Klonopin is a widely popular benzodiazepine drug that is used in the treatment of seizures and anxiety. While not a huge percentage of the population suffers from seizures, it is a debilitating episode of sudden, uncontrolled electrical disturbance in the brain. It can cause changes in your behavior, movements, or feelings, and levels of consciousness.

There are many types of seizures, which range in severity. Seizure types vary by where and how they begin in the brain. Most seizures will only last from 30 seconds to two minutes, but a seizure that lasts longer than five minutes is considered a medical emergency. While it is less common, they are more common than you might think. Most seizures can be controlled by medication such as Klonopin, but managing them can still have a significant impact on your daily life.

While not everyone who experiences seizures struggles with epilepsy, 1.2 percent of the population in the United States lived with the ailment. The number translates to three million adults and 470,000 children. An adult aged 18 or older has active epilepsy if they report they have a history of doctor-diagnosed epilepsy or seizure disorders. Another way to determine if someone has epilepsy is if they take medicine to control it, or experienced more than one seizure in the past year. Epilepsy can be a debilitating disorder that robs someone of their life. Seizures can cause death in extreme occasions, and medication is required to control it. 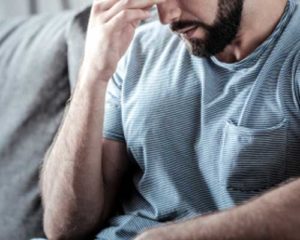 While those who use benzodiazepine drugs to control seizures are less likely to abuse them, treating anxiety can be a more significant factor when it comes to overdosing on Klonopin. Seizures are hard to determine when they will occur, but those who struggle with an anxiety disorder are at a higher risk since anxiety stays with someone regularly.

Occasional stress is a part of everyday life, and you may feel anxious when you are taking a test, starting a new job, or making an important decision, but anxiety disorders involve more than temporary worry or fear. Someone with anxiety disorder knows that it does not go away, and it will start to interfere with work, school, and relationships.

It’s easy to understand why people with anxiety will abuse their medication. They are seeking relief, and sometimes the only way to achieve it is self-medicating. Unfortunately, abusing their medication carries real risks, and one such risk is overdosing. Klonopin overdose is a real possibility, and when using the drug in conjunction with other depressants such as opioids or alcohol, the odds of an overdose increase significantly. An estimated 30 percent of those who overdose on opioids also had benzodiazepines present in their bodies, according to a study released by the National Institute on Drug Abuse (NIDA). Knowing the symptoms of Klonopin overdose can help someone save a life

Klonopin is a benzodiazepine that is popular for its fast-acting effects. It was created in 1975 to treat seizures. It was later discovered it could offer therapeutic effects in a broader spectrum, and it was then approved to treat panic attacks, tic disorders, schizophrenia, and restless leg syndrome.

Klonopin is the second most abused benzo drug behind Xanax, and while the majority use the medication for its intended purpose, there is a vast market for Klonopin that extends beyond its medicinal reach. The popularity of the drug has skyrocketed over the years, mainly in part from the music that glamorizes it. There have been several articles released highlighting how dangerous Klonopin can be.

Benzos are among the most abused drugs in the nation, and unlike opioid drugs, the withdrawal can be fatal. Klonopin works as a tranquilizer to block receptors that cause stress. It produces a high that can be dangerous due to the sedative effects. It reduces coordination, which can be deadly in its own right if someone gets behind the wheel of a car.

After extended use, the body reaches a point where it cannot become calm without using Klonopin. When someone becomes tolerant, it requires them to consume higher doses of the drug, which can lead to an overdose.

Consuming Klonopin can lead to an array of side effects, such as:

Safe and unsafe doses of Klonopin vary on the user, and someone may overdose without intending to do so. One case, for example, is someone who uses the drug in conjunction with alcohol. They may not feel the effects because they are masked, and they’ll continue to take more until it’s too late. As a central nervous system (CNS) depressant, Klonopin can cause an overdose that threatens vital bodily functions.

Common symptoms of Klonopin overdose include:

An overdose from Klonopin will interfere with thinking and reaction times. If the central nervous system is slowed down too much, breathing and consciousness may be lost.

While side effects are expected to occur when using Klonopin over an extended period, they should never be severe enough to cause any mental or physical impairments. If you are experiencing any side effects, such as the ones listed above or thoughts of suicide, you must contact 911 immediately.

How to Treat a Klonopin Overdose

If you suspect someone has overdosed on Klonopin, the first step you should take is to call 911 immediately. Klonopin is a potent drug that has the potential to cause death, and the first step is to contact emergency help.

If you think someone is abusing their Klonopin prescription, you must be aware of the symptoms of an overdose to prevent death.  Emergency responders can provide the necessary treatment to stabilize the patient and save their lives, but the longer someone waits, the smaller the window for survival becomes.

Some immediate actions you can take for Klonopin overdose include:

Having basic knowledge of first aid will be the difference between life and death in an emergency. Consider taking a first aid course, and you will be able to manage if someone is injured or becomes ill. Knowledge is power, especially when it comes to treating an overdose.