Xanax Use: Can It Lead to Depression? (What the Research Says)

Xanax (alprazolam) is a medication in the benzodiazepine class. Benzodiazepines are central nervous system depressant substances (CNS depressants), and they are primarily used to treat clinical anxiety and seizures. They also may be used as sleep aids and to treat symptoms that occur during withdrawal from alcohol or other drugs.

A CNS depressant works by slowing down the activity of the neurons in the brain and spinal cord. Like other benzodiazepines, Xanax accomplishes this function by increasing the functioning of an inhibitory neurotransmitter known as GABA (gamma-Aminobutyric acid).

Xanax was primarily developed as an alternative to the use of long-acting benzodiazepines and barbiturates, and it was initially believed to have less potential for addiction because it is shorter-acting than many of these drugs. However, like most benzodiazepines, Xanax may be a significant drug of abuse.

Depression refers to a clinically significant mental health disorder that consists of numerous potential symptoms. The major symptoms of major depressive disorder, the clinical term for depression, are decreased mood (sadness or the blues) and an inability to experience pleasure from activities that typically give the person pleasure.

There are different types of depressive disorders listed by the American Psychiatric Association (APA). Major depressive disorder (MDD) is the disorder that most people refer to when they are referring to clinical depression. To receive a diagnosis of MDD, the person must display five or more of nine potential symptoms during the same two-week period.

MDD should not be confused with normal sadness that occurs as a result of everyday mood fluctuations or with loss of a loved one (bereavement). MDD is a clinical disorder that requires a formal assessment and a diagnosis made according to standard clinical criteria.

Is Xanax Used To Treat MDD?

Many websites incorrectly state that Xanax is the first-line treatment for MDD. Benzodiazepines, including Xanax, are not primary treatments for MDD and never have been.

The Mayo Clinic lists the types of interventions that are typically used to treat MDD. These consist of antidepressants and other medications that address certain presentations that occur in MDD, such as psychosis or anxious distress.

According to the Mayo Clinic, APA, and numerous other sources, benzodiazepines (anti-anxiety drugs) may be prescribed as adjunctive medications (additional medications) in the treatment of certain presentations of depression, particularly presentations where the individual has mixed features, anxious distress, severe insomnia, or significant restlessness and irritability.

However, anti-anxiety medications like benzodiazepines are not considered to be primary treatments for MDD.

Therefore, it is not standard clinical practice to prescribe Xanax as the primary medication used in the treatment of MDD. Instead, Xanax is typically used in conjunction with antidepressants and other medications to address certain types of symptoms.

Can Xanax Cause MDD? 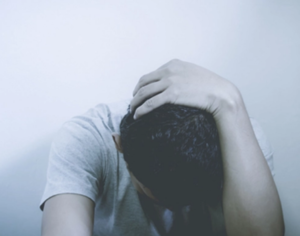 No, absolutely not. According to the diagnostic criteria put forth by APA, one of the diagnostic considerations in the diagnosis of MDD is that the symptoms being expressed by the person “are not attributable to the physiological effects of a substance.”

This means that drugs or alcohol cannot cause the symptoms. Therefore, anyone who is experiencing or displaying depressive symptoms as a result of the use of Xanax or any other drug cannot be diagnosed with major depressive disorder.

Nonetheless, Xanax use may result in some individuals displaying significant issues with depressive symptoms, such as sadness, loss of interest, problems sleeping, weight loss, and even suicidal thoughts.

The Relationship Between Xanax and Depression

If a person has been taking Xanax for their anxiety and begins to display depressive symptoms, it can be difficult to ascertain whether this represents a depressive reaction to the anxiety or if it represents an interaction as a result of medications.

One of the long-term side effects associated with use of benzodiazepines is the development of depressive-like symptoms. When it can be determined that a medication is directly responsible for the development of depressive symptoms that fit the diagnostic criteria for MDD, the person is diagnosed with a substance/medication-induced depressive disorder. Such a diagnosis can only be made by a trained mental health professional. Xanax use or abuse could be responsible for this diagnosis.

People prescribed Xanax for the treatment of issues with anxiety, as a sleep enhancer, or even in the treatment of seizures often experience therapeutic relief of their problems. If Xanax is prescribed for short-term use, there are usually no detrimental side effects. However, individuals who use Xanax for lengthy periods may experience problems with attention and concentration, memory, slurred speech, irritability, and fatigue.

According to the book Kaplan and Sadock’s Concise Textbook of Clinical Psychiatry, research indicates that a very small percentage of people who use benzodiazepines under medical care (less than 5 percent) may display the side effect of depression. If the symptoms are causing the person significant distress or impairment in functioning, they may be diagnosed with a substance/medication-induced depressive disorder. Abusers of drugs are far more likely to experience detrimental side effects associated with the drug.

According to the National Institute on Drug Abuse (NIDA), benzodiazepines like Xanax are most often not primary drugs of abuse; rather, they are abused in conjunction with other drugs. Most often, benzodiazepines are abused with opiate drugs, alcohol, and other benzodiazepines. All these drugs are central nervous system depressants.

Abusing central nervous system depressants can result in the person losing their ability to control their emotions and inhibits certain types of behavior. Very often, individuals who abuse these drugs will display severe depressive symptoms, such as decreased mood, crying, sadness, and so forth. Xanax use in these cases is not uncommon.

There is a significant potential for individuals who are expressing depressive symptoms as a result of being under the influence of benzodiazepines such as Xanax to engage in potential self-harm. Research has indicated that individuals who abuse central nervous system depressants are at a greater risk to engage in suicide attempts if they are experiencing depressive symptoms.

According to the APA, Potential Signs of Depression as a Result of Xanax Abuse Are:

The person is then thoroughly reevaluated to determine if there is some other cause of their depressive symptoms.

Who Is Vulnerable to Developing Depressive Symptoms Due to Xanax Use?

Although anyone may develop side effects associated with the use of Xanax, according to the book Managing the Side Effects of Psychotropic Medications, certain groups are at a higher risk to develop depressive symptoms. These include: