What Medications Can Help with Drug Detoxification?

It’s no secret that the abuse of alcohol, tobacco, and illicit drugs causes adverse health effects along with an expensive price tag. The most recent figures released by the National Institute on Drug Abuse (NIDA) show that the United States incurs roughly $740 billion annually in costs related to crime, lost work productivity, and health care.

Illicit drug use in the United States has increased significantly, and an estimated 24.6 million Americans aged 12 or older – 9.4 percent of the population – had used an illicit drug in the past month. The increase mostly reflects a rise in the use of marijuana, but another drug that has become extremely common is opioids. Prescription opioids generated an entire crisis that has decimated the country.

Each day, more than 130 people in the United States die after overdosing on opioids. The misuse and addiction to opiates such as prescription pain relievers, heroin, and synthetic opioids like fentanyl have emerged as the greatest crisis in our generation. It is common to have a friend or family member succumb to addiction to opioids, and we are all affected in one way or another by the current state of affairs.

Drugs like heroin are notoriously tricky to detox from, and medications that help during drug detox have made the tough transition a bit easier for people to handle.

While opioid withdrawal is not deadly, it is bad enough to push someone into relapse. Drugs like benzodiazepines, however, have proven to be fatal during detox. The experts warn of a pending benzo crisis that can affect the country in a way that the opioid turmoil is.

In the past, it was never much of a worry because benzodiazepine drugs were available by prescription only. In the past decade, we have seen an emergence in research chemicals that have identical characteristics to benzos. It is similar to synthetic opioids such as fentanyl, and it can cause serious problems moving forward.

While some drugs are more dangerous than others to detox from, medical detoxification centers provide different types of medications to help alleviate the worst and most dangerous symptoms during the first stage in the continuum of care. Being in a safe environment at this time can make the difference between life or death. Going about it safely and efficiently can help the person abstain from drugs or alcohol long-term when they go through this process. Those who stop cold-turkey from drugs or alcohol are less likely to maintain long-term sobriety, and some have died in the process. If you are serious about sobriety, you must check into detox. Let’s take a look at what medications are used during detox.

Why Are Medications Necessary During Drug Detox?

The Primary Objective During Detox Is to Remove Drugs or Alcohol From the Body and Physically Stabilize the Person in Question. There Is a Wide Range of Symptoms That Can Affect Someone That Include:

If you or a loved one abused drugs or alcohol, it most likely is going to lead to psychological or physical dependency. When the person in question abstains from the substance, withdrawal symptoms will begin to appear. These symptoms will vary from one person to another, and will also differ depending on the drug of choice or length of addiction. Alcohol, benzodiazepines, and barbiturate drugs can result in severe and even life-threatening withdrawal symptoms when stopped abruptly.

There are several medications approved by the United States Food and Drug Administration (FDA) to treat substance abuse and dependency during detox and recovery. Some drugs are effective at treating withdrawal symptoms, while some are better at managing the severity. For example, there are no medications approved for treating benzo or stimulant withdrawal, but different medications can relieve certain side effects and drug cravings.

What Medications Are Used In Detox?

Each drug consumed will require a different approach when being treated. Several factors can influence the outcome, and each individual can use different medications. The treatment must be tailored to the individual’s need. Let’s take a look at some of the remedies for each substance.

Alcohol is inherently dangerous because of how it affects our gamma-Aminobutyric Acid (GABA) and must be treated with caution. Some medications used include:

Stimulant Drugs Are Treated Differently During Detox Than Others. Stimulants Are Not Necessarily Life-Threatening, but Withdrawal Symptoms Can Range From Insomnia to Suicidal Thoughts. Some Medications Used Include:

Opioid detox is especially tough to combat on your own. Withdrawal symptoms can range from mild to severe, and most of the time those who attempt to forego this process alone will relapse. Once their tolerance has dropped, they may go back to using the same dose of the drug prior to quitting which can lead to a fatal overdose. Some medications used include: 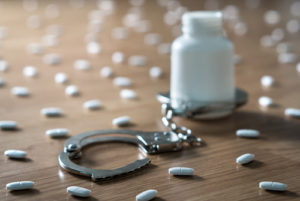 Withdrawal symptoms from most drugs include emotional side effects such as anxiety, depression, and suicidal thoughts or tendencies. Mood-stabilizing medications, antidepressants, and antiadrenergic agents can assist in regulating the difficult emotions most will face during this transition into sobriety.

Antidepressants work by stimulating the production of dopamine or serotonin in the brain. Since these areas are affected by substance abuse, these medications can be beneficial when coming off of these drugs. While other medications may not be used for specific withdrawal symptoms and may not be designed for substance abuse treatment, they can have positive effects on a user. Anti-nausea medications are helpful during alcohol and opioid withdrawal.

Antipsychotic medications can help manage symptoms of psychosis during detox, and another drug called Modafinil is a narcolepsy drug that is used to counteract the crash from stimulant withdrawal. Addiction specialists will also recommend supplements, vitamins, and minerals to assist with recovery and promote natural healing.

With such a wide range of symptoms that can be experienced during withdrawal, it is in the best interest of the person going through this to check into medical detoxification. Detox is a time that can be unpredictable, and surrounding yourself around people who are prepared for the unknown can be the difference between life or death. If you are ready for a tailored detox, it is time to reach out to Serenity at Summit for help.

Are you struggling with an addiction to drugs or alcohol but are afraid to stop because of detox symptoms? Our addiction specialists at Serenity at Summit want to help you today. Our experts can help you transition into sobriety and mitigate the dangers associated.

Let Serenity at Summit be the hand the light at the end of the tunnel. Our addiction specialists are ready to listen to your story right now. Feel free to give us a call 855-956-4940 or contact us online to learn more about how we can help.