When pesky allergies make you uncomfortable, it is logical to reach for whatever makes you feel better. Diphenhydramine, better known by its name brand Benadryl, is an over-the-counter medication that can soothe some of your allergy symptoms.

A 2009 case study published by the Journal of Psychopharmacology explains that it possible for people to abuse diphenhydramine (DPH). It also causes symptoms of withdrawal that require detoxification in a hospital setting.

In a 2010 study, the Journal of Child and Adolescent Psychopharmacology explained that more data needs to be gathered on who misuses over-the-counter medications such as diphenhydramine. The study noted that teenagers are a vulnerable group because OTC medications are available, legal, and cheap.

Diphenhydramine is also commonly misused when taken as a sleep aid.

Other Reports of Misuse Include:

Men with schizophrenia were found to be most likely to misuse DPH, especially if they were using antipsychotics.

How OTC Medications Are Abused

Per a December 2017 press release from the National Institute on Drug Abuse (NIDA), over-the-counter medications are misused when they are:

Medical News Today warns people against mixing Benadryl with alcohol because it is a central nervous system depressant. If you take diphenhydramine with alcohol, the calming effects of both substances could combine and cause you to feel excessively drowsy.

Other Possible Effects of Taking Diphenhydramine and Alcohol Together Are:

Can DPH Cause Withdrawal Symptoms?

After regular use, diphenhydramine has been found to cause symptoms of withdrawal. These include the following:

People have self-reported feeling symptoms of withdrawal on forums such as Quora, but the Journal of Child and Adolescent Pharmacology has also documented that it is possible to experience withdrawal symptoms if DPH is abused.

What to Expect From DPH Withdrawal

Everyone is different, but most people can expect withdrawal to go like this:

It is essential that you seek help from your doctor if you are misusing diphenhydramine.

MedlinePlus states that it is possible to overdose on DPH. Call 911 or go to the hospital immediately if you or someone else overdoses on DPH.

What to Look For in a Detox Center

Detox is the process through which you get rid of substances that are currently in your body. NIDA mentions that it is only the first step in the process of recovering from an addiction to a substance.

DPH misuse is serious, and medically assisted detox should be available as a short-term treatment. When looking for a detox center, it is best to find a place that will eventually treat your addiction and help you remain substance-free.

There are other things to look for in a detox center, as outlined by NIDA. 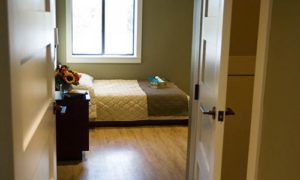 Clients who are treated for DPH misuse may receive medication as they taper their dosage. The Journal of Child and Adolescent Pharmacology says that the teenage patient in their case study received 25 mg of naltrexone to decrease her cravings.

Recovery also works best if it includes therapy. NIDA mentions that some successful therapies are: