In 1996, OxyContin hit the U.S. prescription drug market like a tidal wave. An innovative marketing campaign hailed it as a transformative pain pill. OxyContin was prescribed on the idea that users only needed to take one every 12 hours, which gave it a unique advantage over competing drugs.

Before OxyContin, narcotic painkillers were seen as a niche drug for terminally ill patients, especially those who have cancer. The makers of OxyContin were able to convince doctors that the drug could be prescribed to a larger market. Eventually, doctors would prescribe OxyContin for back aches and knee pain.

As a result, OxyContin revolutionized the pharmaceutical industry and generated billions of dollars in profits for its makers, becoming a “blockbuster” drug many times over.

However, this breakthrough medication is blamed for triggering the current opioid epidemic, the deadliest drug scourge in American history.

Unlike the illicit drug epidemics of previous generations, oxycodone addiction would afflict people from all walks of life, up and down the socioeconomic ladder. It would claim the lives of those who were prescribed the drug for back pain but got addicted during the process. OxyContin would prove to be a bridge to heroin use when people could no longer afford the prescription. It would eventually kill one woman, whose viral obituary revealed how OxyContin took over her life after she was first introduced to it at a high school party.

In recent years, various states and municipalities have sued the company that makes OxyContin for the financial toll the drug has exacted on their health systems. The makers of OxyContin were recently granted a patent for a medication to treat opioid addiction, which their drug helped fuel.

Today, an estimated 130 people in the U.S. die every day from opioid overdose, with OxyContin remaining a key driver of an epidemic.

OxyContin is a time-release formula of oxycodone, a semi-synthetic opioid. The U.S. Food and Drug Administration (FDA) approved it in 1995, and it hit the U.S. market that same year.

Like other opioids, OxyContin works by binding to opioid receptors in the brain and spinal cord, blocking pain signals. The body already performs this process naturally to regulate pain. Yet, OxyContin continuously activates opioid receptors to the point where the brain and nervous system are flooded with opioids. This is how OxyContin produces pain relief and sedation. It also spikes levels of dopamine, a brain chemical that controls the brain’s reward and pleasure centers. The way it affects dopamine produces a rush of pleasure and euphoria in users, causing them to feel “high.”

Ultimately, OxyContin rewires the brain with each use, so much so that people associate taking the drug with the release of that feel-good dopamine. That association is what fuels the cycle of dependence and addiction.

There is a common misconception around substance abuse, that side effects and warning signs will announce themselves in someone all at once. The truth is these signs and behaviors can subtly manifest themselves over time. What’s more, someone who is misusing or abusing OxyContin may not exhibit all of the signs.

However, there are key indicators of dependence that will begin to show in a user. The National Institute on Drug Abuse (NIDA) states that dependence occurs when neurons in the body adapt to the repeated introduction of a drug and can only function normally when the substance is present.

When someone engages in long-term OxyContin use, the person will eventually exhibit physical and mental side effects, which indicate a growing problem. Those effects include:

The telltale sign that an OxyContin dependence has declined into an addiction is when a user begins to lose control over how often they seek and use the drug. They will exhibit compulsive and obsessive behaviors to the point where obtaining OxyContin becomes the main priority in their life.

Because the drug becomes the driving force behind nearly every action, they will use OxyContin in the face of adverse situations, including job loss, legal woes, and strained personal relationships, or worse.

These are surefire behaviors that indicate OxyContin addiction. Among them are:

If these side effects and signs are recognizable in yourself or a loved one, then it is imperative that you get professional addiction treatment. Waiting to seek treatment could introduce the risk of a potentially fatal overdose.

How Is Oxycontin Addiction Treated?

The first step of any substance abuse treatment program begins with medical detoxification, which lasts between five-to-seven days. A detox removes OxyContin and any other toxins from the system to restore your brain and body’s natural chemistry. Opioid withdrawal symptoms tend to be mild when compared to the hazardous ones produced by benzodiazepines. 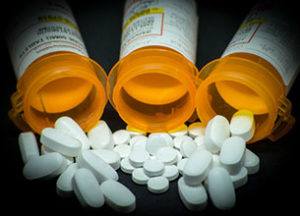 Still, an OxyContin detox never should be attempted alone because the symptoms are painful and uncomfortable enough to cause users to relapse. A professional, medically supervised intervention is the safest most comfortable route. In detox, our doctors can administer medication to ease your withdrawal symptoms. What’s more, experienced clinicians will assess the best treatment options for you going forward.

After detox is completed, the next step in your recovery program is ongoing care at a treatment facility. For severe addictions, residential treatment is highly recommended. In residential treatment, you will stay at a facility and receive therapy and counseling designed to help you get to the root cause of your addiction.

Residential care usually lasts 30-to-90 days. However, NIDA recommends that treatment last the full 90 days from detox to completion. This time frame has been shown to produce the best results. While in the residential phase of your recovery program, you will have access to the following treatment modalities:

In outpatient treatment, you will be equipped with the mental tools to fight relapse.

How Dangerous Is OxyContin?

Whether illicit or prescription, opioids are extremely dangerous, and OxyContin is no exception. OxyContin is dangerous when ingested by itself, but when it is consumed with alcohol or another drug, the risk of overdose and kidney and liver damage heightens.

Overdose symptoms of OxyContin include:

If someone is exhibiting signs of overdose, then it is vital that they immediately seek emergency medical attention. You should also be aware that even if emergency services are alerted in time to reverse an overdose and prevent death, severe and permanent brain damage is possible due to a lack of oxygen.

This involves the following:

You do not have to tackle your OxyContin addiction by yourself. At Serenity at Summit, we offer a range of treatment options and resources to help you achieve sobriety and attain a fulfilling, hope-filled life.