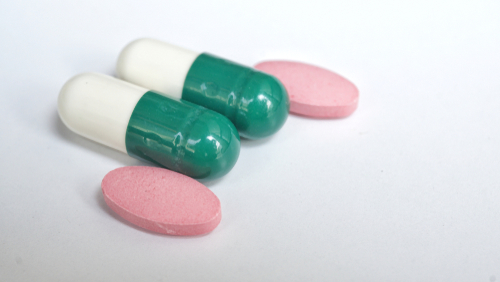 When you think of drug addiction, what comes to mind? Is it a person who’s hooked on so-called street drugs?

Some of the most addictive substances are legal and quite pervasive in the U.S., most of which give users a sense of emotional well-being and euphoria for a short time. This is a strikingly similar experience that the person taking street drugs is seeking, by the way.

When looking at the list of the 10 most addictive legal drugs, you’ll see that several are only available in specific situations: via prescription. However, others are found in common items at the grocery store, some of which the average American may consume daily.

Learn more about detox and addiction treatment options at Serenity at Summit, an emergent drug and alcohol rehab network in the Northeast.

Which Legal Drugs Have the Most Addictive Properties?

The following is a list, from weakest to strongest, of the 10 most addictive legal drugs, whether common or rare, found in the U.S.:

Almost everyone drinks coffee, right? Well, the beverage’s active ingredient is caffeine, which is the most commonly consumed psychoactive substance in the world. Not only is caffeine found in coffee, but it comes in tea, chocolate, soda and many other items we eat and drink, which is why it’s hard to abstain from it. A Gallup poll in 2015 found that nearly two-thirds of adult Americans drink at least one cup of coffee a day.

Moderate amounts of caffeine are said to be healthy, but too much of the substance can cause insomnia, nervousness, twitching, increased heart rate and even vomiting. Caffeine consumers can build up a tolerance to the substance, requiring more and more of it to feel satisfied. Heavy caffeine use can lead to a litany of withdrawal symptoms when not on the substance, such as headaches, lethargy, depression, constipation, dizziness, muscle cramping, nausea and irregular heart rate.

Ritalin is usually taken to treat ADD or ADHD, but this medication works on brain in the same manner as cocaine. Ritalin tablets contain the active ingredient menthylphenadate, a type of stimulant. When crushed or snorted, a person can feel its effects within a few minutes and is more likely to develop an addiction.

Almost 16 million prescriptions for stimulants like Adderall were written in 2012, triple the number of just four years prior. Side effects of Ritalin include nervousness, agitation, loss of appetite, vomiting, heart palpitations, vision problems, psychosis and more. Long-term use of Ritalin can cause malnutrition, liver and kidney damage, depression and high blood pressure, the latter of which could result in a heart attack or stroke.

Adderall has become widely used by students, athletes, truck drivers and others who need to stay awake for long periods of time or for ADHD symptoms. This prescription medication has now crossed over into popular use as a recreational drug, as it is a stimulant with some effects similar to cocaine. Adderall comes in the form of a tablet and, it contains amphetamine and dextroamphetamine.

Adderall is similar to Ritalin, although slightly more addictive with longer-lasting effects upon consumption. Adderall produces abnormally high levels of dopamine in the brain and can lead to restlessness, dizziness, headaches, weight loss, dry mouth and insomnia. In 2012, more than 116,000 Americans were admitted to a rehab program for addiction to amphetamines like Adderall.

Valium is a benzodiazepine that has been on the market for several decades as both a treatment for moderate to severe anxiety and as a sleep aid. Valium can sometimes be combined with other drugs to treat seizures. It is also one of the first prescription drugs to become the object of abuse by users, due to its sedative properties.

Generically known as diazepam, Valium can lead to a number of side effects, such as drowsiness, fatigue, loss of balance, muscle spasms, rage depression and double vision. When someone has become dependent on Valium, withdrawal symptoms may occur, such as sweating, nausea, vomiting, headaches and insomnia. As far as benzodiazepines go, Valium is the fourth-most prescribed medication in the U.S.

Fentanyl is a narcotic which is 80-100 times more potent than morphine, although slightly less addictive. It can be prescribed legally to patients who are living with chronic, intense pain. For those who abuse it, this drug can become addictive very quickly, and it has the potential to be deadly. This substance is available via skin patch, lozenge, pill, dissoluble film, injection, nasal spray or IV.

Unlike morphine, fentanyl is synthetic, making it a part of the opioid class. Fentanyl’s effects kick in quite rapidly, but fade rather quickly as well. Fentanyl is almost never prescribed unless the individual has taken another opiate or opioid before. The side effects of fentanyl include fatigue, nausea, itchiness and vomiting. Taking too much of the substance at one time could suppress breathing to the point of death.

That bring us to morphine, which is an opiate medication that can be prescribed to treat moderate and severe pain. It can be highly addictive for many people, as it changes the way the body feels and responds to pain. It can be taken orally, via injection or intravenously.

Takin morphine over a long period of time causes its painkilling properties to not work as well. Long-term use can lead to withdrawals when not under the influence of the drug. Withdrawal symptoms include restlessness, sweating, muscle aches, runny nose and nausea.

Seconal is a barbiturate, and this class of drugs is prescribed to treat anxiety and sleeplessness. Most prescriptions for this medication cannot be refilled due to the potential for addiction. Seconal (aka secobarbital) is also given to some patients prior to surgery to keep them calm.

Seconal withdrawal effects can be significant if taken in high doses or over a long span of time. These symptoms include twitching, anxiety, trouble sleeping and vivid dreams. Harsher effects include seizures, hallucinations and (in rare cases) death.

OxyContin (which contains the active ingredient oxycodone) is a legal opioid that is generally prescribed to relieve moderate to severe pain. This medication is also abused by others on a non-prescription basis because it can produce feelings of euphoria. OxyContin is a slow-release painkiller that doesn’t fully kick in until 12 hours after consumption.

OxyContin is not prescribed on an “as needed” basis for pain. This narcotic is never prescribed to children, and those who mix it with alcohol can suffer an accidental overdose. OxyContin is not quite as strong as heroin (an illegal opioid), but it’s one of the most addictive legal drugs, nonetheless. OxyContin abuse was actually on a downward trend from 2010 to 2012, but unfortunately heroin use rose during that time.

Alcohol is legal for adults 21 and older to purchase and consume, but it is another highly addictive substance. Alcohol is found in most grocery stores, pharmacies, restaurants, sports venues and more. The liquid substance is commonly available in three forms (from weakest to strongest): beer, wine and hard liquor (aka spirits).

Alcohol is a depressant that initially makes the user happy and less reserved, while also dulling most pain. Excessive alcohol consumption impairs judgment and depth perception, and can cause drowsiness, excessive rage, unconsciousness and even blackouts. Long-term alcohol use can lead to liver and nerve damage, sexual problems, high blood pressure, permanent brain damage and deterioration of motor skills.

Alcohol abuse has the potential to tear apart families, in addition to being a risk for a number of severe health conditions. When people are admitted into an addiction treatment program, alcohol is cited as one of the leading causes. The CDC estimated excessive alcohol use led to 88,000 deaths in the U.S. between 2006 and 2010.

About one-third of people who inhale or ingest nicotine end up getting addicted. Once that happens, it’s very difficult to give it up, as anyone who has tried to quit smoking will readily admit. Nicotine is subsequently a stimulant and a relaxant. It induces a pleasant, happy sensation, while also providing a rush of adrenaline, increasing the heart rate and blood pressure.

Nicotine is available in the form of cigarettes, cigars, chewing “smokeless” tobacco and pipe tobacco. E-cigarette use is on the rise, which cuts out the tobacco but still involves the highly addictive nicotine.

Although cigarette smoking has waned somewhat in recent years, nearly 40 million adults in the U.S. currently smoke cigarettes. The CDC says cigarette smoking is the leading cause of preventable disease and death in the U.S., responsible for more than 480,000 deaths annually. As for chewing tobacco, at least 28 chemicals in the product have been found to cause cancer.

Alcohol and Drug Addiction Treatment at Serenity at Summit

If you or loved one is struggling with an addiction to an illegal or legal drug (including alcohol), get help right away from Serenity, a network of inpatient, detox and outpatient facilities in the Northeast.

Serenity currently boasts exceptional treatment facilities in New Jersey, Pennsylvania and Massachusetts. Our staff is skilled and experienced in treating the effects of almost any type of drug available, legal or illegal, prescription or non-prescription.

With detox, inpatient, outpatient, co-occurring and after care options, we’ve got the appropriate treatment level you or a loved one needs to begin and maintain a recovery from addiction. Call Serenity today to begin customizing a treatment program, or click below to learn more about our treatment processes.