Meth’s Addiction Potential: How Addictive Is It Really?

Methamphetamine is a highly addictive drug that can lead to severe physical and psychological dependence, according to the  U.S. Drug Enforcement Administration (DEA). The DEA labels meth as a Schedule II controlled substance, which means that there is some appropriate medical use for the substance, but it also has high abuse potential.

As a Schedule II drug, meth is in the same category of addiction potential as Vicodin, cocaine, hydromorphone, methadone, OxyContin, Adderall, Ritalin, and fentanyl. Drugs that are considered more addictive than meth, according to the DEA, include heroin, ecstasy, methaqualone, and peyote.

Meth is a stimulant substance that can be used in some medications for ADHD and weight loss, according to the National Library of Medicine. Even when taken as prescribed, it can become habit-forming.

In illicit markets, meth is sold in either powder or rock form known as crystal meth. The powder is snorted or eaten, and it can be mixed into an injectable that is used intravenously. Crystal meth is smoked from a pipe.

The method of ingestion can affect how quickly a person becomes addicted because some methods of consumption have more rapid and potent effects in the brain. While people receive a quick high from taking the drug, they also experience a rapid crash after, which leaves them craving more of the drug. This crash often triggers a binge that can last several days for some users.

How Does Meth Actually Cause Addiction? 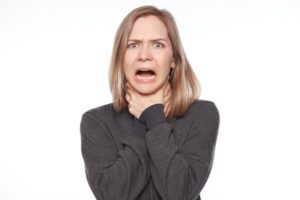 According to the National Institute on Drug Abuse (NIDA), meth increases the level of the neurotransmitter dopamine in the brain. Dopamine is a natural chemical that is involved in the brain’s reward system. When the brain is flooded with dopamine, it creates a high that triggers the brain to reinforce the behaviors that brought the pleasant feeling.

Meth functions in the same way as some other stimulant drugs in the body and brain. In small amounts, it produces an energetic effect that increases alertness and decreases appetite. In large amounts, it can trigger a euphoric high that induces the flood of dopamine associated with addictive triggers in the brain.

The increased dopamine in the brain reinforces drug-seeking behavior. When this cycle continues over a prolonged period of time, the brain becomes less sensitive to the presence of the neurotransmitter, decreasing its effectiveness.

Addiction can develop quickly in people who abuse methamphetamine. The brain drives a compulsive desire to consume more of the substance, while the body develops a tolerance to the drug and needs increasingly larger amounts to experience the same effect.

Withdrawal Symptoms from Methamphetamines Include:

Research supports the connection between the function of methamphetamine in the brain, neuroplastic changes, and inflammation in the striatum area of the brain.

A study published in the journal Psychopharmacology examined changes in the brains of meth-consuming rats. It concluded that meth exposure causes changes in gene expression and structural plasticity that leads to addiction and cognitive dysfunctions.

This supports much of the addiction research that has documented the changes that occur in the brain during substance abuse that reinforce addictive behavior. Research in addiction science has found that the impact of addictive substances triggers cycles in the brain that drive compulsive drug-seeking behaviors and affect the function of natural brain chemistry.

Another symptom of addiction is the inability to feel pleasure from other normal life activities. As the brain demands more meth to receive pleasure, activities that usually provide a natural reward response, such as spending time with loved one or engaging in previously enjoyed activities, will no longer bring pleasure.

The brain has lost the ability to produce dopamine during other activities because it now requires the presence of meth to trigger that dopamine This is why people with addictions often lose interest in doing things they used to enjoy. Instead, they choose to spend increasing amounts of time and effort seeking and using methamphetamine.

How Widespread Is Meth Abuse?

It is difficult to say for sure what the rates of addiction are among methamphetamine users because some people are using methamphetamine as prescribed medication, while others are abusing illicit meth purchased from street markets.

Addiction is characterized by compulsive drug-seeking behaviors that accompany a physical dependence on the drug. Some people may misuse their medication by crushing and snorting it or consuming it in other ways that are not intended by the manufacturer. Other people may go on drug binges that last several days.

Approximately 1.2 million people used meth in the prior year, according to the 2012 National Survey on Drug Use and Health (NSDUH), which amounts to 0.4 percent of the population. This does not mean that all of these users are addicted, however.

Meth was cited as a factor in about 103,000 emergency room visits in 2011, which made it the fourth most common illicit substance in emergency department visits behind cocaine, marijuana, and heroin.

Overdoses involving psychostimulants such as methamphetamine have risen in the past two decades. According to NIDA, there were 10,333 overdose deaths in 2017 involving all psychostimulants, up from 547 in 1999.

Users often don’t know what the substance they are buying has been cut with. This can lead to overdose more quickly and substantial harm to the body.

When methamphetamine is used as prescribed, it can still become habit-forming. People who take medications to address ADHD, narcolepsy, or weight loss should only take their medication as prescribed to prevent neurological changes in the brain that can lead to addictive behaviors.

The addictive potential of meth is increased when the drug is snorted, smoked, or injected intravenously. These methods cause a more rapid and potent reaction in the body that can make the drug even more addictive.

No Illicit Use Is Safe

People who try meth for recreational purposes can quickly become addicted, particularly those who have a personal or family history of substance abuse.

There is no safe level at which illicit methamphetamine can be consumed. Each individual will react differently. Meth use can quickly spiral out of control, causing serious damage to virtually every area of life.