Hydromet is the brand name for a hydrocodone combination product that contains homatropine and hydrocodone, according to the U.S. National Library of Medicine. It is used as a cough suppressant.

Hydrocodone is an opioid medication that is a Schedule II controlled substance, according to the U.S. Drug Enforcement Administration (DEA), which means that it has a high potential for abuse and can cause severe psychological or physical dependency.

It is an antitussive medication that can function as a cough suppressant. It can also impact areas of the brain that stop the urge to cough

Homatropine is in the anticholinergic class of drugs.

The combination of these two drugs is effective in treating dry coughs, but Hydromet can be addictive.

Hydromet is used to relieve cough symptoms often caused by the common cold or other conditions.

The medication is intended for short-term use with acute illness, not for chronic problems related to lung conditions like asthma or emphysema.

Because Hydromet contains the opioid medication hydrocodone, it has abuse potential. Opioid drugs can be habit-forming, according to the National Institute on Drug Abuse (NIDA).

Potential Dangers of Use

Some side effects of hydrocodone combination products can be dangerous. If you experience any of the following symptoms after taking Hydromet, seek medical attention immediately:

These symptoms could indicate an overdose or a bad reaction to the drug.  Death can occur from overdosing on this medication.

Long-term use of the drug could result in tolerance, dependency, or addiction.

Addiction is characterized by compulsive drug-seeking behavior that accompanies dependency on the drug. If a person has been taking Hydromet for a prolonged period of time and develops dependence on it, they could experience withdrawal symptoms that drive the urge to consume more of the drug.

If a person is taking Hydromet more often or in larger doses than prescribed, this is a sign of substance misuse. Any time a drug is being consumed in ways other than intended, it is considered prescription drug misuse, according to NIDA. Taking the medication with the intent to get high rather than to treat legitimate medical symptoms is a clear sign of abuse.

People who become addicted to Hydromet will likely engage in drug-seeking behaviors. They may attempt to get prescriptions from multiple doctors, a practice known as doctor shopping that can result in arrest and prosecution.

They may also seek out other forms of opioid medications to provide relief from withdrawal symptoms. When they aren’t able to get their hands on Hydromet or other prescription painkillers, they may turn to heroin. Many people find heroin is easier to obtain and often cheaper than prescription opioids. 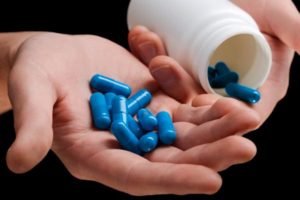 Hydromet is one of many opioid drugs that are contributing to rising opioid addiction and overdose rates in the United States.

Many opioid addictions start with legitimate medical use. Once tolerance forms, the person might begin abusing the drug to feel its effects. Coupled with dependency, it isn’t long before addiction takes hold.

The National Institute on Drug Abuse (NIDA) reports that 1.2 million emergency room visits involved the misuse of prescription drugs and other supplements in 2009.

Many people first develop a tolerance to an addictive drug, which means that they become desensitized to the presence of the drug in their body and need higher doses to achieve the same effects.

As tolerance increases, dependency can result when the body becomes accustomed to the presence of the drug. The body begins to crave the drug, driving the user to take more when it starts to metabolize out of the system.

If withdrawal symptoms are present when Hydromet is stopped, it is a sign of dependency. People who have been taking opioids for an extended amount of time or abusing the medication may experience withdrawal symptoms when they try to stop taking the drugs.

According to NIDA, signs of opioid withdrawal include the following:

Treatment for Hydromet addiction will depend on the severity of the addiction.

For those with short-term or mild addictions, outpatient treatment may be enough for them to find a foothold in recovery. Those who have a more severe opioid addiction and a substantial history of substance abuse will need a more advanced treatment plant that involves medication management and a higher level of care throughout early recovery.

Medication-assisted treatment (MAT) is considered the most effective way to address opioid addiction. The Substance Abuse and Mental Health Administration (SAMHSA) states that MAT for opioid abuse can be completed with a few different options.

MAT does not only involve medication. Therapy is part of the overall plan.

Substance use disorders need to be treated as medical conditions that affect the brain and require multiple treatment modalities. Many times, addiction treatment centers employ the use of various types of therapies to give clients the most comprehensive program for recovery.

Recovery involves more than just willpower or a desire to quit. According to NIDA, drugs change how the brain works, so addiction treatment has to include a treatment plan that addresses those changes.

Relapse is often part of the recovery process. Addiction is a chronic condition, signified by instances of relapse.

Relapse isn’t a sign that treatment has failed. It means that changes need to take place. This may involve a return to therapy or attempting a different therapy approach. The important part is to get back on track with treatment following a relapse.

Managing a chronic condition like addiction means that you must continually follow through on your treatment recommendations.

Recovery is a lifelong journey. With continued therapeutic involvement and commitment to a balanced life, you can live a sober life.