Levothyroxine Overdose: Recognize It & How to Treat It

A levothyroxine overdose is signified by trouble breathing, collapse, and seizures. If you witness an overdose, call 911 immediately.

Hypothyroidism is not talked about often, and many people live with this health issue for a while before they receive a diagnosis.

Levothyroxine is a hormone replacement medication that can help them lead a more normal and energetic life.

As stated by the University of Michigan, levothyroxine is also taken for the treatment of an enlarged thyroid, a condition that can occur because of cancer, surgery, radiation therapy, or hormone imbalance.

Even when taken as directed, it is possible to overdose on this medication. This could accidentally occur because it takes some time for doctors and patients to understand how much of the medication they need to replace the thyroid hormones the body no longer releases.

Is It Possible to Take Too Much Levothyroxine? 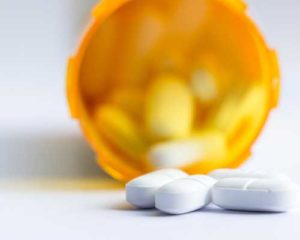 Some people are overmedicated for health issues relating to their thyroid. Reasons for overmedication can include:

This could cause the body to absorb the different format faster, causing overmedication.

They also recommend that patients and doctors work on more individualized plans instead of expecting thyroid hormone replacement to be a one-stop solution for everyone.

The prevalence of prescriptions for thyroid medication make it easy for someone to become overmedicated, and this adds to their risk of overdose.

Other Causes of Overmedication

Some reasons for overmedication with thyroid medication are outside of the control of a doctor or patient.

Misuse of Levothyroxine and Possible Overdose 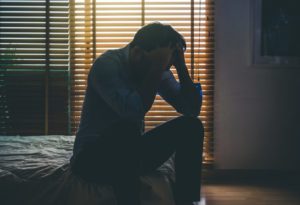 Unlike other drugs of abuse known to cause euphoria or other pleasurable effects, levothyroxine is often misused for more pragmatic reasons.

On September 2015, Sports Illustrated mentioned that anti-doping agencies in the United States and the United Kingdom lobbied for thyroid medications to be added to the list of banned substances by the World Anti-Doping Association.

Athletes who have thyroid issues can use levothyroxine to combat normal feelings of fatigue. Doping agencies in the U.S. and United Kingdom felt that healthy athletes might misuse thyroid hormone replacement medications to improve their stamina.

Hypothyroid and other thyroid complications often cause a person’s metabolism to slow down. When a person takes medication, they might lose weight as their metabolism normalizes.

As such, some healthy people may use levothyroxine for weight loss or obesity despite warnings against this from the University of Michigan.

MedlinePlus warns that people who take levothyroxine for weight loss despite having normal health subject themselves to toxic effects from this medication. The medication may not actually help a person lose weight.

Recognize Signs of An Overdose

Even when not overdosing, people may experience chest pain or a faster heartbeat that also requires quick medical attention.

Calling 911 is the best first step to help someone with an overdose. MedlinePlus has additional recommendations.

The Iowa State University Police Department says that people who call using a cellphone should not hang up during the call. Be prepared to provide your exact location, and you will probably be told to wait on the phone until help arrives.

Once at the hospital, any life-threatening issues will be treated first.