If you’ve consumed Adderall and experienced unknown depression, you should continue reading this article. The most likely answer to how Adderall can cause depression is by abusing the medication. In this depressed state, an individual may experience irritability, sadness, a lack of energy, a loss of pleasure in their favorite activities, and anxiety.

Adderall is a combination of dextroamphetamine and amphetamine, and it is commonly used to treat attention-deficit hyperactivity disorder (ADHD). Of all the medications used to treat this disorder, Adderall is the most frequently abused medicine in this category.

The goal of Adderall is to increase the person’s quality of life and reduce the symptoms of their ADHD. A small percentage of those who use the medication report dysphoric feelings and depression when using this medicine.

Those who abuse the drug can also develop a sense of despair through their periods of abuse or when they experience withdrawals. Treatment options are available for anyone struggling with Adderall abuse or addiction that accompanies depression. This is known as dual diagnosis treatment, which aims to treat both conditions simultaneously and gives the individual a higher chance of recovery.

As a stimulant drug, Adderall is typically abused in a binge-like pattern that you may expect from other stimulants, such as cocaine or methamphetamine. Once someone comes off a severe binge, it will result in a “crash” where depression and other debilitating symptoms are likely to appear. It causes a cycle of continued Adderall abuse.

Individuals will abuse Adderall for different reasons – some may use it to improve their performance athletically or at work. In contrast, others may use it to lose weight or for its euphoria. The patterns may lead to an addiction, which may be exacerbated by depression when they are sober. 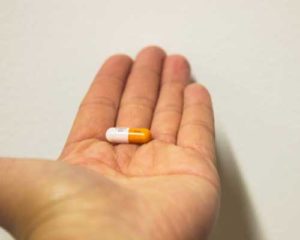 Depression and ADHD use occur together commonly, and nearly 70 percent of those struggling with ADHD will receive treatment for depression at one point in their lives or another. ADHD can be demoralizing, and it can have an adverse impact on relationships and self-image. As someone struggles with untreated ADHD, the discouragement, frustration, and sadness they experience will lead to a depressed state.

If Adderall doesn’t adequately work, or if the person’s depression isn’t treated in another way, the depression will continue while the individual uses Adderall. For some, however, when ADHD is treated, specific symptoms of depression may persist. In either case, a person may believe the medication causes their depression.

In some cases, ADHD symptoms may be mistaken or misdiagnosed for depression. Both disorders have similar symptoms, which include sleeping problems, poor focus, forgetfulness, and mood problems. If someone is using Adderall and skips a dose, they might believe their returning ADHD symptoms are symptoms of depression.

Depression may also make it difficult for someone to maintain habits of self-care, such as taking medication on a consistent basis. If someone forgets to take their medicine, they may experience symptoms of ADHD much more heavily, which could result in worsening depression.