People who are diagnosed with fibromyalgia will often be prescribed numerous medications, including prescription pain medications and stimulants, to increase their energy.

Adderall may be used to address issues with attention and fatigue in people with fibromyalgia. This could lead to potential misuse of the drug.

Fibromyalgia is a chronic pain disorder that affects about two to four percent of people in the United States, according to the National Institutes of Health (NIH). The majority of those affected with fibromyalgia are female, as 80 to 90 percent of the diagnoses occur in women.

While there are no recognized causes for fibromyalgia, there are several factors that increase the probability that someone might be diagnosed with the disorder:

What are the Symptoms of Fibromyalgia

The main symptoms that occur with fibromyalgia include:

There are no blood tests or other imaging tests that can be used to diagnose fibromyalgia. Tests that identify other disorders like arthritis can rule out fibromyalgia.

There are, however, 19 identified “trigger points” that are used by physicians in the diagnosis of the disorder. If you identify 11 of the 19 trigger points as problematic or painful during a physical examination, you may be diagnosed with fibromyalgia. 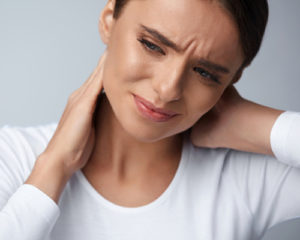 The  U.S. Food and Drug Administration (FDA) has approved these medications to aid in the treatment of fibromyalgia:

Other medications may be used. Numerous behavioral treatments, including massage, psychotherapy, physical therapy, progressive relaxation, and other techniques, can also be used.

Adderall (amphetamine and dextroamphetamine) is a controlled substance that is approved for the treatment of attention deficit hyperactivity disorder (ADHD) and the sleep disorder narcolepsy.

Adderall contains two powerful central nervous system stimulants, and it may be used off-label to treat lethargy and fatigue that occur in people who have other types of disorders.

Researchers believe that there is a relationship between the availability of the neurotransmitter dopamine and fibromyalgia based on this study. It is hypothesized that the lack or dysfunction of dopamine in the brain plays an integral part in the presentation of ADHD symptoms.

“One of the problems with the study is that the participants with fibromyalgia displayed symptoms of ADHD on a self-reported inventory. To receive a formal diagnosis of ADHD, they must meet the formal diagnostic criteria for the disorder, which includes demonstrating significant symptoms of ADHD before the age of 17. The average age of the participants in the study was about 50 years old. ”

Because fibromyalgia is known to be associated with cognitive effects, including issues with concentration and attention, the study does not provide evidence that the participants actually had ADHD. Nonetheless, it does raise an interesting point regarding the use of Adderall for attentional problems in people with fibromyalgia.

In addition to being prescribed for issues with fatigue and lethargy, physicians may prescribe Adderall for cognitive issues associated with fibromyalgia. Moreover, there are previous research studies that suggest that the use of psychostimulants can increase attention, boost energy, and reduce pain and fatigue in people with fibromyalgia.

There are numerous studies that have documented a significant relationship between opioid and alcohol abuse in individuals diagnosed with fibromyalgia. If you have it, you are likely to be prescribed prescription pain medication and/or other medications that have the potential for abuse (e.g., benzodiazepines and psychostimulants like Adderall).

Because people diagnosed with fibromyalgia have a litany of emotional issues associated with the disorder, they are often at an increased risk of abuse of prescription medications, alcohol, and other substances. Although the majority of people who are prescribed stimulant medications do not abuse them, people with fibromyalgia may be at an increased risk to abuse Adderall.

If you have fibromyalgia and begin using a psychostimulant like Adderall without a prescription from a physician, you are at an even higher risk to abuse the drug. Most people who abuse Adderall do not have a prescription for it.

While substance abuse appears to occur at an elevated rate in people diagnosed with fibromyalgia, there are no reliable estimates of the prevalence of psychostimulant abuse in those who have the condition.

Someone abusing Adderall would meet the diagnostic criteria for a stimulant use disorder as defined by the American Psychiatric Association (APA). These criteria can be used by mental health clinicians to diagnose substance use disorders, but they cannot be used by laypeople to make a diagnosis.

Although you are not able to formally diagnose a stimulant use disorder in anyone unless you are licensed clinician, you may notice some of these signs in someone abusing Adderall. If you do, discuss the issue with them and try to get them to consult with a mental health professional.

Other Signs of Adderall Abuse

Some other signs you might observe in someone abusing stimulants includes:

Addiction treatment for someone who has fibromyalgia must include a comprehensive care plan that includes medical treatment. The person must have the symptoms of their fibromyalgia effectively managed, including pain management, to successfully treat their substance abuse issues.