Cocaine is a popular recreational substance that causes intense feelings of euphoria. However, the short-lived high comes at a price. It can cause a host of uncomfortable side effects, including insomnia, paranoia, sweating, and tremors. But can cocaine cause you to experience a fatal overdose? Learn more about what cocaine does to your body and how dangerous it really is.

Can You Overdose on Cocaine?

Cocaine is active in doses as small as 5 milligrams, and a common dose is around 30 to 60 milligrams. Doses higher than 90 milligrams will be dangerous for the average person. However, people with heart problems or hypertension may experience dangerous symptoms in lower doses. The FDA has approved a nasal spray medication that contains cocaine. Even solutions that contained cocaine in amounts 40 mg/ mL produced side effects related to blood pressure and heart rate.

How Common Is Cocaine Overdose?

Opioids have been the focus of the recent overdose epidemic of the past several years. While they are a significant problem in the United States, cocaine is an even bigger public health threat in many communities. In 2019, 15,883 people experienced a fatal cocaine overdose. Like heroin, cocaine overdose rates have been rising for more than a decade. There were fewer than 5,000 cocaine overdose deaths 10 years ago.

Cocaine is even more dangerous when combined with other drugs. It’s often combined with substances that have depressant qualities like alcohol and opioids. Depressants are the opposite of stimulants in many ways, and people combine them to counteract the negative side effects of each drug. However, mixing them can make you feel that you aren’t as affected by the drugs as you are, which can lead to an overdose.

In recent years, an influx of fentanyl has increased the risk of a cocaine overdose. The powerful synthetic opioid can be deadly, even in small amounts. It’s mixed into various drugs, including cocaine. The increased prevalence of fentanyl has caused people to overdose, not knowing they even took the opioid.

How Cocaine Affects the Body

Cocaine is a central nervous system stimulant, which means it increases activity in the brain and nervous system. This can make you feel energized, empowered, and excited. Cocaine increases activity in the body by blocking the reuptake of dopamine. Dopamine is a chemical that occurs in your body naturally. It’s one of your brain’s feel-good chemicals. Reuptake is when a chemical is removed from your system to avoid a buildup. Cocaine stops this process from cause a buildup of dopamine, which allows it to bind to more of its receptors.

Cocaine can significantly affect your brain and body, especially with heavy doses and long-term use. One of the clearest effects cocaine can have on you is that it’s extremely addictive. It’s a stimulant that works by influencing dopamine levels in your brain. Dopamine is an important neurotransmitter that’s responsible for reward and motivation. It’s also one of the brain chemicals involved with the development of addiction. Cocaine can cause a powerful increase in dopamine, which causes intense euphoria. Repeated use will train your brain to crave dopamine, especially when you’re stressed or experiencing negative emotions.

Cocaine offers an intense but quick euphoric high followed by an uncomfortable comedown. To maintain the high and stave off the side effects, many people binge cocaine by taking several doses in a row. This can increase its negative effects, causing severe insomnia, anxiety, general discomfort, heart palpitation, and paranoia. A binge can significantly disrupt your sleep schedule. Cocaine mixed with sleeplessness increases your risk of experiencing what’s called stimulant psychosis, which is characterized by temporary psychotic symptoms like hallucinations and delusions.

What Happens During a Cocaine Overdose?

When you take high doses of cocaine, it can start to cause dangerous side effects. As a stimulant, cocaine sends your body into overdrive. In higher doses, the effects and side effects that come with increased nervous system activity are intensified. Mentally, you may feel anxiety, paranoia, and even panic attacks. Cocaine can also cause something called delusional parasitosis, which is the perceived feelings of bugs crawling all over your skin. You may also become confused or delirious or feel a sense of impending doom.

Physically, your heart rate will increase, and you may feel heart palpitations, which is the sensation that your heart is beating hard and fast. You may start to sweat as your body temperature rises. As with many drugs, an overdose can make you feel nauseous, and you may vomit or feel the urge to vomit. Increased activity in the nervous system can come with symptoms like tremors, shaky hands, and seizures.

The most dangerous cocaine overdose symptoms are heart-related. As your heart works overtime, it may become damaged. You may feel chest pains and arrhythmia. In severe cases, you could experience a heart attack or stroke.

If you experience a nonfatal overdose, cocaine still may have done some damage. One of the possible lasting effects of a cocaine overdose is damaged dopamine receptors. When a stimulant causes dopamine receptors to be flooded with dopamine, they may become damaged. Fewer working receptors can make it difficult for you to feel pleasure, which can further fuel cocaine dependence. People who have gone through long-term active stimulant addiction may experience anhedonia, which is the inability to feel pleasure. This is usually temporary, but it can take time to recover from, and it can cause depression.

Cocaine can have cardiotoxic effects. That means it can damage your heart if you take a high enough dose. Cardiotoxicity may be even more likely if you experience a cocaine overdose or take cocaine in high doses for a period of time. During an overdose, heart-related side effects can leave lasting damage, even if you survive the overdose.

A 2009 review in the American Journal of Cardiovascular Drugs said cocaine can cause “irreversible structural damage to the heart.” Structural damage may increase your risk of cardiovascular health problems like heart disease. Cocaine can also cause sudden heart attacks and cardiac death. Taking cocaine or experiencing a cocaine overdose can significantly increase your risk of a variety of heart-related problems.

When alcohol and cocaine reach the liver, they will start to break down. As they’re broken down, they combine to form a new chemical called cocaethylene. Cocaethylene is toxic and can cause unpleasant side effects, such as seizures, convulsions, panic, and heart palpitations. It may also increase your risk of suicide.

Because of cocaethylene, mixing alcohol and cocaine is more dangerous than cocaine on its own.

What Are the Signs of a Cocaine Overdose? 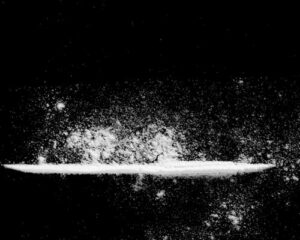 Cocaine can cause some uncomfortable side effects through regular recreational use of the drug. How can you tell the difference between a cocaine high and a life-threatening overdose? A general rule of thumb is to pay attention to severe, long-lasting, or abnormal symptoms. When in doubt, call for help. If you’re not in immediate danger, you can call poison control to find out if you’ve taken a dose that’s too high. But if you or someone else experiences troubling symptoms, call for emergency services.

Here are some common overdose symptoms to look out for.

What Can You Do During an Overdose?

What Can You Do During an Overdose?

If you or someone else is experiencing a cocaine overdose, the first thing you should do is call 911. If you have to act immediately (e.g., if someone is having a seizure), direct someone else to call emergency services. When emergency services are on the way, stay with the person until they arrive. Try to stay in one place while you wait to ensure emergency responders can find you. A safe, quiet place is ideal. Try to keep calm. Remaining calm may help you avoid increasing your heart rate further. Besides water, don’t consume any other substance unless instructed by emergency personnel or poison control. However, drinking water if you’re thirsty may help prevent dehydration, especially if you’re sweating or feel hot.

Make a note of what drugs you took besides cocaine. There are different treatment options for different substances. If emergency services and medical personnel know what’s in your system, they may be able to act more quickly.