How Much Valium Is Too Much?

Valium and its generic formulation diazepam are in the benzodiazepine class of medicines. They are used in the treatment of anxiety disorders and are commonly prescribed. It can also be prescribed for alcohol withdrawal, muscle spasms, or seizures. Valium works by enhancing the activity of specific neurotransmitters in the brain by calming abnormal overactivity. It is a fast-acting medication, according to GoodRx, and can start working between 15 to 30 minutes for some people; however, most people who take it feel its calming effects within an hour.

Valium stays in the body for a long time. It may take up to a week for it to clear the body of a healthy person. It can cause chemical dependence, which might compel you to take higher and higher doses if you don’t experience the effects of the drug any longer. Dependence may also lead to addiction. Valium is usually prescribed for less than three months due to its habit-forming properties.

Valium overdose is possible if you take too much of the medicine or combine it with opioids or alcohol. Overdose is also possible if you buy Valium off the street as the pills may be laced with fentanyl or its analogs. Too much Valium is more than 40 mg (milligrams) at a single time.

The Food and Drug Administration (FDA) instructions for Valium include an overdose warning. As a benzodiazepine, Valium works by depressing the central nervous system (CNS). When too much diazepam or Valium is consumed, you may present specific symptoms, which need to be immediately addressed or risk death.

What Are the Signs of a Valium Overdose?

A mild overdose of Valium will bring on signs and symptoms, such as:

If your overdose is more serious, you could experience:

Valium combined with other substances, prescription or illicit, can produce drug interactions that can be fatal. The RxList specifically mentions alcohol, barbiturates, narcotics, Tagamet®, Nizoral®, Prilosec®, Luvox®, and Prozac®, as the RxList indicates.

Benzodiazepines, including Valium, and opioids do not mix. Data from the Centers for Disease Control and Prevention (CDC) relay that emergency room visits for benzodiazepine overdoses increased 24 percent from 2019 to 2020. In addition, the CDC states there were nearly 7,000 overdose fatalities from benzodiazepines from January 2019 to June 2020, which is 17% of all drug overdoses.

When you take more than one drug at a time, it is called polydrug use. Taking benzos and opioids, prescription or illicit, can result in a severely depressed respiration rate and potentially death. Taking more Valium than prescribed can also result in the same demise.

What to Do If You or Someone Else Overdoses on Diazepam

What to Do If You or Someone Else Overdoses on Diazepam 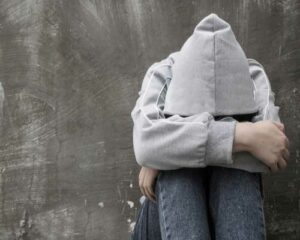 Diazepam and Valium are prescription anti-anxiety medicines that should not be taken with other drugs or alcohol. If you or someone you know seems to be having an overdose on them, there are steps to take to help them.

First, call emergency services and give them the information they need:

Emergency personnel may be able to rouse the affected individual and can determine how much emergency care they need.

According to the National Alliance on Mental Health (NAMI), there is a specific treatment to reverse a Valium overdose called flumazenil. It can reverse the severe symptoms of a Valium overdose, but it can only be given at a hospital through an IV. Physicians are the only people who can administer it. Therefore, it may be best to have the affected person taken by ambulance to the nearest hospital.

What Happens If You Stop Taking Valium Suddenly

What Happens If You Stop Taking Valium Suddenly

Valium is a long-acting drug. If you have been taking it for a while or using more than the prescribed dose and decide to stop taking it abruptly, chances are that you will experience symptoms that could be distressing and dangerous. As a central nervous system depressant, Valium withdrawal symptoms can run the gamut.

Early-stage symptoms tend to be on the mild side, followed by more severe symptoms.

Some individuals may suffer from benzodiazepine withdrawal syndrome, which entails symptoms of memory loss, delirium, hypertension, psychosis, seizures, or suicidal behavior. These are serious issues that need immediate medical attention.

There is no specific time frame for Valium withdrawal, but it is good to know, generally, what to expect. Since Valium is a long-lasting drug, withdrawal may last longer. The physical side effects of withdrawal dissipate after several days. However, the psychological symptoms will stay with you for longer. The National Institute on Drug Abuse (NIDA) notes that there are no FDA-approved medications that treat Valium withdrawal.

The Takeaway on Valium Overdose

The Takeaway on Valium Overdose

NIDA reports that there were 9,711 overdoses attributed to benzodiazepine from 1999 to 2019. There were about 5,000 overdose deaths when benzos were taken with synthetic opioids, mainly fentanyl, and around 1,000 deaths by benzos alone. When you take too much Valium, your risk of needing emergency care increases, and your risk of a Valium overdose also increases.

There is no magic dosage that is considered too much for Valium. It is prescribed based on an individual’s specific needs, size, weight, metabolism, and more. Needless to say, if you take much more Valium than prescribed, chances are that you are dependent on the drug and possibly addicted to it.

If the drug is no longer providing the effects that it once had, your system is now tolerant to Valium, and you will want more to feel those effects. If you find that obtaining and taking Valium has become the most vital thing you do, addiction has taken hold, and professional substance abuse treatment is needed. Drinking alcohol and taking a narcotic with Valium are dangerous activities and could endanger your life.

Valium and drugs in the benzo class of medicines are relatively safe to take as prescribed. The danger with Valium is taking too much of it because its effects are not felt, taking it with alcohol or with any opioid. Another compelling risk of Valium is buying it off the street because it will not be known if the pills you buy are the real Valium or a counterfeit pill that looks like the real thing but is something entirely different. Drug dealers sell fake Valium pills that contain ingredients other than diazepam and may be laced with deadly fentanyl. Valium addiction may propel some people to obtain the drug from nefarious persons.

At Serenity, we focus on caring for the entire individual. An integrated treatment plan will be created with your input. It might include stress management, relapse prevention education, emotion regulation techniques, along with cognitive behavioral therapy (CBT), dialectical behavior therapy (DBT), which are proven therapies in treating mental health and substance use disorders.

Serenity at Summit has several locations in the Northeast that are within easy travel distance. We take most major insurance plans and are in-network with others. If you’d like to verify your insurance, you can do that here. There is help readily available for you when you are ready to stop using Valium. Too much Valium can be deadly. Don’t risk it.