Recent studies have shown that hospital admissions for mental health disorders linked to cocaine use have skyrocketed in the past decade. This is no surprise considering the side effects of crack cocaine such as psychosis, but these are still startling finds that show an uptick around the globe of crack cocaine use. While several problems are stemming from cocaine use on its own, there have been new revelations about what crack dealers are up to.

It is shown that some crack has recently been found to contain the powerful synthetic opioid fentanyl.

With the emergence of fentanyl in crack around the country, it made a dire situation worse. An article recently released by United Press International (UPI) states that within a four-day period, a Philadelphia hospital treated 18 patients for an apparent opioid overdose even though they’d only been smoking crack cocaine.

Of those 18, three succumbed to their injuries and eventually died. One thing they had in common was a high level of fentanyl found in their systems.

Let’s remove fentanyl from the equation and focus on how deadly crack cocaine is on its own. One reason for this is its instant onset and short-lived high. It is the perfect drug for dealers because it does not last very long, and it will leave users in a trance and trying to get more.

Once users run out, they will go to extreme levels to get more; one case even highlights a woman trying to sell her daughter to obtain more crack. In a normal frame of mind, this is not something anyone could fathom, but the power of crack cocaine is troublesome. It has even been referred to as the devil’s drug.

Crack cocaine is by far one of the most dangerous and addictive drugs in our society. In 2014 alone, there were 913,000 people suffering from a cocaine use disorder. This translated into 5,000 deaths attributed to the use of cocaine.

While it has been noted how dangerous crack can be to the individual, the stories we hear about it being laced with fentanyl can be deadly. These are two completely different drugs boasting opposite effects and could instantly cause an overdose in someone who uses them.

What Is Crack Cocaine?

Crack cocaine is a powerfully reinforcing psychostimulant, and the drug itself, cocaine, is found in alkaloid leaves in the South American shrub called Erythroxylon coca. The drug induces a sense of exhilaration by blocking the reuptake of the brain chemical dopamine.

Crack is a crystal form of powder cocaine, and it comes in blocks or crystals that vary in colors. It most often is sold in an off-white color. It is called crack due to the noise it makes when it is heated and smoked. Crack is one of the more purer forms of the drug and consistently registers between 75 and 100 percent in purity.

The method in which it is consumed gives the user a more instant rush. Smoking the drug ensures that the high reaches the brain much quicker. As a result, there is an intense and immediate but short-lived high. The high lasts up to 15 minutes from start to comedown.

Smoking crack can cause addiction after just a single use, which makes it different from other drugs. The method of smoking is actually much more dangerous than snorting cocaine powder.

The problem with crack use is that as a binge continues, the high becomes less intense despite the amount being consumed. The levels of dopamine in the user’s body will begin to run dangerously low, and there is nothing that will give them the euphoric rush they’re seeking.

The brain requires time to replenish the dopamine levels, and when there is a substance taxing it every couple of minutes, it allows no time for more to be produced. Eventually, the brain will run out of dopamine, and the user will fall into withdrawal.

According to the Center for Substance Abuse Research (CESAR), the symptoms of withdrawal from crack abuse include:

What Are the Signs of Crack Cocaine Addiction?

Addiction, in most cases, is often difficult to pinpoint, but crack cocaine can be easily detected, even in the early stages of addiction. Crack cocaine doesn’t follow the typical stages of a substance use disorder the same way most drugs do. While each person is affected differently, in more cases than not, an individual will become addicted shortly after their first use. There are certain things to look for when someone abuses crack cocaine.

The user will often leave tiny bags around with small off-white rocks of crack, and there may be something called brillo laying around. This is a good indicator that someone is using. Brillo’s purpose is to stop remnants of crack as a screen from entering their throat when smoking from a pipe. Users also can leave broken crack pipes (stems) around.

There are other immediate physical signs that can help determine if someone is using crack. Crack addiction can occur almost instantaneously, and the user will continue to chase the first rush they experienced. It is important to know what to look for. The signs include:

According to MedicineNet, this condition is characterized by at least two of the following symptoms or behaviors:

According to MedicineNet, this condition is characterized by at least two of the following symptoms or behaviors:

How Does Treatment for Crack Work?

Addiction has no cure and is a chronic progressive disease that can last a lifetime. Fortunately, the science behind addiction treatment has resulted in in-depth research, which has netted better recovery results than in years past. Treatment for crack is often difficult, but the drug itself can leave the user feeling depleted and ready to take the next steps toward recovery.

If certain criteria are met, the client will be required to complete an additional stay in intensive care. For a residential treatment stay, the client can spend anywhere from 30 days to 90 days at the facility. They will take part in therapies that are designed to help them get to the root of the addiction. Also, any other medical needs are addressed in this program as well. 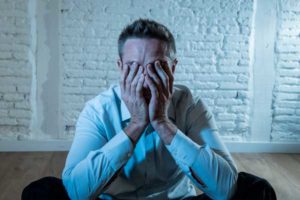 If the staff determines the addiction is not much of a threat, and the client has no history of relapse, they can be placed in an outpatient program. This allows them to take part in the same type of therapy sessions they would in residential, but the user can return home after therapy concludes. This will give them a better chance to practice their newly learned tools in society sooner than someone who’s in residential treatment.

Addiction treatment itself will not resolve cravings, which some crack users may experience for the rest of their lives. But it will offer therapies that will change behaviors for when they do occur. Cognitive-behavioral therapy is widely used as a means of treating addiction.

Addiction treatment follows a continuum of care that begins at the most intensive stage. The first step is called medical detoxification. This is where you will spend three to seven days in an intensive, around-the-clock, and supervised setting where a medical team will rid the foreign substances from your body. This will help mitigate anything unexpected symptoms, such as psychosis. Upon entry to detox, you will have been assessed by the medical staff to determine the course of treatment.

If the staff sees fit, the client will be placed into a residential treatment center. There are variables when determining placement, such as a history of relapse, a safe living environment free from drugs, and the severity of the addiction.