Stimulant drugs have a long history that dates back nearly a century. In 1920, amphetamine was discovered to help combat cognition, emotional, attention, and appetite disorders and was thoroughly explored in the 1930s and 1940s. Initially, amphetamine was recognized for the success it achieved in the medical market as an antidepressant.

The stimulant drug was also gaining traction in the dieting market as a medication that could help people shed the pounds. Careful testing was done, and extensive military experience had left the drug’s impression that its benefits for attention and cognition were more subjective than real, and the reason the drug was effective was because of its stimulant effects.

At the time, amphetamine could not be patented, and this led to another drug being introduced known as methamphetamine. The drug was brought into the mainstream and entered as competition to amphetamine. It was promised to address the same diet, emotional, and attention disorders that individuals were struggling with. The drugs were being widely misused, and the abuse potential was becoming recognized by physicians. It wasn’t until 1970 that the drug(s) began to be controlled internationally with strict rules and regulations.

Today, stimulant use is still on the rise, and methamphetamine use in the United States is seen by some as a crisis. Opioid drugs have received all of the attention, but stimulant drugs have swept our nation and are silently killing people. Fortunately, however, treatment options are available for people who are struggling with stimulant addiction. Stimulant drugs bring about uncomfortable withdrawal symptoms that can push users back into relapse.

Stimulant drugs are classified as dopamine reuptake inhibitor (DRI) drugs, which block the action of the dopamine transporter. It results in increased concentrations of dopamine, and when someone tries to stop, it can cause them to feel “drained” and fall into a deep depression. Unfortunately, people who stop their stimulant use may also deal with terrible anxiety and the feelings that they can’t stop. Let’s take a look at more of the types of stimulant drugs that are available illegally and by prescription.

Various types of stimulant drugs can range from over-the-counter to highly illegal, and these different substances produce effects that can be desirable to downright uncomfortable. When used in moderation, some stimulant drugs can lead to benefits for their users, such as increased alertness. That is why doctors will prescribe drugs like Ritalin or Adderall to children or adults with attention-deficit/hyperactivity disorder (ADHD) or attention-deficit disorder (ADD). These drugs can have immensely positive effects when used as prescribed, but other stronger stimulants can cause heartache and lead to a long road of theft and addiction.

The types of stimulant drugs include:

What Are Stimulant Withdrawal Symptoms?

While the drugs may vary, their withdrawal symptoms are similar; however, withdrawal symptoms will differ from one person to another based on several factors. These factors include when the last dose of the stimulant drug was consumed, how long the drug of choice was used, the user’s age and weight, if they were using the stimulants along with other drugs, whether legal or illegal.

Stimulant drugs differ from depressant drugs in that they can cause users to “crash.” These unpleasant withdrawal symptoms can include trouble sleeping, depression, and feeling sluggish for periods. When the brain acclimates to a drug that produces dopamine rather than creates the chemical on its own, stopping use suddenly can be uncomfortable. It is known as the crash because there is little to no dopamine being produced without the presence of the drug.

Symptoms of a crash include:

Someone who has developed a dependence or addiction to stimulants and abuses the drugs in high doses will experience a different set of side effects. The most common of these is the reverse effects of stimulants, which include:

Physical symptoms associated with stimulants are considered mild when compared to benzodiazepines or opioids, but this does not mean they are tolerable. The psychological effects can be much more severe.

What Are the Stages of Stimulant Withdrawal Timeline

When compared to other drugs, stimulant withdrawal is not considered life-threatening. The symptoms, as mentioned above, will depend on the type, severity, and frequency of stimulant use, but they will typically include depression. The onset can occur in as little as hours after the last use and last up to several days after the previous use. The need for additional sleep and food to compensate for the time spent with minimal food intake and rest is necessary. Other more severe symptoms may present themselves during this period and can include:

A drug like cocaine, for example, is metabolized quickly with a half-life of about 40 to 60 minutes. What this means is that about half of the substance has been processed, and the effects will continue to diminish after this point. Methamphetamine, however, can take up to 12 hours to achieve this same stage. The effects of meth will be experienced much longer and will take an extended period to recover from meth withdrawal. 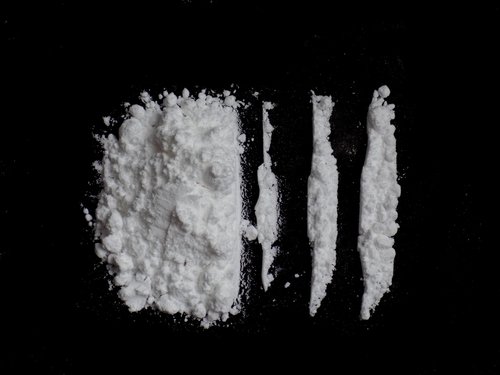 Physical withdrawal from stimulants can be more severe when speaking about cocaine or methamphetamine than Adderall or Ritalin, but it is not in the same category as opioids, alcohol, or benzodiazepines. Unfortunately, though, it is a complicated process, and the psychological symptoms are enough to make someone relapse if they attempt to detox cold turkey. The safest and most effective way to transition into sobriety is to enter into a medical detoxification facility that has addiction specialists oversee the entire process.

The fact that stimulant withdrawal is less dangerous should never be a barrier to entering long-term treatment. There are still possibilities that something unexpected can occur, and it is imperative that you surround yourself with professionals who can plan accordingly to make your experience unique and adjust for any unplanned risks or complications.

The staff could place you on antidepressant medications to combat depression or administer sleep medications that will help overcome insomnia that may be experienced. In any case, detox is the best option for beginning the continuum of care.

While detox is an essential part of treatment, it is not the only stage that should be attended. Upon completing detox, the levels of care should be followed as the clinicians who are overseeing your detox determine. All cases will be treated in the manner they deserve. Not attending treatment can increase the user’s risk of relapse as they will fail to recognize and understand their destructive behaviors.

The types of treatment that could be offered include:

All clients will be examined on a case-by-case basis, which will determine the level of care that will be the most beneficial for them. As the process is unique to their set of needs, it can be changed at any time if they are not responding as anticipated. If you need help, don’t wait another day.