Unfortunately, a lot of misinformation exists concerning behavioral addictions. As of now, the American Psychiatric Association recognizes only one behavioral addiction as an official mental health disorder, and that is gambling. Although other behaviors can be addicting, they are not considered to be psychological conditions.

The term addiction has been a topic generating controversy for several years. The word is not technically a diagnosis or clinical term. Defining addiction is challenging because it includes such a broad range of meanings. The medical community has slowly shed the term in recent years.

The American Psychiatric Association (APA) instead uses the term “substance use disorder” as opposed to “dependence” or “addiction.” APA feels that the term better describes the actual condition involved since people demonstrate addictive behaviors associated with drug and alcohol abuse. Either way, the term addiction is present in the literature and remains in conversations between clinicians.

Process addictions and behavioral addictions, which are interchangeable terms, are challenging to measure and quantify. The basic behavioral addiction definition is considered a disorder that affects the neural circuitry of the brain’s reward system. It is characterized by compulsive and repetitive involvement when rewarding non-substance-related behavior, even when experiencing negative consequences from that behavior.

What Are Common Behavioral Addictions?

One of the significant issues attributed to the idea of behavioral addiction is that examples are easily made that define any type of activity as addictive. For example, a person who works out frequently can be said to have an addiction to fitness, which is an overstatement. The line between choice, addictive behavior, commitment, and compulsion is hugely thin and subjective.

The following activities have been used as an example to point out potential behavioral addictions:

Which Behavioral Addictions Are Legitimate?

As of now, only one behavioral addiction is considered to be a mental health disorder by the American Psychiatric Association, which is a gambling disorder. The reason the Diagnostic and Statistical Manual of Mental Disorders, Fifth Edition (DSM-5) included this in 2013 was based on findings that provided evidence the condition met the criteria established by the APA to designate it as a formal mental health disorder. Unlike the others mentioned above, gambling can cause grave danger to one’s life.

The APA lists diagnostic criteria for a gambling disorder, and a person must meet four of the symptoms that occur for at least 12 months. In addition to these, the individual must experience significant distress or impairment in function caused by gambling to meet the diagnostic criteria.

The World Health Organization (WHO) recognized gaming disorder as a legitimate process or behavioral addiction in 2018. However, the APA does not recognize the condition. WHO endorses diagnostic criteria for gaming disorders in its latest revision of the International Classification of Diseases (ICD-11).

The condition was only accepted because of clinical research that suggests it is a legitimate type of addictive behavior. It represents gaming behavior patterns, such as digital gaming or video gaming, and it’s characterized by impairments in control when someone plays a game. It causes the individual to lose control over critical daily tasks due to gaming, resulting in adverse consequences for the individual.

The APA lists internet gaming disorder in the section on conditions that require additional study. At this point, it is not considering video games or gaming as a type of behavioral addiction.

One such condition reviewed by the committee that helped organize the DSM-5 was internet addiction disorder. At that time, it found there wasn’t enough empirical evidence to justify the condition in their current manual.

How Are Other Conditions Viewed?

Although the World Health Organization listed gambling disorder in the DSM-5 and gaming consider gaming disorder legitimate, they are not currently diagnosable behavioral addictions. With that said, clinicians will attempt to diagnose those with sex addictions, food addictions, and other types of addiction.

In many cases, like sex addiction, some clinicians will develop provisional diagnostic criteria. Still, it’s not formally recognized by the World Health Organization, the American Psychiatric Association, or other formal bodies.

Research evidence for most of these conditions with regards to their legitimacy as a mental health condition is lacking. In some cases, more research is necessary to identify the actual symptoms of the disorder and how it is related to the cause of addictive behavior.

For example, sex addiction or hypersexuality has been reviewed many times for inclusion into the DSM. However, the research hasn’t been able to satisfy the reviewers’ needs that the disorder exists. 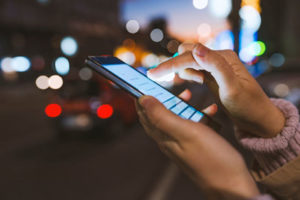 One issue researchers face is that so-called behavioral addictions are more similar to compulsions than addictive behavior.

Addiction is a broadly used term used to describe the process of how individuals become dependent on a behavior or substance to cope with their daily lives. They’ll continue using the substances or engage in conduct detrimental to their health that causes dysfunction. Compulsion is a narrower term describing intense urges to perform an act. The desire may lead to the behavior but not always.

Those with compulsions recognize their compulsive behavior is not realistic, and they are usually disturbed by their behavior. Individuals with addictions believe they are engaging in proactive behavior and deny the fact their behavior has adverse consequences.

Changes in How Addiction Is Viewed

The definition of addiction was altered in 2011 by the American Society of Addiction Medicine (ASAM), leading to the notion that the process of addiction was different than previously thought. The elimination of physical dependence as a defining feature of addiction helped legitimize this notion that specific types of other non-substance-related behaviors may also be addictions.

Addiction is currently viewed as a brain disease that involves more brain areas than reward pathways. This may include dysfunction in the regions attributed to impulse control, and it may consist of areas vital in motivation and acquiring and maintaining new behaviors.

The changed view of addiction has led to identifying specific behaviors that could be addictive. In the future, it could lead to identifying other behavioral addictions that include sex, food, and shopping. As of now, these are not legitimate diagnoses by organizations, but that could change with research.