Are There Drug Rehab Options for Undocumented Individuals?

The United States is a bright spot on the horizon for many individuals around the world that are seeking safety and opportunity. Some are able to make it into the country through official channels. For a wide array of reasons, others make come to the U.S. without going through the standard documentation. In fact, over 10 million immigrants in the country are undocumented.

The Affordable Care Act, though controversial, aims to increase the availability of basic healthcare coverage to many Americans. But if you’re in the U.S. without legal immigration status, you may not have access to these healthcare options. Healthcare.gov says, “Undocumented immigrants aren’t eligible to buy Marketplace health coverage, or for premium tax credits and other savings on Marketplace plans.”

Your immigration status can also cause other problems. It’s difficult for unskilled, undocumented workers to find jobs, housing, and other necessities. These common struggles have shown to lead to an increased risk of developing a substance use disorder (SUD). Studies have shown that Latino migrant laborers have rates as high as 80 percent for binge drinking, 39 percent for alcohol dependence, and 25 percent for meth and cocaine use.

However, drug use typically only compounds the problem. This has also led to a disproportionately higher number of consequences for certain populations of undocumented immigrants like DUIs and deaths from liver cirrhosis, especially among Mexican-origin men.  Because once you’ve developed a substance use disorder, where can you go to get help? As an undocumented immigrant, your choices may be limited. Plus, many people forego taking advantage of the options they do have for fear that their immigration status will be discovered.

Hospitals that receive federal funding are required to treat patients regardless of their insurance or financial status. If you need immediate medical care, a hospital can’t turn you away until you’ve been stabilized and been given a discharge plan. Most hospitals receive some federal funding so finding an emergency room that will treat you usually isn’t difficult. Addiction can lead to medical emergencies during an overdose or when you are going through serious withdrawal symptoms. Long-term effects of drugs and alcohol can also lead to medical conditions like heart problems that may constitute medical emergencies. 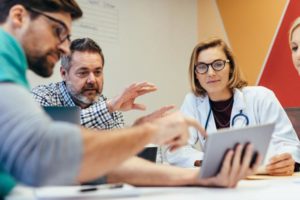 Programs like Alcoholics Anonymous and Narcotics Anonymous have been around for decades, and they have proven to help people who are struggling with substance use disorders. However, they are typically most effective when they’re used alongside addiction treatment. Still, it’s a viable option for people with mild to moderate substance use disorders. The only requirement to attend meetings is a desire to stop using drugs or alcohol. These programs are free, and anonymity is a core component, so you won’t have to provide any documentation or proof or legal status.

Twelve-step programs are centered around helping you realize your need for a change, surrendering to a higher power, accepting help from peers, and seeking to make amends for your shortcomings. These programs also connect you to a community of people that are dedicated to a common goal, giving you support and accountability when you need it. However, 12-step programs focus on spiritual healing and social support. They don’t address medical or psychological problems aside from encouraging additional treatment.

Churches and charities may offer local support to people with substance use disorders and to people who are undocumented. They may not provide medical services, but they might be able to offer case management services that connect you to community resources, sober housing, and support groups. Some groups may even provide immigration law services.

It’s rare, but there are a few areas around the country where undocumented immigrants can receive healthcare coverage. For instance, Los Angeles offers My Health LA, which is a free health care program for low-income residents that aren’t eligible for California’s state medical coverage (Medi-Cal). The majority of the beneficiaries of this plan are undocumented immigrants. However, this plan requires you to live in Los Angeles County and to have an income of less than $1,397 per month, for single-member households or up to $6,861 for 12 member households. San Francisco has a similar plan called Healthy San Francisco.

Some of these concerns may be even more of a barrier to an undocumented immigrant. Job loss can be devastating, and there are few options to alleviate the financial burdens of health care. Plus, other issues, like language barriers, that may stop them from seeking treatment through English-speaking treatment options. The threat of being discovered and deported are also significant barriers to getting addiction treatment.

However, addiction is a disease that can affect multiple aspects of your life. If it’s left untreated, it may start to affect your health, relationships, finances, and legal status. The desperation to maintain addiction often leads people to illegal activities that can get you arrested. For a citizen, that could mean court-ordered therapy or jail-time. For an undocumented immigrant, it could mean deportation. According to the Immigration and Nationality Act, you can be refused admission into the U.S. or removed from the country if you are determined to abuse drugs.

Seeking help, even if it’s through the limited options you have as an undocumented immigrant, is better than letting addiction rule your life. Catching substance use disorders early can help to avoid potentially dangerous consequences.

Immigration and health coverage are both hot topics issues in today’s political climate. Currently, addiction treatment for undocumented immigrants is so limited that a person with a severe substance use disorder may not be able to get treatment that would facilitate long-term sobriety. As these issues are discussed in the political sphere, immigration and healthcare reform may be around the corner. But right now, your options are limited. Still, if you are facing a medical emergency like an overdose or potentially dangerous withdrawal symptoms, it’s important to seek emergency services as soon as possible.