What Is Rebound Anxiety?

It’s common to hear about someone close to you having the occasional anxiety attack. Still, there is a significant difference between having nerves during a job interview than dealing with debilitating symptoms associated with chronic anxiety. Nearly 19 percent of adults in the United States described having an anxiety disorder last year, according to the National Institute of Mental Health, and a staggering 31 percent will experience an anxiety disorder in their lives.

Anxiety costs the U.S. nearly $42 billion per year in lost wages because individuals with anxiety are six times more likely to be hospitalized for psychiatric disorders. The disorder is debilitating, and in 1956, Dr. Leo Sternbach developed a drug by the name of Librium to combat the symptoms. There was an unintended consequence, however, and that medications cause a phenomenon known as rebound anxiety.

If you use medication to treat the crippling symptoms of anxiety, is it possible to make your anxiety worse? What is rebound anxiety, exactly? These questions will be answered below.

What Is Rebound Anxiety? 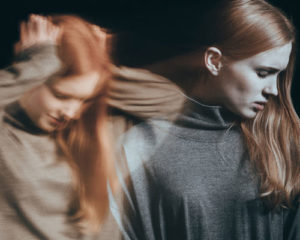 Rebound anxiety is classified as the relative worsening of symptoms due to discontinuation of treatment as compared to baseline symptoms, according to the U.S. National Library of Medicine. To break it down, this means that rebound symptoms are the temporary return of more significant anxiety symptoms when you withdraw from medication. It typically occurs two to three days after you taper from that medication, and it’s caused by too big of a reduction of a drug at one time.

An estimated 10 to 35 percent of those who experience rebound anxiety will deal with panic attacks as a result of abrupt cessation. A common reaction you could experience is to relapse due to the severity of your symptoms. Doctors recommend a slow tapering of the mediation, which will trigger fewer withdrawal symptoms.

How To Cope With Rebound Anxiety?

If you are dealing with benzodiazepine abstinence, you will have to deal with dangerous withdrawal symptoms in conjunction with the stress of withdrawal. You will face anxiety while attempting to manage your life without medication, which could lead to hopelessness due to the rebound anxiety symptoms. For this reason, it’s crucial to know how to cope with rebound anxiety and overcome the steep road ahead.