Anxiety is a disorder that cripples millions of people around the United States, and alcohol is a universal elixir they turn to for self-medication. There may be several reasons as to why mental health treatment is not sought out, but alternatives are available for anxiety. Alcohol may, in the short-term, assist someone in their quest to reduce stress, but long-term alcohol consumption will lead to dependence or addiction.

Exercising regularly and practicing relaxation techniques such as meditation, yoga, t’ ai chi or progressive relaxation are all non-alcohol remedies that help alleviate anxiety disorders. The routine should include cardiovascular exercise because it burns lactic acid and produces mood-enhancing chemicals known as endorphins. These types of activities allow the body to use oxygen more efficiently.

In addition to exercise or relaxation techniques, someone looking to cut back on their anxiety should eliminate the consumption of caffeine, reduce their sugar intake, and cut out refined carbohydrates. While these are not cures to anxiety, they will help lessen the symptoms more naturally.

Beverages containing ethyl alcohol are legal for adults over the age of 21 in most areas of the United States. There still are some dry counties in the country.

The use of alcoholic beverages is ingrained in American culture. Alcohol is consumed regularly in many social situations and business interactions, and as a way to relax.

Alcohol is also a major substance of abuse. Regular alcohol use carries a serious potential for the development of a substance use disorder and a serious physical dependence syndrome. Chronic use of alcohol is also linked to an increased risk of developing numerous disorders and diseases.

According to the Substance Abuse and Mental Health Services Administration (SAMHSA) in 2017:

There are some alternatives to drinking for individuals who want to engage in healthier activities or stop abusing alcohol. However, there are no legal alternatives that can be used as a substitute for alcohol that provide the same feelings of intoxication that most people who abuse alcohol seek.

Social drinking does not increase the risk of severe alcohol problems if the intake does not exceed moderate levels. Unfortunately, many adults will stretch the limits of the standard guidelines by doing nothing more than taking part in social events. The desire to be around others can also play a role, and many will feel a sense of anxiety when trying to spend time with those drinking if they cannot. Unfortunately, social drinking can lead to a life of addiction in those prone to alcohol use disorders (AUDs).

While it may be challenging to fight the urge to raise your glass and be a part of the ritual of drinking, there are ways you can alleviate your anxiety symptoms. Some beverages include:

While non-alcoholic beverages can tempt people in recovery, those trying to deal with the anxiety and have something in their hand can benefit from mocktails. They can provide a healthy alternative to drinking in social settings. Individuals not affected by alcoholism may find that the flavor profiles are excellent substitutes to the real thing.

There are numerous reduced alcohol beverages, such as beer and sparkling juices, on the market. These beverages are designed primarily to be an alternative to drinking alcohol for people who still want to experience social activities where alcohol is typically consumed.

These beverages vary in the actual amount of alcohol that is in them. Non-alcoholic beer contains a minor amount of alcohol, whereas most sparkling juices contain no alcohol at all. Many people do not find them to be a satisfactory substitute for an alcoholic beverage.

This is because they do not produce the same sensations that drinking alcohol does. Nonetheless, these are available if an individual wishes to use them.

Drinking beverages with any level of alcohol in them, even the very small amounts of alcohol that are contained in some non-alcoholic beer, is frowned upon by addiction treatment professionals. Someone in recovery from an alcohol use disorder should not consume alcohol in any amount.

Other alternatives to alcohol are available:

Restaurants offer non-alcoholic mixed drinks. Plain club soda is often used in social situations. Sparkling waters and mineral waters can be consumed. Soda, juice, or even coffee may be an alternative.

Many people claim to use alcohol as a method to relax or deal with the stress that they encounter in everyday life.

People who drink excessive amounts of alcohol or use the substance frequently will actually experience an increase in stress.

Individuals who have a formal diagnosis of an alcohol use disorder should obviously not engage in any type of alcohol use to address any situation.

According to the book Stress Reduction and Prevention, individuals who are looking to replace their use of alcohol with some other activity can relieve stress and induce feelings of relaxation through several alternatives.

Some of these alternatives to alcohol include:

What Are Medication Alternatives for Alcohol?

However, individuals with alcohol use disorders who are in recovery should not begin using cannabis products unless they are instructed to do so and under the supervision of a physician. They are at an increased risk to develop a substance use disorder to any potentially addictive substance.

Some individuals endorse the use of certain types of herbal teas, the amino acid tryptophan, and other natural substances as replacements for alcohol. In some cases, there may be some potential dangers.

With herbal substances, there is no significant monitoring of the types of ingredients in these products, and individuals should be wary of them. As a precaution, it is always best to inform your physician of any herbal substances you are considering.

Research into developing substances that are alcohol alternatives is ongoing. There have been studies investigating the use of what are called partial agonists, which are substances that mimic the effects of certain drugs (like alcohol) on certain neuron receptor sites, but they do not produce the full effect of the drug. 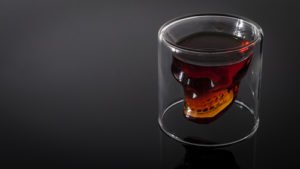 In theory, these substances might produce effects similar to the drug, but they carry a significantly decreased risk of abuse or other detrimental effects.

There have been several substances that have been in development, but they are not available. It may be years before any such substance is available. At the current time, there are no drugs that are safe alternatives to alcohol. This means there are no drugs that provide the same intoxicating effects as alcohol that are not potential drugs of abuse.

The best alternatives to drinking alcohol are non-alcoholic beverages such as sparkling juices or club soda, or lifestyle changes like engaging in exercise, meditation, or progressive relaxation. Individuals who have chronic alcohol abuse issues should not turn to other drugs or beverages that contain very small amounts of alcohol in an attempt to substitute their use of alcohol.