Diazepam, also known as Valium, is viewed as one of the most successful drugs from the onset of the psychopharmacological revolution that started in the 1950s. The purpose of benzodiazepine drugs like Valium is to treat a broad spectrum of central nervous system (CNS) disorders, including anxiety and epilepsy. Valium set the standard for pharmacotherapy relating to potency, onset of action, and safety.

Anxiety disorders have been the most prevalent of all psychiatric ailments. Generalized anxiety disorder (GAD) affects more than 40 million people in the United States, and it can range from agoraphobia, panic disorder, post-traumatic stress disorder (PTSD), obsessive-compulsive disorder (OCD), and various others. Anxiety and its lack of treatment is a common problem worldwide. It is not a problem tied to a specific socioeconomic background as anyone can be affected at any time.

The initial means of treating anxiety consisted of depressant drugs and sedatives such as alcohol, opiates, lithium bromide, and chloral hydrate. As medicine began to involve in the mid-20th century, these methods were primarily overtaken by barbiturate drugs. It was not until the 1960s when the pharmacotherapy for anxiety disorders became available with an improved safety profile. It quickly became apparent how addictive barbiturates, alcohol, and opioids were when treating these disorders, and was not a feasible option to treat anxiety.

The first benzodiazepine, Librium, promised a new class of potent anxiolytics without fatal adverse events. In 1963, an even more potent anxiolytic known as Valium was released the public, possessing a higher dissociation between its sedative and anxiolytic properties. Not only did it have the power to treat epilepsy, muscle spasms, and alcohol withdrawal, it was generally safe. It became one of the top-selling drugs of all time, and it wasn’t until a famous The Rolling Stones song that it gained even more popularity.

“Mother’s Little Helper,” which was released by The Rolling Stones in 1966, was a dark and catchy song about the drug. The drug had become wildly popular among homemakers, and despite its claim of being a much safer alternative, the drug also came with its set of dangerous effects. Tolerance to benzodiazepines like Valium means that users need to continue ramping up the dosage to trigger the same calming effect of gamma-Aminobutyric acid (GABA). Long-term use of the drug can lead to addiction, and abrupt cessation can cause potentially life-threatening withdrawal symptoms.

Even when Valium is used as prescribed, long-term consumption increases the risks of dependence and withdrawal, although current therapy seeks to monitor and address these concerns. If you’ve been using the drug as prescribed or abusing it, you must consider treatment that can adequately treat the dangerous withdrawal symptoms. Medical detoxification is the safest option, but you may not want to choose that route. With that said, you must taper off Valium and follow a safe schedule.

How Does Valium Affect a User?

As we’ve mentioned, the purpose of benzodiazepines, Valium specifically, is to treat the underlying problems of an overactive central nervous system (CNS). They work similarly to other depressants like Z-drugs, barbiturates, and even alcohol. Valium has a short half-life, and it can help you sleep and relieve anxiety quickly. It is useful in what it is designed to treat, but it carries adverse effects. It can cause tolerance, dependence, and potentially life-threatening withdrawal symptoms when use has stopped.

Long-term use carries significant risks, and physicians recommend that people not use Valium for prolonged periods. The general rule of thumb is not to use it daily for more than four weeks at a time. Valium is proven to be effective in the short-term, but no evidence supports the efficacy of long-term insomnia treatment. After four weeks, the risks increase dramatically for tolerance and dependence.

Why Is Going Cold Turkey Dangerous?

The process of Valium cessation is dangerous and can put your nervous system into overdrive if it is done improperly. The first stage your body will experience when stopped abruptly will be rebound symptoms. Rebound symptoms are a phenomenon when the symptoms Valium is used to treat return with much higher intensity. It means you will experience increased insomnia, anxiety, or irritability.

Other Valium withdrawal symptoms when not tapered off include:

The most dangerous symptom of Valium withdrawal is delirium tremens (DTs). It is a severe condition characterized by sudden changes in the nervous system and your mental state. It can cause agitation, panic, seizures, hallucinations, and catatonia. It has the potential to be life-threatening and can increase the chances of injury to yourself or others.

How Do I Taper Off Valium? 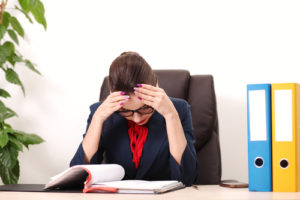 If you are concerned about Valium dependence and/or addiction, options are available to taper off the medication safely. Tapering off Valium alone is not a safe option; symptoms can vary from one person to another.

While one person can get through the worst of the symptoms without anything severe, someone else can experience seizures, which can cause them to fall and suffer serious injuries. You must always put yourself in a situation where your safety is a top priority, and where success is the only outcome. Tapering off Valium without the supervision of medical professionals can cost the person their life.

If you feel the symptoms of withdrawal when you taper off Valium or forget to take a dose, do not try to stop all at once. As we’ve said before, quitting cold-turkey is dangerous. We reiterate this point to make sure you understand that it is an important issue. If you’ve used Valium only for a week or two as prescribed, the likelihood of developing symptoms is much lower. But if you’ve been using it for longer than four weeks at high doses, you are at the most considerable risk of these adverse symptoms.

Tapering off Valium is a process of slowly taking less and less of the substance before you stop using it entirely. The process allows the brain to adjust and balance the chemical levels as it starts to return to a healthy state. It will be challenging to do this on your own for many reasons.Based on these many factors, it’s hard to determine which dose you should take or how long to wait before your treatment when tapering. In some cases, just taking less Valium can is enough to trigger seizures. A medical professional can take all of these factors into consideration and assign you a safe tapering schedule to follow. The most reliable means of achieving sobriety will be under the care of a trained professional because the risks are unavoidable. The method may also be unpleasant to go through alone because of the rebound symptoms. The continuum of care will be your best option.