Valium Tolerance: How to Know if You’re Using too Much

Diazepam, which is famously known as Valium, is a benzodiazepine medication that has been around for decades to treat various overactive nervous system ailments. Benzodiazepines were originally formed in the 1930s as an alternative to highly addictive barbiturate drugs, and they became heavily prescribed in the 1950s. Over the course of three decades, abuse of these drugs ran rampant, and it was not adequately addressed until the 1980s when they were the most prescribed substances in the United States.

Benzodiazepines function by stimulating the levels of gamma-Aminobutyric acid (GABA) receptors in our brain. It works similarly to depressants like alcohol and produces identical effects. Valium is known to be a long-lasting benzo medication, and it was approved in 1963 by the U.S. Food and Drug Administration (FDA). It’s routinely used to treat symptoms of anxiety and occasionally administered to those going through alcohol withdrawal.

Unfortunately, despite its multi-functional uses, it can be abused. Between 200 and 2010, a 570 percent increase was noticed in those seeking evidence-based treatment to overcome their Valium addiction.

There are different reasons as to why Valium is abused, and one of those is because the body will become tolerant to the presence of the medication. When tolerance develops, those who use the drug regularly to alleviate symptoms of their anxiety, insomnia, or panic disorders may take more because they cannot manage their symptoms anymore.

Once a tolerance to Valium has developed, it is a reliable indicator that you are using it too much.

Medications like these should not be used for more than four weeks at a time, and they are often told to be used as needed, not regularly. Unfortunately, many will mix Valium with opioids or alcohol to increase the effects of the drug, and this places them at an increased level of overdose and death. It can also increase their tolerance to sedative substances. 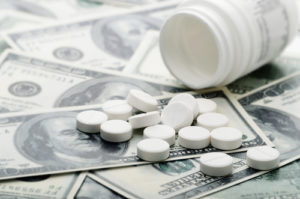 The tolerance that can occur from benzodiazepines is widely documented, and it is a real concern for doctors and addiction specialists. As we described above, most doctors refuse to prescribe Valium for longer than four weeks, with the maximum duration for severe cases being four months. Consuming Valium for more than a few months will significantly increase the risk of becoming tolerant to the effects of the drug, so it will not be useful in treating your anxiety, panic, or insomnia. If you have reached this point and have been apprehensive about stopping on your own, or you’ve tried, and you cannot stop on your own, you must speak with your doctor for help.

To add onto what’s above, if you have been using Valium regularly but find that you must take a larger dose to achieve the desired level of anxiety relief or restful sleep, it’s indicative of a growing tolerance. You must speak with the prescribing physician to manage your concern.

Benzodiazepine tolerance occurs with mild side effects such as:

It may be necessary to become tolerant of these effects if you are adequately relieving your anxiety or insomnia. Reduction in the sedative effects, while the drug is active in your body, can help you feel more awake and function throughout the day. However, developing a tolerance for the effects of the drug can also occur, and it is less useful for those who require anti-anxiety medications to function. It may indicate you are using too much and will need a break from Valium. It could also mean you must seek an alternative route, such as attending behavioral treatment.

One of the first signs that you’ve become tolerant of Valium’s effects is a reduction in how effective the drug is. It can occur in a month for some or two in others, or it can start in the first week of using the medicine. It depends on the dose you began with, and it can also depend on other factors such as genetics, personal health, family history of substance abuse or mental illness, and other risks.

Despite all of that, tolerance will develop much faster than other classes of drugs, so Valium quickly becomes less effective. The reason tolerance develops faster includes such factors as:

Another sign that you have developed tolerance to Valium is by taking more of the drug – either consuming larger amounts than what is prescribed or taking a bigger dose without consulting a physician. It commonly occurs in those who use Valium to manage their anxiety and feel it is a miracle drug.

The positive effect you receive and rapid relief from the problem can lead to compulsive behaviors and trigger your reward system. Those who take Valium regularly have a difficult time giving it up because they worry about their anxiety, panic attacks, or insomnia will return. Unfortunately, though, withdrawal symptoms can imitate the conditions that Valium is meant to manage. Rebounding back into these conditions can feel worse if you experience withdrawal symptoms from becoming tolerant.

Another way of knowing if you’re using too much Valium is experiencing breakthrough withdrawal symptoms, or a return or rebound of the original condition, such as anxiety. If the person does not self-medicate by increasing their dose or taking a second drug to ease the symptoms, it’s possible to become very uncomfortable. They may need help managing their anxiety or insomnia with behavioral therapies.

What to Do For a Valium Tolerance?

Benzo drugs are notoriously dangerous during withdrawal, and if you’ve become tolerant to the medicine, you’re likely to experience withdrawal symptoms when you stop using the drug. Abrupt cessation of Valium can be dangerous, and you must consider taking a break from the drug in the presence of medical professionals. During detox, the staff will monitor your condition to ensure you make it through safely to the other side. They may provide you with other benzo drugs to alleviate the symptoms and wean you off slowly to reduce severe symptoms like seizures.

During your time in detox, the team will thoroughly assess your case to determine your next level of care. It could mean you are placed in a residential treatment center or outpatient care depending on the severity of your addiction. If you are struggling and need help, reach out to Serenity at Summit. We want to get you the treatment you deserve and provide you with a quality of life that you need.