Valium Use: How Much Is ‘Too Much’?

Since Valium was first introduced in the United States in 1963, few drugs have revolutionized pharmacology and left a cultural imprint as immense as this benzodiazepine. Rock legends The Rolling Stones immortalized Valium in its song, “Mother’s Little Helper.” It also appeared in the movies of Woody Allen and the plays of Neil Simon. By 1974, doctors had written 59.3 million Valium prescriptions. In 1978 alone, Americans consumed 2.3 billion Valium pills.

In an era before the introduction of benzodiazepines, prescription drugs were used for serious ailments. People turned to Valium to feel better and to help them manage the changes of life.

In essence, Valium, as The New York Times puts it, was “one of the first psychoactive drugs to be used on a large scale on people who were basically fine.”

Valium has since been surpassed by tranquilizer medications such as Xanax, yet it remains widely used in the treatment of anxiety, seizures, muscle spasms, and even insomnia. Valium is also prescribed to people who are undergoing alcohol withdrawal in a professional treatment setting.

Yet, paradoxically, this drug treatment medication remains a substance of abuse, particularly in combination with stimulants and alcohol. Valium is habit-forming, and users can develop a tolerance and dependence on the drug when they take larger than intended doses or take it longer than the prescribed period.

Generally, whether Valium is used to treat anxiety, muscle spasms or seizures, they are supposed to take between 2 to 10 milligrams (mg) up to four times a day. When they exceed those dosage limits and take it more often than necessary, that’s when Valium use becomes too much.

When people take Valium or other benzodiazepines in this fashion, they put themselves at risk for incurring painful and uncomfortable side effects and withdrawal symptoms that affect both the physical and psychological realms. When used in combination with other substances, too much can mean death.

Research chemist Leo H. Sternbach developed diazepam from a class of chemical compounds known as benzodiazepines for Hoffmann-La Roche at the company’s New Jersey facility. This was after he and his team synthesized Librium, another benzo that was introduced in 1960. Diazepam would be brought to market in the U.S. as Valium in 1963.

Benzodiazepines like Valium are central nervous system (CNS) depressants. They work by boosting the amount of a neurotransmitter called gamma-Aminobutyric acid (GABA). GABA is the primary neurotransmitter charged with inhibiting the CNS. In other words, when someone takes Valium or another benzodiazepine, it produces a mental and physical calm, the result of CNS sedation.

Over the years, Valium has successfully treated anxiety, muscle spasms, depression, schizophrenia, and alcohol withdrawal. It has also proven effective in relaxing patients who are about to undergo medical procedures.

In a New York Times obituary of Sternbach, who died in 2005, a psychiatrist and professor hailed Valium as “…one of the major milestones of recent psychopharmacology” and that it “…began a transition from drugs that were heavy-handed to drugs that are now much more precise and selective in their activity.”

What Does Valium Do?

As a central nervous system depressant, Valium is useful for slowing down activity in the nervous system. People with anxiety disorders, insomnia, muscle spasms, and seizures often have issues related to nervous system overactivity. Since Valium works with GABA to slow down nervous system activity, it can relieve some of these issues, facilitating rest and relaxation.

As with many prescription substances, Valium is relatively safe to use when it’s used as directed, but it can come with some side effects and warnings. Plus, regulatory bodies, such as the U.S. Food and Drug Administration (FDA), anticipate there may be small percentages of the population that are sensitive to drugs like Valium. When benzodiazepines were introduced, they were used to replace many barbiturates for many common uses because they have a milder side effects profile.

Compared to barbiturates, benzodiazepines are less likely to cause a deadly, accidental overdose when used on their own. Valium side effects may be less intense than barbiturates. However, Valium can cause serious side effects when the drug is taken in high doses, including drowsiness, memory suppression, and motor skill impairment. It may make accidents and injuries more likely, especially if you get behind the wheel of a car.

Benzodiazepines are used to treat adults with anxiety and insomnia, but they may be more dangerous for older adults. Adults over 65 are often encouraged to avoid benzodiazepines, though many doctors prescribe them anyway if they believe their patients need them. It becomes more difficult for your body to process benzodiazepines as you age, which causes them to have more intense, longer-lasting side effects as you age.

Finally, the FDA has placed a warning on Valium labels that they can be dangerous when combined with opioids. Valium may not often cause a deadly overdose on its own, but there have been many fatal benzodiazepine overdoses that involved opioids. Other substances like alcohol and barbiturates can have the same effects when mixed with Valium. Since they all have similar effects on the brain, they can combine to cause an overdose, even if you take a standard dose of each one.

How Much Valium Can You Take?

Whenever you’re taking a new prescription, pay attention to the label’s dose instructions. You can also speak to your doctor or pharmacist about the proper dose. For the medication to be safe and effective, it’s important to consider three factors:

Valium can be taken by mouth, injected into a muscle or vein, or inserted into the rectum. The tablet is round, flat, and perforated with a V. The oral forms are available as white 2 mg (milligrams) tablets, 5 mg yellow tablets, and 10 mg blue tablets.

According to RxList.com, the recommended Valium dosages in tablet form for adults, depending on the ailment treated, are as follows:

When Valium Use Becomes Too Much

When use exceeds the aforementioned dosage recommendations, that’s when Valium use becomes too much and problematic. When Valium use gets excessive, a user opens themselves to a litany of effects and symptoms, setting them on a course toward tolerance, dependence, and finally, addiction.

The Dangers, Effects, and Symptoms of Valium

Valium is intended only for short-term use. When larger doses of it are taken, or if it is taken longer than prescribed, the medication produces a mild euphoria and sedation.

Valium is highly addictive. It can make someone quickly develop a tolerance in which they will take larger doses to produce the sensation that a smaller, previous dose once yielded.

That tolerance can bloom into dependence, which is marked by the presence of withdrawal symptoms once use stops. The National Institute on Drug Abuse (NIDA) defines dependence as the stage where the body cannot function normally without the presence of Valium.

The following withdrawal symptoms can result from Valium:

The drug is also capable of producing severe effects that require medical attention. Those include:

Taking Valium with Other Substances

People who take stimulants like cocaine will add a benzo like Valium to the mix to “chill out” the effects of a cocaine comedown. Others may take Valium with other CNS depressants like alcohol to experience profound sedation, which can be deadly.

In fact, when users participate in polysubstance abuse, that is, they combine Valium use with other substances, they make themselves susceptible to overdose. When Valium is mixed with alcohol, the effects are especially deleterious.

Too Much Valium and Addiction

This is how you know that your problem of taking too much Valium has advanced into addiction: you display compulsive, drug-seeking behaviors in which you fixate on obtaining the medication. In essence, it becomes the central focus of your life.

The following behavioral signs are hallmarks of a substance addiction: 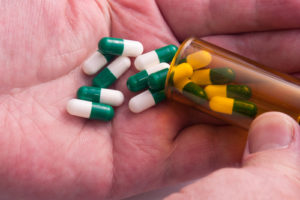 A professional program will provide you or a loved one access to a full range of services that are specialized, comprehensive, and evidence-backed. The first step is known as acute treatment, where Valium and other substances are removed from your body. Those aforementioned withdrawal symptoms are safely and comfortably alleviated under a medically supervised process where you will be monitored around-the-clock.

Depending on the severity of your addiction, a professional recovery program will offer you comprehensive therapy and counseling through clinical stabilization services or partial care.

The therapy approaches and activities you can expect at these stages of care include:

After treatment, you will also be pointed to additional resources that connect you to recovery communities for additional support, which can help you remain sober.