How to Ease Marijuana Hangover Symptoms

There isn’t evidence that a marijuana hangover actually exists. In some instances, people who have consumed very high doses of marijuana may experience residual effects the next day. Others say there is no such thing as a weed hangover.

People who have been using marijuana chronically can experience withdrawal, which includes many hangover-like effects when they stop use. This experience is known as cannabis withdrawal syndrome, and some people describe it as a marijuana hangover.

Marijuana is sometimes used medicinally, but it is more often used recreationally.

What Is Cannabis Withdrawal Syndrome?

The presence of cannabis withdrawal syndrome (CWS) is a criterion of diagnosing a person with cannabis use disorder, per the DSM-IV. While not all marijuana users meet the criteria for cannabis use disorder, those who do develop a dependency on the drug can have a hard time trying to stop use when they want to get off the drug.

The U.S. National Library of Medicine states that marijuana users can experience mild withdrawal symptoms if they have developed a dependency on the drug.

These Symptoms Could Include:

These symptoms could last from one day to a few weeks, depending on how much marijuana was used and for how long. Most people experience these symptoms at mild-to-moderate severity levels, but they could become severe in heavier users or for those who have other complicating factors such as polysubstance abuse.

A study published in the journal Drug and Alcohol Dependence found that among frequent marijuana users, 12.1 percent experienced cannabis withdrawal. The most common symptoms of withdrawal experienced by these participants were:

Study participants who experienced CWS were also more likely to have co-occurring mood disorders and anxiety disorders, personality disorders, and family histories of depression. These indicators could be contributing risk factors for higher rates of CWS.

Although these symptoms may not present a physical danger to the person detoxing from marijuana, they can make the process of withdrawal unpleasant. They can also serve as a trigger for continued compulsive drug use and relapse.

When marijuana dependency has developed, the brain will trigger strong cravings for the drug as it seeks to reinforce more consumption of the substance. This can make it hard to resist relapsing, even when someone is highly motivated to try and stop using the substance. This is why addiction is considered a brain disorder. 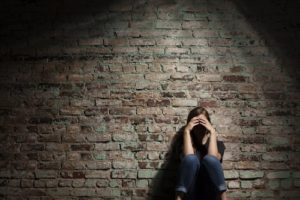 Detoxing can be an uncomfortable process, but there are ways to take care of yourself and ease some of the symptoms associated with marijuana withdrawal. CWS includes mood and behavioral symptoms that can be light to moderate in intensity, depending on the severity and frequency of use patterns in the individual.

Marijuana withdrawal is usually treated in an outpatient setting, but some people may benefit from medical detox in an inpatient facility, depending on the severity of their risk factors. If the person has been using marijuana heavily for a long time or used it in conjunction with other substances, inpatient medical detox may be recommended.

An article in the journal Substance Abuse and Rehabilitation outlines what is known about cannabis withdrawal syndrome:

According to the National Institute on Drug Abuse, CWS usually lasts up to two weeks, with the most severe symptoms peaking within the first three to four days. Symptoms are generally mild, but they can make it difficult for some people to stop using.

This is a general timeline of what you can expect while going through cannabis withdrawal, either at home or in a clinical setting:

Tips for Dealing With the Marijuana Hangover

Whether termed a marijuana hangover or withdrawal, the symptoms are essentially the same. Here are tips for how to deal with it:

What Medications Are Used?

More research is needed to determine what medications are most beneficial to treat marijuana withdrawal. Some medications that have been identified as potential therapies for CWS include:

Marijuana may remain in your body for up to 30 days after the last dose is taken, so some withdrawal symptoms could last this long. Marijuana cravings could continue for years after use has stopped due to the neural pathways that have developed in brain circuitry during active substance abuse.

If you want to get off marijuana and are concerned about experiencing cannabis withdrawal syndrome or a marijuana hangover, talk with your doctor or an addiction treatment professional about your options. Depending on how long you have been using and what your individual risk factors are, you may be able to detox at home with oversight from an outpatient program.

In some circumstances, your risk factors may indicate that you should consider medical detox in a supervised setting to ensure your comfort throughout the process.