The prevalence of marijuana is becoming more and more pronounced as states continue to legalize the drug for medical use. A recently released study highlighted the adverse effects marijuana could cause and how there is a link between daily marijuana use and psychosis.

“The chances of developing psychosis are enhanced five times by smoking high-potency marijuana daily,” it said.

A London college studied 901 people who were diagnosed with their first episode of psychosis between Europe and Brazil between 2010 and 2015. Marijuana use was compared to a group of 1,200 individuals who were considered healthy, and the studies indicated that daily marijuana use was more substantial among those who were encountering the psychiatric disorder.

The warning that was given by experts? Marijuana has become more potent. Marijuana plants sold in the 1990s contained around 3 percent THC, and today, the levels in the drug can be anywhere from 25 percent or even higher. The same study highlighted that individuals who smoked daily were three times more likely than those who never used it to receive a psychosis diagnosis, and those smoking high-potency marijuana were five times more likely.

These studies show that today’s pot is not in the same realm as what we’ve known in the past. It was widely believed that marijuana could not cause withdrawal symptoms, but the potency means our bodies can struggle with extremely uncomfortable withdrawal symptoms attributed to the drug. 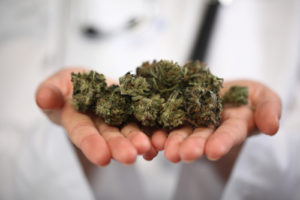 The National Institute on Drug Abuse (NIDA) released a study in 2013 that shows 19.8 million people had used marijuana in the past year, which was up 7.5 percent from the year before. Over the past few years, more states have legalized the drug, which has led to the numbers jumping up dramatically. With 2019 almost in full swing, more states are passing legalization bills. The momentum for legalization is continuing to gain, at a state level, throughout the country.

With new studies coming out weekly about how marijuana is not as beneficial medicinally as we once thought, it’s troublesome that a whole new wave of people can become addicted to the drug. We are going to start hearing a lot more cases about withdrawal as the days go on. Marijuana withdrawal is real, and we must look at the symptoms.

Do I Need Detox for Marijuana Withdrawal?

Marijuana withdrawal has the potential to be extremely uncomfortable for chronic users of the drug. A medically supervised detox is highly recommended for those who have co-occurring disorders, including addictions to other drugs or mental health conditions. Those who regularly consume marijuana and have dependencies to other substances like benzodiazepines or alcohol can exacerbate their symptoms when detoxing from marijuana.

Medical detox was formulated to help individuals transition into a sober state slowly until the drug is cleared from their system entirely. It allows the symptoms of withdrawal to be reduced in their intensity, and once the symptoms improve, a team of addiction specialists will walk the clients through any additional treatment they may require. In most cases, clients will opt to fulfill their obligations in the continuum of care and will move into the next level of treatment.

In other cases, individuals may choose a detox center when they have made several attempts to stop using but are unable to do so on their own. The uncomfortable withdrawal symptoms that come along with cessation of marijuana are enough to push the user back into smoking or consuming the drug. Other reasons can be for not living in a stable or substance-free environment. For some, it may seem impossible to stop where they live, and going somewhere far from home can give them a clean slate.

The severity of symptoms from marijuana withdrawal will vary from person to person based on their level of dependency. Someone with a mild dependence will experience minimal physical and psychological discomfort, such as headaches or restlessness. An individual who smokes heavily will experience more intense symptoms that include sweating, chills, fever, and in some cases, hallucinations. Marijuana withdrawals will begin to subside after about a month in most cases.

The most common marijuana withdrawal symptoms include:

How Long Does Marijuana Withdrawal Last?

Just as the approach to treatment must take a tailored approach based on each unique personality trait, the length of withdrawal will vary from one person to another. For heavy marijuana users, withdrawal symptoms can appear on the first day after quitting and peak within 48 to 72 hours. The stronger symptoms will last two to three weeks and will gradually decrease after this point.

Once the client has completed detox with the help of medical professionals, they will be evaluated to determine if the next level of care is right for them. Depending on if they have a psychological addiction, they should seek further treatment at a rehab center. In most cases, an outpatient program will be better suited in the event their dependence is mild, while residential programs will be reserved for those with more severe addictions.

Outpatient programs are available for those who wish to remain at home during treatment but also want to take advantage of the help and advice of addiction specialists during their transition to recovery. Residential programs provide the most intensive level of being in a structured environment that allows people to focus solely on their recovery.