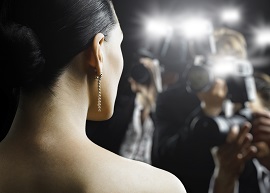 Alcoholism and drug abuse are physical addictions affecting the mental health, physical health, and familial, social, and work-related aspects of the afflicted individual. Addiction becomes priority in the person’s life, dominating relationships and ambition. Substance abuse in celebrities can pose serious harm to the star’s career, public and personal life, while inhibiting or diminishing their success.

In Cold Blood and Breakfast at Tiffany’s writer Truman Capote struggled publicly with drug addiction and alcoholism. The famed Novelist entered rehab during the 1970’s, but due to his already compromised state, died at age 59 in 1984. Truman’s failure to complete his final, unfinished offering, Unanswered Prayers has since been blamed on his prolonged substance issues.

The Piano Man has admitted to a long struggle with alcohol abuse during adulthood. According to Joel, drinking was able to inhibit his personal relationships and career. Joel entered a rehabilitation facility following pleas from fellow musician Elton John. He remains clean and sober to this day.

The novelist behind classics, Stand by Me, Carrie, and The Green Mile struggled with alcohol and prescription drug addiction for years. King entered treatment following a 1987 intervention by friends and family members and has maintained his sobriety ever since.

Actor/Comedian Robin Williams dabbled in alcohol and cocaine abuse during his early career, but decided to quit following the death of friend John Belushi in 1982. After a relapse in 2006, Williams sought immediate treatment for his addiction. These days, Robin Williams is dry as dirt.

Perhaps the world’s most well-known literary alcoholic, Hemingway used alcohol heavily throughout his life. Over time, the writer experienced extreme physical and mental issues, aggravated by continued consumption. Ernest Hemingway chose to end his own life prematurely at age 61.

Searching for an effective recovery solution? Summit Behavioral Health is the place to call! Pick up the phone today, and let our team of alcohol and addiction specialists help you back on track towards the healthy, happy, and fulfilling life you deserve.