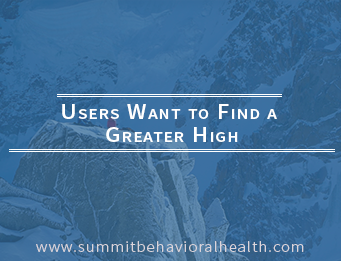 When users mix heroin and crack they are playing with fire.

Heroin and crack cocaine are risky enough when used individually, but they are even more dangerous when they are combined. Mixing the two, one a depressant and one a stimulant, can have very unpredictable results. When the two are combined and used at the same time, it’s known as “speedballing,” which can be even more dangerous. If a person develops an addiction to heroin and crack, it can be very difficult to stop using without help. Usually, it takes inpatient treatment at a rehab facility in order to begin recovery.

Why Do People Mix Heroin And Crack Cocaine?

People who abuse drugs will often move from one drug to another or experiment with different combinations of drugs. When they become addicted to two or more drugs at the same time, it’s called polydrug addiction. Users started using heroin and crack together by injecting or smoking in order to achieve a dual drug euphoria, or they would use one of the drugs to help with the withdrawals from the other.

There are many reasons that users find mixing heroin and crack cocaine appealing besides avoiding withdrawals – they want to find a greater high, it’s cheaper, or they want to stay high for longer. Additionally, users may mix drugs for the following reasons:

Sometimes people will combine drugs because they are already intoxicated and are not thinking straight.

What Happens To The Body When Heroin And Crack Are Mixed?

When users mix heroin and crack, they are playing with fire. Not only are both drugs highly addictive, mixing them can lead to death. Heroin is a depressant, while crack is a stimulant. Both drugs have an effect on the central nervous system and when taken together they send contradicting messages to the brain, sometimes causing both respiratory and cardiac arrest simultaneously.

Some of the other effects of mixing heroin and crack cocaine include the following:

There are additional long-term effects when the mixture of heroin and crack are injected as the route of administration. Doing so increases the risks of:

When heroin and crack are snorted, the user runs the risks of:

The effects of mixing heroin and crack can be short or long-term and can have devastating results, up to and including death. It’s important that users of either or both of these drugs seek help from a drug treatment facility for their addiction before it’s too late.

Signs and symptoms of polydrug addiction are much the same as those of a person addicted to only one drug. They may be more intense though because the risks of overdose and more serious complications are greatly increased when more than one substance is used. Some of the warning signs that someone you love may be abusing drugs are:

The signs that someone has overdosed while taking multiple drugs may be more pronounced, but they can easily be confused with other medical problems if you don’t know that a person is using drugs.

People who abuse multiple drugs, like heroin and crack, are typically more ensnared in addiction. Generally, by the time a person tries multiple drugs or combinations of drugs, he or she has been using drugs for a significant amount of time, and the drug abuse has had time to recalibrate brain function. People in this situation are highly addicted and harder to treat.

Drugs used together to play off one another causing heightened reactions, as well as more physical and psychological dependency. Mixing drugs often make quitting any of them more challenging.

For people who are addicted to more than one drug, the best option for treatment is an inpatient rehab facility. While outpatient treatment may work for some addicts, they are often not as effective for addicts with such severe addictions. Attending an inpatient drug rehab will give patients a higher level of around-the-clock care and will provide:

If you or a loved one is suffering from drug abuse or addiction, know that there is help available no matter how severe the addiction is. Seek help now and begin your recovery before it’s too late.

Our programs are personalized and medically supervised. Call our behavioral health professionals today to speak to a substance abuse expert about your treatment options.