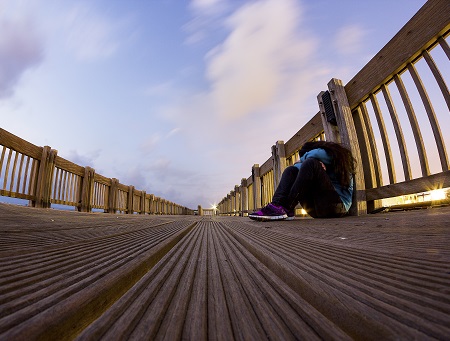 Did you know that if you suffered abuse as a child, your likelihood of becoming a substance abuser as a teenager or adult increases substantially? Studies have shown that childhood abuse primes the brain for problems later in life such as depression, anxiety, PTSD and addiction.

As unfair as it sounds, the trauma of childhood abuse can continue to haunt individuals in their teens, twenties and beyond. It’s an unfortunate reality that the old adage that time heals all wounds doesn’t necessarily apply to victims who have experienced abuse as a child.

Using Drugs or Alcohol as a Coping Mechanism

The pain and suffering associated with physical, mental or sexual abuse, or some combination thereof, is so great and so central to an individual’s core self that the trauma and the resulting damage to the brain cannot be underestimated. Victims of childhood abuse often find themselves self-medicating with drugs or alcohol to alleviate the psychological pain they live with each and every day. Oftentimes, the victim doesn’t even understand or recognize the full extent of the damage they have suffered.

Childhood Abuse’s Impact On the Brain

Researchers are still in the early stages of understanding the full impact of childhood abuse on the brain. What is known is that abuse interferes with normal brain function and development. To cope with distressing experiences, the brain has the ability to alter signaling from pathways which can leave regions of the brain underdeveloped. The result of abuse can be varied but it commonly leaves victims prone to mood swings and depression and with either extreme or dulled emotional responsiveness. Some experts believe that these characteristics are a self-protective response that unfortunately can interfere with developing healthy behaviors and habits.

While it may seem like substance abuse is an inevitability for an individual who has suffered abuse as a child, the reality is the vast majority of abuse survivors don’t develop addictions. And, those who do can overcome them. With the right type of support, emotional nourishment, and, in some cases, addiction treatment, there is very real hope for a positive, emotionally-healthy future.

Are you struggling with memories of a painful childhood or other trauma and now dealing with addiction?