The Short and Long-Term Klonopin Effects to Be Aware of

The University of Michigan advises doctors and patients to keep an end date in mind when starting treatment with Klonopin.

This is because Klonopin and other benzodiazepines are known to have short-term and long-term effects that can be harmful to your brain’s health.

Clonazepam, known by its brand name Klonopin, is a medication prescribed for panic or anxiety disorders.

MedlinePlus says that Klonopin can also be used to treat epilepsy because it decreases excess brain activity.

Legitimate Short-Term Use of Klonopin

If you are using Klonopin as directed, it is usually safe. This means it is generally safe when it is prescribed by a doctor to treat anxiety disorders, panic attacks, and seizures.

Klonopin can result in physical dependence in as little as two weeks. If you must use Klonopin for longer than this, do not try to quit on your own because you may begin to exhibit symptoms of withdrawal. Talk to a doctor before you stop taking the medication.

Side Effects of Short-Term Use

Short-term use of Klonopin can result in the following side effects:

Side effects are common when you first begin taking Klonopin. Your body needs time adjusting to the dose, so these issues tend to resolve on their own.

Other side effects are also common with short-term use, such as a runny nose, sore gums, congestion in the chest, hair loss, and excess hair growth.

People who are allergic to Klonopin may develop side effects of anaphylaxis right away. The following are symptoms of this:

Get help immediately if you notice these side effects.

Can You Go Into Withdrawal If You Take Klonopin?

Klonopin is not meant to be used as a long-term medication, and it only manages conditions in which it is prescribed.

Patients who are taking Klonopin for seizures or who have been taking it for longer than three months should not suddenly quit. This could cause symptoms of withdrawal, including:

Additional symptoms to watch out for include the following:

These symptoms are signs that you should seek medical help right away.

Effects of Long-Term Use

In June 2012, writer Diana Spechler wrote an essay for Salon about her long-term use of Klonopin. She described receiving the prescription after battling with insomnia for six months despite her healthy lifestyle. 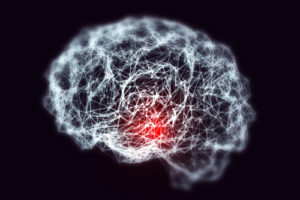 Spechler mentioned that, at first, she noticed her mood became more mellow. She took Klonopin for three months and said she felt what she describes as a “brain fog.” Quitting Klonopin solved the issue for her, but she is lucky.

Per a November 2010 article from Psychology Today, scientists and health experts have been concerned about benzodiazepines since the 1970s. Doctors, such as David Knott of the University of Tennessee, noticed short-term memory disruptions in their patients.

In June 2015, Harvard Medical School published an article on the risk of dementia in people who take benzodiazepines. A few of their insights were:

Factors That Increase the Odds of Long-Term Adverse Consequences

The University of Michigan adds that patients should not use benzodiazepines of any kind in the long term. Harvard Medical School lists other risk factors that could cause harmful long-term effects if you take benzodiazepines.

One out of four older patients who use benzodiazepines, in the long term, experience increased risks of adverse side effects, including car accidents, falls, and other accidents. Older patients also have a slower metabolism, or they may take other medication that causes problems if it interacts with Klonopin.

Long-acting benzodiazepines like Valium were shown to be most harmful.

How much and how often you take the drug can increase your odds of experiencing brain damage because of benzodiazepines.

The National Institute on Drug Abuse (NIDA) states that benzodiazepines can cause neurological issues, such as addiction, stroke, and harm to brain cells. Benzodiazepines are habit-forming. This makes the brain susceptible to changes as people start to seek out the drug more often.

Many of the adverse long-term effects of Klonopin might be manageable. Addiction provokes changes to your brain’s reward system, which can impair the part of your brain that governs judgment, planning, and goal-setting.

Rewiring your brain could take time, and you may crave benzodiazepines as you work to stop using them. More research and data are necessary to understand what can truly be done about other negative consequences you may face if you take Klonopin for a long time.

Harvard Medical School recommends preventing any possible adverse effects by discussing your use of Klonopin with your doctor and finding alternatives if available.