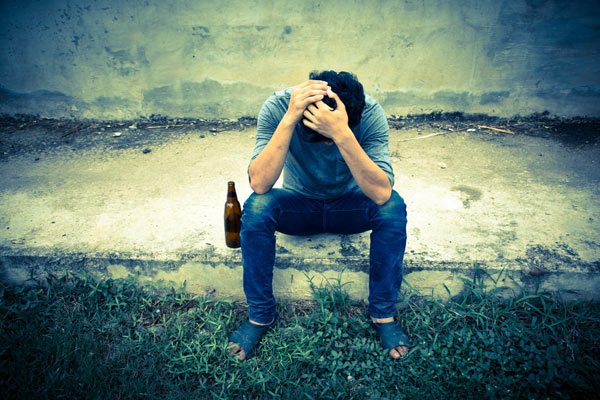 During a time when teens are meant to be attending school dances, enjoying summer vacation, and graduating from high school, they are often instead participating in underage drinking. Teenage drinking can have some serious short-term effects including making the young person sick, making poor choices, accidents and injuries, and engaging in risky sexual behaviors. However, what many young people don’t consider are the long-term effects of underage drinking that often have lasting consequences.

The Dangers of Underage Drinking

The consequences of teenage drinking are shocking in their magnitude and they affect not only teens, but the people around them and society as a whole. The teenage years are the time of life considered to be the most physically healthy with the lowest occurrence of disease. However, due to the rise in alcohol consumption by minors, the mortality rates now increase 200 percent between the beginning and the end of the teenage years.

Alcohol playing a part in teenagers’ lives causes severe and adverse outcomes and tragedies by increasing risk-taking behavior. According to the Surgeon General’s Report on Alcohol, Drugs, and Health, Facing Addiction in America, the following are just some of the more prominent consequences of underage alcohol use:

Understanding the long-term effects of teenage drinking is important whether you are a teen or the parent of a teen. In addition to the above listed consequences, there are some effects that have consequences that can last a lifetime.

Teens usually feel like nothing bad can happen when they drink, but many bad choices are made when they do. Their poor decisions while drinking can result in getting arrested for disorderly conduct, assault, driving drunk, and other offenses. These negative legal consequences can cause problems for a long time to come. They may follow teens as they apply for college, scholarships and jobs.

Teens who begin drinking at a young age and continue into their adulthood run the risk of suffering from the accumulated effects of alcohol use on their health. Chronic illnesses such as cirrhosis of the liver, pancreatitis, hepatitis, hypertension, anemia, and nutritional deficiencies can result. Alcohol use at a young age can also interfere with the development of bone density, causing osteoporosis.

Because the brain continues to develop into a person’s mid-twenties, teens who consume alcohol run the risk of cognitive problems that can continue far into adulthood. It can cause memory problems and actually cause brain damage. The hippocampus, the part of the brain that controls memory, is seen to be much smaller in those people who frequently used or abused alcohol during their teen years. Other areas that are affected include the attention span, the ability to think spatially and to plan.

As seen in the statistics above drinking can result in various types of accidents and injuries from falling to drowning to vehicle accidents. While some of these accidents have serious short-term consequences, they can also impact a teen for a lifetime. When an accident takes a teen’s life, it is gone forever. But for the underage drinker who caused someone else’s life to be cut short, the guilt and other psychological effects can be a lifelong burden. Serious, permanent injury can also cause a teen to suffer for a lifetime.

Teenage drinking can seriously impact a young person’s relationships with family and friends. The negative consequences of teen drinking (legal issues, health problems, accidents, etc.) all affect the family dynamic. Some of these consequences can cause crisis in the family that causes suffering for everyone for a long time.

Becoming addicted to alcohol is one of the worst risks of underage drinking. Anyone who drinks, including teenagers, runs the risk of becoming an alcoholic. But for teens who drink, even if it is not to excess, there is the added risk of developing addiction later in life. Research has shown that people who began drinking alcohol at a young age have a higher propensity of addiction in adulthood. Addiction is a disease that often requires professional addiction treatment and a lifetime of work to overcome.

There are so many negative consequences and risks involved with underage drinking, yet it is still a huge problem in this and other countries. Everyone who has ever had too much to drink knows just how easy it is for bad things to happen while drinking. What most people, of all ages, fail to consider is the long-term effects that their actions while drinking can have. Brain damage, lifelong guilt, chronic health problems, and the hell that is addiction, are all possible outcomes of teenage drinking.

At Serenity at Summit we offer treatment programs that are designed especially for teenagers and young adults. Please contact us, so we can help your family heal.