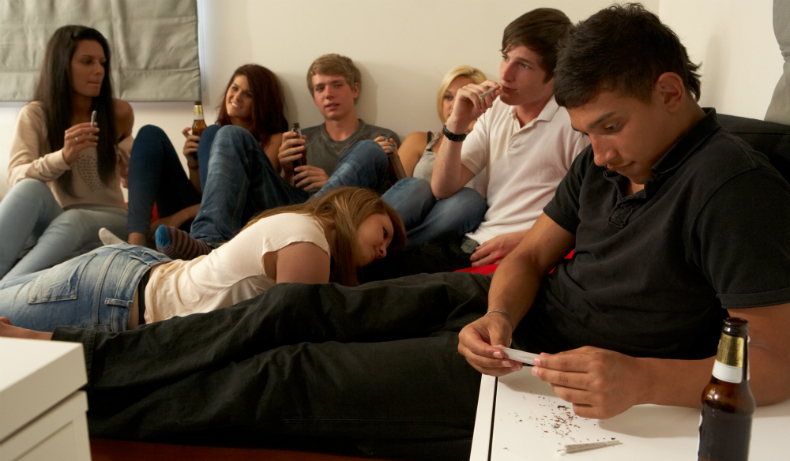 Teenagers are more likely to try experimenting with substances than adults are, and the consequences of doing so can be long-lasting. In fact, studies show that people who begin using substances at a young age are much more likely to become addicted later in life. Preventing teens from using drugs or alcohol is essential because it is such a vulnerable time in their lives. Because brain development continues until a person’s mid-twenties, teens don’t yet have the capacity to weigh decisions the way adults do. So, using drugs or alcohol can be especially dangerous for teenagers.

Teenage substance abuse isn’t something that should be downplayed. Parents are sometimes quick to assume that their teens using drugs or alcohol is a phase that they will outgrow, or they attempt to help their teen by covering up for them or hiding the fact that they are using. While some teens may be going through a phase that they will outgrow later, the consequences of teenage drug and alcohol use are still too risky to ignore. They include:

Teenagers Who May Be At Risk of Substance Abuse

While substance abuse and addiction can affect anyone, from any walk of life, there are some adolescents who may be at a higher risk of developing problems with drugs or alcohol. Some of the common risk factors are:

Teens in transitional periods of life. This may seem like the total of teenage years, as there is much changing that goes on for adolescents. But for teens who are moving from middle school to high school or changing schools for other reasons, or who are going through a life-changing event such as moving to a new city, parents divorcing or remarrying, or a loss of a friend or family member to death, it can be a particularly vulnerable time. This is a time that parents should pay close attention to their teens.

Teens who have mental health issues. Depression, anxiety, attention-deficit hyperactivity disorder, and other mental conditions all put teens at a higher risk of becoming addicted to drugs or alcohol. Parents must ensure that their teens are being properly treated for any mental health issues.

Teens who don’t have positive role models. Teens who live in broken or abusive homes are some of the most likely people to become addicted to drugs or alcohol. It’s essential that parents or other adult family members step in and help these teens to navigate the difficult situations they are in.

Communities, government agencies, schools, and parents are always looking for new ways to prevent teenage drug use and drinking. While it is still a huge problem nationwide, the rates of substance abuse and addiction have decreased over the last several years. This can only be seen as the result of the preventative measures that are currently being used. It may not be eliminating the problem of teenage substance abuse, but it is reducing it. The two biggest factors in substance abuse prevention for teens are education and parental involvement.

As stated earlier, the human brain is not finished developing until a person is about 25 years old. That means that the teenage brain is still in a stage of development and that can lead to unpredictable behavior and poor decision-making. Providing teens with education about drug and alcohol addiction and the risks associated with drug use and underage drinking can help them to make better decisions about their physical and emotional health and their future.

Perhaps the biggest impact on teenage drug and alcohol use is parental influence and involvement. Teenagers who have grown up with parents or adult role models who have talked with them about the risks of drug use and underage drinking are far less susceptible to drug abuse and addiction. Some of the methods parents can use to instill strong anti-drug use values in their children include:

Setting the right example. Parents are the biggest influencers on children. By showing them responsible drinking and abstinence from drugs, they are able to lead their kids by example. That means not driving after drinking, abstaining from drugs, and showing an overall responsibility when it comes to alcohol.

Debunking Misconceptions. It’s essential that parents debunk misconceptions like “everybody drinks” or “one time won’t hurt” with their teens.

Dispelling the media that glamorizes and romanticizes drug and alcohol use. Movies and television often make it seem exciting and glamorous to drink alcohol or use drugs. While parents may be able to minimize their kids’ exposure to things like that, it’s impossible to avoid them completely. That means that it’s important for parents to engage their teens in conversation about what they see on-screen and let them know the truth – that drugs and alcohol are not as harmless as they make it seem.

Getting Help For Your Teenager

If you have a child in their teens who you think might be abusing drugs or alcohol, it’s important that you deal with it sooner rather than later. Serenity at Summit offers treatment programs for teens and young adults that are designed especially for those age groups. We can help your family find hope and healing.