Kratom for Depression Treatment: Does it Work?

Kratom is a tropical tree that grows in South Asia. People who live in areas where the plant grows have been using its leaves to treat chronic pain and other issues for many years. The active ingredient in Kratom is mitragynine, a drug that appears to work by binding to the opioid receptors in the brain. However, the drug is not officially listed as an opiate drug.

What Does Kratom Do?

Based on the subjective reports of people who use the drug at lower doses, kratom tends to have stimulant-like effects, whereas, at higher doses, it has more sedative effects. It can be purchased in the United States in states where it is legal to do so.

It can be taken in numerous forms, including as capsules, tablets, gum, and extracts. In some cases, individuals may be able to get dried leaves in powdered form. Extracts may be significantly more potent than powders or pills. Different strains of kratom come from different areas of Southeast Asia.

A recent study that presented the results of a survey of more than 8,000 people who used kratom indicated that the common dosage to get desired effects was 5 grams of powder taken up to three times a day. According to the results of this study:

Many use the substance daily to treat issues with depressed mood or use it several times a day, according to the survey. There were no formal psychiatric assessments of the participants, and their use of the substance to deal with depression is based on the subjective reports of the participants; the depression in these people is not based on a formal clinical diagnosis.

Depressed mood represents a common and variable state in many individuals with and without psychiatric diagnoses.  There is quite a difference in the type, number, and intensity of the symptoms in a person with a formal diagnosis of major depressive disorder and a person who is experiencing the normal ups and downs of life.

Kratom users reported that the effects usually begin within 5 to 10 minutes after taking the drug and will typically last for about two hours. Higher doses will last longer. 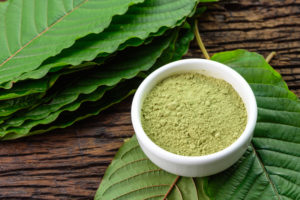 Per the Survey, The Most Common Side Effects With Low-to-Moderate Use Are:

Chronic or High-Dose May Produce:

Chronic use of the drug may also produce physical dependence. Withdrawal symptoms may include nausea, insomnia, and mood swings. Often, individuals undergoing withdrawal from kratom will experience anxiety and depression as well.

There have been reports of deaths associated with overdoses of kratom, but it is not clear if other drugs were also taken in these cases. Nevertheless, these findings have led some researchers to conclude that the potential side effects of the drug may outweigh any benefits that some individuals may experience.

Is Kratom Approved to Treat Anything?

The U.S. Food and Drug Administration (FDA) has not approved kratom to treat depression, anxiety, or any other psychiatric symptoms. At this time, kratom is considered to be a dietary supplement; therefore, its use is not regulated by the FDA.

There is an organization, the American Kratom Association, that publishes material in favor of using kratom to treat numerous issues, including depression and withdrawal from opiate drugs. This organization primarily publishes anecdotal evidence for its claims. Such evidence is not considered to be sufficient to formally approve a substance to treat a specific condition.

At the time of this writing, there are few, if any, published clinical trials to establish the utility of kratom use for the treatment of depression, anxiety, or any other psychiatric condition. Its most promising use may be its ability to alleviate the symptoms of opiate withdrawal. Because the drug itself can produce withdrawal symptoms (physical dependence), it would only be approved for use under the supervision of a physician. The American Kratom Association’s support for this use may provide insight into much of the evidence that alleges that kratom can treat depression.

A case study published in 2008 is often used as evidence by supporters that kratom is useful to treat opiate withdrawal. However, the case study only discusses the experiences of one person, and the findings in the study are not conclusive. Much of the evidence often used as support for kratom’s ability to address opiate withdrawal occurs when kratom is used to replace opiates in individuals who have developed certain opiate use disorders, but this is not the same thing as treating the withdrawal syndrome.

Instead, individuals simply use kratom instead of opiate drugs. These people continue to use kratom instead of their opiate of choice. If they were to stop taking kratom, they may develop a withdrawal syndrome, which may be mild in comparison to that associated with other opioids, but decreased mood and other adverse symptoms would very likely accompany it. 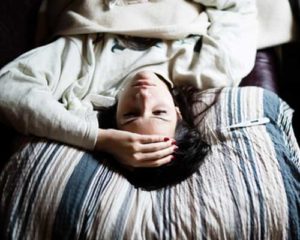 It is important to remember that two drugs that are now the scourges of Western society, opium and coca leaves, were also used by indigenous peoples for therapeutic reasons, such as to relieve depressive symptoms. Thus, individuals under the influence of kratom may not report being depressed: however, when the effects wear off, they will experience increased mood swings.

This is not the same as the drug being an antidepressant, but more like the type of self-medication situation where an individual uses a drug to counteract the effects of their depressed mood and develops a substance use disorder to the drug over time. This does not qualify as a treatment for depression.

Physicians would not administer opiates or stimulants such as cocaine as a treatment for depressed mood. That is the type of behavior that occurs in people with substance use disorders. Many individuals with depression may also turn to alcohol, cocaine, heroin, or other substances, but few people would tout the medicinal effects of these drugs in the treatment of depression. At the current time, it appears that any medicinal effects of kratom are as similar to the stress relief that some people get from alcohol and other drugs of abuse.

Anyone who suspects they have a major depressive disorder should discuss their issues with a licensed mental health care provider. It is dangerous to attempt to self-medicate mental health issues with recreational drugs.