What to Expect During Drug Detox

Drug detox is an unavoidable first step in the recovery process, and it’s often a fearful one for people who are concerned about the severity of the withdrawal symptoms that will usually accompany the experience.

Though there are lots of personal stories about what happens in detox with different drugs, no two people will have the same experience.

There are many variables that will play a role in determining exactly how detoxification will play out and whether or not someone will be able to successfully and safely get through to abstinence in recovery. Each one, as well as how they work in combination, will significantly impact the detox experience and the foundation for long-term recovery. A few of these include:

If your parents or siblings struggled with addiction, mental health issues, or chronic conditions that plague you as well, you could potentially share some of the same problems when it comes to managing detox.

If, for example, there is an underlying anxiety disorder, personality disorder, or depression, then symptoms related to the co-occurring mental health disorder will naturally be impacted by withdrawal symptoms and your ability to stick with detox.

Similarly, chronic medical disorders, diagnosed or not, may be complicated by detox, depending on the drug of choice and the dose at the time of cessation of use.

Different substances impact the brain and body in different ways. For example, stimulant drugs may trigger deeply emotional withdrawal symptoms while opioid or benzo detox may have an emotional component along with an extreme physiological response.

Other drugs of abuse

It is not just the primary substance of abuse that will have an impact on detox; all drugs that are abused will affect the process. Even if not the favored drug, other substances used in combination on a regular basis can cause withdrawal symptoms of their own.

Doses of all drugs of abuse at the time of detox

High doses of any substance will make the detoxification process more difficult, especially if high-dose use is coupled with long-term use. Symptoms may last longer, kick in more quickly, or be more severe.

If there is no support available to address emergent medical issues as they arise, detoxification from high-dose addictions to some substances may prove fatal. Often, medicated detox is the preferred option when available to decrease the physiological response and risk of relapse.

Without mental health care from experts trained and experienced in substance abuse treatment, no matter what the other circumstances of detox, it is unlikely that the individual will be able to see the process through to the end without relapse.

An inpatient medical detox program will almost always include an environment that is supportive of abstinence and recovery. If a person opts for outpatient treatment, the ability to stay committed to the process may be harmed by others in the home, access to drugs and alcohol, or stress.

The support of peers who are also going through detox or have already made it through the experience can play a huge role in reminding people that it is possible to get through withdrawal.

What Can I Expect During Drug Detox? 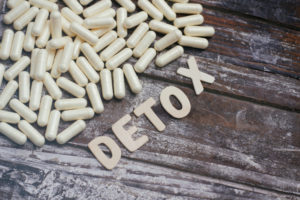 For many, the primary drug of abuse will be the major component in the physical and psychological withdrawal symptoms experienced. Because the body alters its function over time as it gets used to steadily higher and higher doses of a substance, when that substance is suddenly removed, the physiological and emotional response can be significant.

Though everyone is different, the following substances often mean a general detox timeline.

Stimulant drugs like cocaine, crystal meth, and prescription pills like Adderall and Vyvanse create high energy, increase focus, and initially cause the person to be more social. When the use of stimulants is stopped, withdrawal follows a general timeline.

In the first hours of detox, stimulant users often experience a “crash,” or a period which may include physical withdrawal symptoms like headaches, insomnia, or muscular twitching. The psychological symptoms are often the most difficult, however, characterized by irritability, severe depression and suicidal thoughts, and intense craving for the drug of choice that leads to relapse.

As the initial “crash” subsides, the individual may experience a worsening of depression as well as intense fatigue and decreased mental energy. The person may want to sleep but be plagued by insomnia, which can increase feelings of hopelessness. At the end of this phase, the person often sleeps for 24 hours or longer. Until this occurs, it is often impossible for the person to focus on anything else.

Upon waking, the person often experiences intense hunger followed by days of low energy, depression, and a lack of interest in almost anything. It can take up to 18 weeks or more for these symptoms to pass and for the person to increasingly show up for recovery.

Opioid drugs cause sedation and a euphoric high in the user. They are often used by those seeking escape from mental health or other issues that otherwise feel inescapable.

Abuse of prescription painkillers is often how opioid addiction begins, with many eventually turning to heroin when pills become too expensive and tolerance increases. With an increase of the addition of fentanyl in heroin, opioid addiction is now the cause of more than half of all overdose deaths in the United States.

If short-acting opiates like Percocet, tramadol, and heroin are the opioid of choice, withdrawal symptoms can begin within six hours of the last dose taken. If a long-acting opioid is the drug of choice, like fentanyl, OxyContin, or extended-release versions of prescription painkillers, then it may take a few more hours before the first symptoms begin. These can include physiological symptoms like fever, hypertension, muscle aches, runny nose, sweating, and a racing heartbeat. Psychological symptoms often include agitation and anxiety.

In the first three days, the initial symptoms often worsen, and other symptoms like stomach cramping, nausea, vomiting, diarrhea, depression, and drug cravings can begin.

All symptoms, both psychological and physiological, intensify and then peak and plateau during the first week. Supervision is often the only thing stopping people from relapse.

After the first week to 10 days, symptoms will slowly begin to lessen. Some may linger longer than others while others, like chronic pain or depression, may not fully dissipate without medical intervention.

Methadone, buprenorphine, and naltrexone, among other medications, have been approved for the treatment of opioid detox. When prescribed by a physician, they can be used to manage withdrawal symptoms. In most cases, symptoms can be significantly decreased, allowing for a slow tapering and immediate focus on the therapeutic treatment needed to heal.

Benzodiazepines (Xanax, Klonopin), nonbenzodiazepine sedative-hypnotics (Ambien, Lunesta), and barbiturates (Nembutal, Luminal) can all lead to a depressant addiction that can be deadly due to inadvertent overdose.

Mixing these substances with alcohol and other drugs is one of the biggest risks of overdose among people who use these drugs regularly. CNS depressant detox has a high likelihood of being impacted by withdrawal symptoms associated with the use of other substances.

The shorter acting the drug and the higher the dose, the more quickly withdrawal symptoms will begin. These can include shakiness, agitation, insomnia, and anxiety. They can also include seizures, hallucinations, and other acute medical issues that require immediate intervention.

The initial symptoms of CNS depressant detox can worsen in the first few days. Other withdrawal symptoms may begin during this period as well. They may include high temperature, rapid heart rate, high blood pressure, heavy sweating, and intense cravings for the drug of choice.

Symptoms can remain intense for about two weeks into the detox process, longer than with most other drugs of abuse. Inpatient treatment is recommended to protect the person from relapse and overdose during this time.

Though the intensity of withdrawal symptoms may diminish after the first couple of weeks, they can linger for months. Cravings remain an ongoing threat.

Benzodiazepine detox can be deadly without immediate emergency medical care on standby. 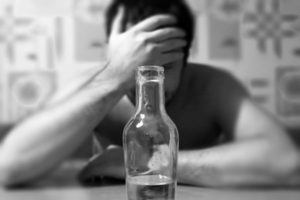 Like benzodiazepines, alcohol is another substance that can cause death during detox if there is no effective medical care available.

The 2015 National Survey on Drug Use and Health (NSDUH) reports that more than 15 million Americans over the age of 18 were living with an alcohol use disorder, adding up to more than six percent of this age group. Though not all are living with alcoholism, alcohol detox can be severe at any level of use, depending on other contributing factors. Medical supervision is always recommended.

It is common for nausea, anxiety, stomach cramps, and insomnia to define the initial symptoms of alcohol withdrawal. For many, these begin in the first few hours after the last drink, especially if regular drinking is heavy and occurs daily.

In the first few days, these symptoms can continue, and new ones may begin, including higher body temperature, irregular heartbeat, and high blood pressure. At any time in the first few days, if extreme issues such as seizures, hallucinations, delusions, or erratic or violent behavior occur, medical intervention is needed immediately.

The risk of serious medical and psychological episodes continues throughout the first week. All symptoms that began in the first few days continue to build and increase until they peak and plateau.

After the first week, alcohol withdrawal symptoms may begin to taper off and dissipate, but some may linger for months. It is important to address continued psychological issues proactively to reversing any signs of brain damage or other medical conditions that may have begun during alcohol use and/ or worsened during detox.

Though many argue that marijuana is not addictive and therefore there is no detox process to endure after the cessation of use, the evidence points to a very different experience among those who stop using the drug. According to a study published at the end of 2015 in the Journal of the American Medical Association (JAMA), 30 percent of those who use marijuana are living with a marijuana use disorder.

When It’s Time for Detox, Withdrawal Symptoms May Include the Following:

Depending on the level and intensity of use, these marijuana withdrawal symptoms can begin within a few hours of the last missed dose, build intensity for the first few days, and then slowly dissipate and persist for weeks until new coping mechanisms are learned.

What Can I Do In Advance to Make Drug Detox More Effective? 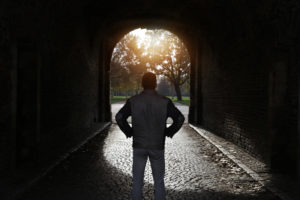 However, if it is impossible to start immediately due to logistics or a long waiting list, it is recommended that precautions be taken to minimize the risks. These harm reduction measures include:

If on a waitlist for detox, it is also recommended to call every day to determine whether or not there have been any changes to the list. If not on a waitlist, it is important to prepare for the smoothest possible experience by:

What Should I Do After Detox to Make Sure I Maintain All the Benefits?

Detox is not a comprehensive treatment for addiction, even if all cravings and physical withdrawal symptoms have subsided within a few weeks. The psychological cravings for drug and alcohol use and the old patterns and habits that led to using substances as a coping mechanism are the primary issues to address to put active addiction in the past, and that requires intensive and comprehensive therapeutic treatment.

Long-term aftercare to solidify the transition into recovery for the first few years is always recommended.