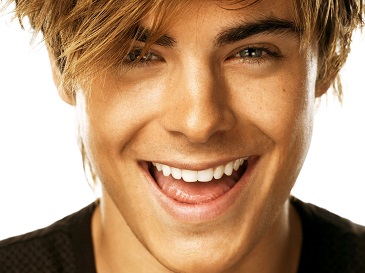 Zac Efron Opens Up About Drug And Alcohol Treatment

Zac Efron recently discussed the trials and tribulations surrounding his 2013 rehab stint, stating that drug and alcohol use was key to the spiral.

The “Neighbors” star has not spoken about the issues that prompted him to seek help last year, but now tells reporters he has grown leaps and bounds after hitting rock bottom.

“I was drinking a lot, way too much,” says Efron. “It’s never one specific thing. I mean, you’re in your 20s, single, going through life in Hollywood, you know? Everything is thrown at you. I wouldn’t take anything back; I needed to learn everything I did. But it was an interesting journey, to say the least.”

Zac blames a large portion of his problems on work – saying that his career kept him alienated from friends and family.

He adds, “It started to become the reason to go anywhere, the reason to talk to anybody. The phone calls I received were regarding work, the ones I wanted to make were regarding scripts to producers. Slowly but surely, I was no longer living in my house. It was just hotel to hotel. So my hobbies went out the window.”

The actor attempted to cope with his busy schedule by using alcohol and drugs, stating, “I was just so deep into my work, it was really the only thing I had. I clung to it in a way that became a bit destructive.”

Following completion of drug and alcohol treatment, Zac relocated to a new home with his brother, and says he’s happy to have moved on from the old bachelor pad in Laurel Canyon. “That house was sort of in the middle of everything. It spit you out on one end of Sunset and on the other end onto Ventura Boulevard. It was a great idea initially – concrete floors, metal windows – a great bachelor pad, in my opinion. But it was surrounded by windows, and at night people started coming up and tapping on the glass while I was asleep. It started to get a little bit strange.”

If you or someone you love is struggling with an addiction to drugs or alcohol, Summit Behavioral Health is the place to turn. Pick up the phone today and let our team of addiction specialists help you back on track towards the healthy, happy recovery you’ve been dreaming of.