What Happens During a Dilaudid Overdose?

As a potent opioid painkiller, Dilaudid can lead to overdose. During an overdose, breathing is significantly suppressed, and this can lead to death.

Prompt action should be taken to save the person’s life.

Dilaudid is a brand-name version of hydromorphone, a prescription medication used to treat moderate to severe pain. Available in injectable forms, as well as in vials, tablets, and suppositories, Dilaudid is a potent opioid analgesic derived from morphine.

While Dilaudid is prescribed by many doctors to treat pain effectively, it is an opioid, and this makes it highly addictive and habit-forming.

Dilaudid, known for its strong potency, is sought on the illicit drug street market, where it’s known as footballs, dillies, and D.

Why Dilaudid Is Dangerous 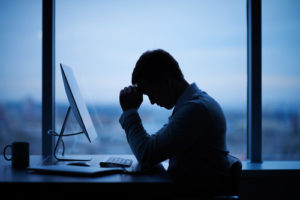 Because opioids act as a depressant on the respiratory and central nervous systems, it is very dangerous to combine them with other drugs, particularly ones with a depressant effect, like alcohol, benzodiazepines, and barbiturates. The combination can lead to slowed or stopped breathing and result in brain damage or fatal overdose.

Users develop a tolerance for Dilaudid. This makes it more likely that they will continue to increase their dose as they continue to use. As they take increasingly higher doses, overdose is more likely.

As with many opioids, use of Dilaudid has skyrocketed in the past decade. Between 2006 and 2010, the number of hydromorphone-related emergency room visits increased 161 percent.

An individual who is using Dilaudid will likely exhibit some of the most common side effects of the drug.

In addition to these physical effects, an individual struggling with Dilaudid abuse will likely begin to show signs of an opioid dependency — withdrawing from society and everyday life, disappearing for days-long drug binges, and becoming unable to keep up with daily life.

They may fail to show up for family events they used to enjoy and struggle to keep up with jobs and responsibilities. They may also be “doctor shopping”— seeing multiple doctors to obtain more painkiller prescriptions.

Signs of a Dilaudid Overdose

An Individual Suffering From a Dilaudid Overdose Will Show Extreme Effects.

There Are Also Acute Signs of a Life-Threatening Dilaudid Overdose.

What to Do If You Suspect Someone Is Overdosing

Call 911 immediately. A Dilaudid overdose can result in death, so urgent medical attention is needed.

An opioid overdose can result in loss of consciousness and stopped breathing, which can prevent oxygen from reaching the brain. In addition to death, this can result in brain damage and coma.

A matter of seconds or minutes can make a huge difference. The longer oxygen is withheld from the brain; the more damage will be caused.

What Kind of Treatment Is Given? 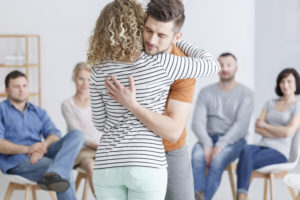 If a Dilaudid overdose is suspected, the opioid agonist naloxone (Narcan) is administered to reverse symptoms of opioid overdose, including respiratory suppression and low blood pressure. The medication pushes opioids off the receptors, essentially reversing the overdose temporarily.

Most emergency responders carry naloxone. It is also available to the public in many places, for people to obtain if they know someone who abuses opioids.

If available, administer it to the person who is overdosing. In some instances, more than one dose is needed.

Naloxone is not enough on its own. Further medical care is needed.

Once at the hospital, the individual will likely undergo tests to check and monitor vital signs, such as temperature, breathing rate, pulse, and blood pressure. Additional tests may include blood and urine tests, x-rays (particularly to check the chest), CT scans, and heart rate tests, including an ECG.

Treatment in emergency care may include detoxification methods like laxatives and activated charcoal treatment. Intravenous fluids may be administered as well as breathing support and various medications to address the effects of the overdose.

What Happens After an Overdose?

The aftermath of an overdose will vary greatly, depending on the dose taken, the individual’s physical makeup, and how quickly they received medical help or naloxone (Narcan).

Individuals who are quickly treated with the antidote may recover in about one to four hours, although they will still require additional monitoring and testing to ensure there is no significant damage.

Individuals who overdosed on a higher dose of Dilaudid or who did not receive treatment quickly are at a higher risk for more serious complications like pneumonia or muscle damage caused by lying on a hard surface for a long time. There is also the risk of brain damage for individuals who lost consciousness during their overdose and did not get enough oxygen to their brains.

A Dilaudid overdose can act as a wake-up call for individuals who are struggling with a dependency on the drug. It may prompt them to seek treatment.

For some, however, the mere stress of the event can serve as just another trigger to use. Concerned family members and friends may see the overdose as a turning point and begin to strategize a treatment plan.

Don’t Wait to Call For Help

Dilaudid is a highly addictive pain medication that is also a popular drug of abuse.

Taking a high dose of Dilaudid or mixing it with other substances can cause an overdose, which can result in brain damage or even death.

If an opioid overdose is suspected, call 911 immediately.