Drugs like heroin, morphine, and other potent opioid drugs are all traced back to a single plant known as the opium poppy. The plant has been followed back to the earliest years of human civilization. Opium use was widely known in ancient Mesopotamia, and the drug has been used both recreationally and medicinally for centuries. Derivatives of the plant, such as morphine, became widely used pain relievers in the 1800s.

During this time, heroin was synthesized to be a pain reliever until medical professionals became aware of how addictive the drug is. While morphine boasts similar characteristics and can be addictive, it does provide therapeutic benefits that make it a useful treatment for acute pain after an injury.

Morphine, however, is an extremely addictive opioid painkiller that produces euphoric effects when it attaches to the opioid receptors in the brain. The drug works by decreasing the sensation of pain that could be the result of a traumatic injury. Morphine is commonly used in a hospital setting for this reason.

The drug was initially synthesized in the early 1800s by Friedrich Sertürner, and drug conglomerate Merck in 1827 marketed it. In recent times, it has been manufactured for many variations of opioid drugs such as hydromorphone, oxymorphone, and heroin.

While morphine addiction is less common today when thinking of the opioid crisis, it is still a drug that is widely used in a hospital setting that can be a factor in someone falling to opioid addiction. Morphine is among the purest and most potent opiate drugs on the market, but it can be hazardous when using, and morphine withdrawal can be extremely unpleasant.

What Are the Morphine Withdrawal Symptoms?

Morphine withdrawals will vary from one individual to another based on many different factors. Some of these include:

Some of the most common morphine withdrawal symptoms a user can experience once they build a tolerance and dependence include:

While morphine withdrawal is not considered life-threatening as you’d expect from benzodiazepines or alcohol, there still can be complications if other drugs are present in the process. If either of the two drugs previously listed is present during withdrawal, it can lead to fatal or near-fatal consequences.

One aspect of morphine withdrawal that must be kept in consideration is how it can aggravate pre-existing medical conditions. The withdrawal process comes with uncomfortable symptoms, but if you have a medical condition, the stress withdrawals can tack on create unexpected health complications.

What Are the Stages of the Morphine Withdrawal Timeline?

Morphine withdrawal symptoms will continually increase after the last dose of the medication is consumed. While the likelihood of a fatality as a result of withdrawal is low, the process will make you feel ill, which can be life-threatening. Withdrawal symptoms can be so severe at times that you can’t get out of bed, eat, or sleep for weeks. Unfortunately, this is a part of morphine addiction. On a hopeful note, morphine addiction can be treated by professionals to mitigate the risks and help transition you into recovery.

The initial symptoms are mild and may be overlooked, but as the withdrawal process marches forward, it will become evident that you are experiencing morphine withdrawal instead of the flu.

Over the next few days following your last dose of morphine, symptoms will begin to increase in severity. Morphine withdrawals typically peak within 48 to 72 hours after the last dose. The physical effects during morphine withdrawal include:

During this span, it may feel as though you are can’t move forward without using the drug. The side effects are unpleasant enough to push a user into relapse.

At the peak of the withdrawal is when most users will give in to their temptations. To stop the symptoms of withdrawal, the user may feel they have no other option than to use the drug to feel better. It makes this portion of morphine withdrawal dangerous because it is difficult for morphine users to stop using the substance without medical intervention.

After seven to 10 days, the physical symptoms should begin to subside. Emotional aspects, however, such as post-acute withdrawal syndrome (PAS) may remain. PAWS has the potential to last several months or even years after abstaining from morphine, and it almost unavoidable without professional support and guidance. Anxiety and depression are catalysts for relapse, and seeking treatment should be considered. 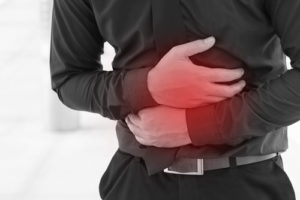 Morphine detox at home is not ever recommended.  Overdosing is quite possible as sensitivity, or intolerance, for the drug’s effects rises, and tolerance for them decreases. Medical detox at an accredited addiction treatment center is strongly encouraged. Quitting morphine “cold turkey” is one of the most difficult obstacles to overcome, and it is imperative that you seek medical detoxification if you have decided that you want to stop using the drug.

Detoxing in a medical facility while surrounded by addiction specialists can help you achieve your goal of overcoming addiction. Detox will also allow you to be much more comfortable and have medications to alleviate the uncomfortable symptoms you are going to experience.

Once you have completed detox, the team will have assessed and determined the next level of care.

Once you’ve committed yourself to treatment, addiction specialists will encourage you to continue care and attend a long-term program. Long-term programs consist of residential treatment and outpatient programs that you should attend when finishing detox. Residential treatment programs are essential at the beginning of recovery due to the number of psychological and physical effects of addiction. Common programs you can expect to participate in include: