Dilantin Overdose: Recognize It & How to Treat It

Dilantin is one of the brand names for the anticonvulsant medication phenytoin. It may also be used to treat other issues, such as neuropathic pain or heartbeat irregularities. The medication can be taken orally or via injection.

Individuals who are taking anticonvulsant medications like Dilantin are often subjected to periodic blood tests to ensure that the proper dose is being delivered.

The drug is believed to work by blocking the unrestrained repetitive firing of neurons, which leads to seizures, through sodium channels in cells.

Overdoses associated with Dilantin can be accidental or attempts at self-harm (suicide attempts). Because one of the potential side effects of Dilantin use is suicidal ideations (suicidal thoughts), whenever someone overdoses on Dilantin, they should be evaluated for depression and suicidal thoughts.

The symptoms of an overdose on Dilantin can be variable. They may include the following:

The severity of the overdose and presenting symptoms are often divided into:

Mild or moderate overdose syndromes, which are without significant respiratory suppression or coma but may include any combination of the other symptoms listed above. A mild overdose would be differentiated from a moderate overdose based on the intensity of the symptoms.

Severe overdose syndromes, where there is significant respiratory suppression, stupor, or coma present. 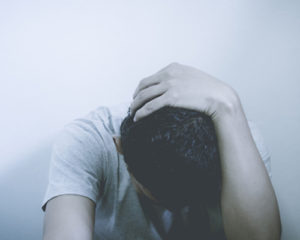 Overdoses on anticonvulsants like Dilantin are less common than overdoses of many other prescription drugs.

There may also be some gender differences associated with the rate of overdoses for various anticonvulsants, but this finding may also reflect the prescription patterns of these drugs.

Research suggests that a large proportion of overdoses on anticonvulsants occur in people with diagnosed psychiatric disorders.

What To Do in Case of an Overdose

Unless one is professionally trained to handle an actual overdose on Dilantin, they should not attempt to treat or manage someone suspected of overdosing on the drug.

To assist medical professionals, there is some information you can gather, such as:

Do not attempt to make the person throw up, eat, take any medication, or drink any liquids unless instructed to do so by medical professionals.

Try to limit stimulation and keep the person quiet until help arrives. Follow any instructions from the emergency dispatcher. 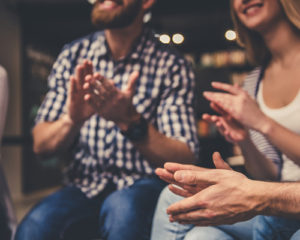 When professional medical help arrives, they will want to take the person’s vital signs, such as their pulse, breathing rate, temperature, and blood pressure. Other tests may be performed at the hospital, including electrocardiogram, blood tests, urine tests, CT scans, and X-rays.

Fluids are typically administered via an IV to reverse the effects of the drug and to assist in the treatment of overdose symptoms. If the drug was taken orally, medical professionals might administer activated charcoal.

Individuals who have stopped breathing may need to be intubated. Specific symptoms will be addressed by medical personnel.

The Prognosis for an Overdose on Dilantin

The outlook and expectations for individuals who overdose on Dilantin may vary according to the severity of the overdose.

Complications of an Overdose

An overdose of Dilantin can be serious. Some associated problems can occur, such as pneumonia and a lack of oxygen to the brain that can produce brain damage. Individuals may experience strains or muscle damage associated with tremors or lying on a hard surface.

The long-term effects of most Dilantin overdoses are not permanent. Unless there are major complications, most individuals recover.

Fatalities are relatively rare, but if they do occur, it is usually due to liver failure. The respiratory suppression produced by a Dilantin overdose may lead to brain damage and can even be fatal.

Fatalities are more likely to occur in individuals who take extremely large doses of Dilantin and did not get help immediately.