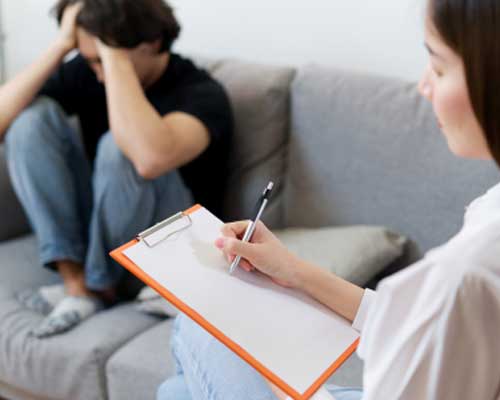 Anger is a universal feeling that everyone has from time to time. People typically feel it when they perceive that they have been wronged or mistreated in some way. There are times, of course, that emotion is justified, but more often it is a function of fear that the individual is feeling. Excessive anger can be a dangerous thing because it can lead a person to suffer negative consequences physically, emotionally, and socially, especially when it leads to aggressive or passive-aggressive behaviors. For people in recovery from addiction, anger can be significantly destructive, and can eventually lead to relapse.

Anger is an emotion that varies in degree from person to person and by the situation. It can arise in many different contexts and it can range from mild irritation to furious rage. While it is a natural emotion that everyone feels sometimes, it is always a good idea to learn ways to deal with it in constructive ways. This is especially important for people who are in recovery because when they are triggered toward anger they are at risk of using drugs or alcohol again.

While it’s certain that you know what it feels like to be angry, it may come as a surprise that anger is usually a secondary emotion. That means that there is some other emotion underlying that is causing the anger, like fear or sadness. Because people are uncomfortable expressing fear and sadness, they often turn to anger because it provides a sense of control and energy rather than feelings of helplessness and vulnerability.

The Risks Of Anger

Too Much Anger, Or Anger That Is Not Expressed, Can Lead A Person To Negative Consequences Including The Following:

People who are in recovery often struggle with anger, especially in early sobriety. The first year of sobriety can be a very emotional time in a person’s life – with many highs and lows. Because they are used to avoiding both positive and negative emotions by drinking or using drugs, this overflowing emotion can be difficult to deal with, and can easily cause anger.

Typically, people with substance abuse problems used drugs or drank alcohol to avoid negative feelings. So when they become sober and are no longer able to use their drug of choice to deal with angry feelings, they have to learn new ways of coping Unfortunately, anger is one of the most reported excuses for relapse after becoming sober. If a person doesn’t have the coping skills to deal with it, then it will build up over time, ultimately resulting in the person exploding. They can’t think rationally when that happens, and they often return to using drugs or alcohol.

How To Deal With Anger In Recovery

Therapy or Anger Management The goal here is to talk to someone. Whether that’s a therapist or counselor or by taking an anger management class it’s up to you, but someone who is a professional will be able to offer you support and advice on how to handle your rage when it arises. Sometimes it’s also helpful to discuss the people or things that are triggering your anger with a close friend or sponsor. Just getting the feeling out of your head and out where someone else can hear it is often helpful in alleviating much of it.

Distraction This strategy you have to use with caution. You certainly don’t want to regress into avoiding your feelings or trying to stuff them down. However, if your anger is at a boiling point distracting yourself for a little while may be helpful. Doing something that you enjoy may help you calm down and allow you to see the situation form a more peaceful perspective. The key thing to remember is that you do have to return to the situation and deal with it after.

Physical Activity or Exercise Burning off some calories is a good, constructive and healthy way to release some of the physical aspects of anger. Whether that means taking a walk around the block, working out with weights, or going for a run, it will work off some of the negative energy and also release “feel-good” endorphins, which will improve your mood. Once you are relaxed and in a calmer state of mind you will be able to focus on the issue at hand and deal with it more appropriately

Mindfulness and Relaxation Deep breathing, meditation, and mindfulness are helpful when you feel your anger start to bubble up. Once you are relaxed and in a calmer state of mind you will be able to focus on the issue at hand and deal with it more appropriately

Anger is something that comes up for everyone, and it’s important that you learn to deal with it in a healthy way – especially if you are in recovery. It could mean the difference between continuing on a path of recovery or starting on the path to relapse.

Are you concerned about your anger? Or are you considering getting inpatient treatment for your substance abuse? If so, Serenity at Summit can help you. Contact us today at 844-432-0416 and we will help you begin your recovery.