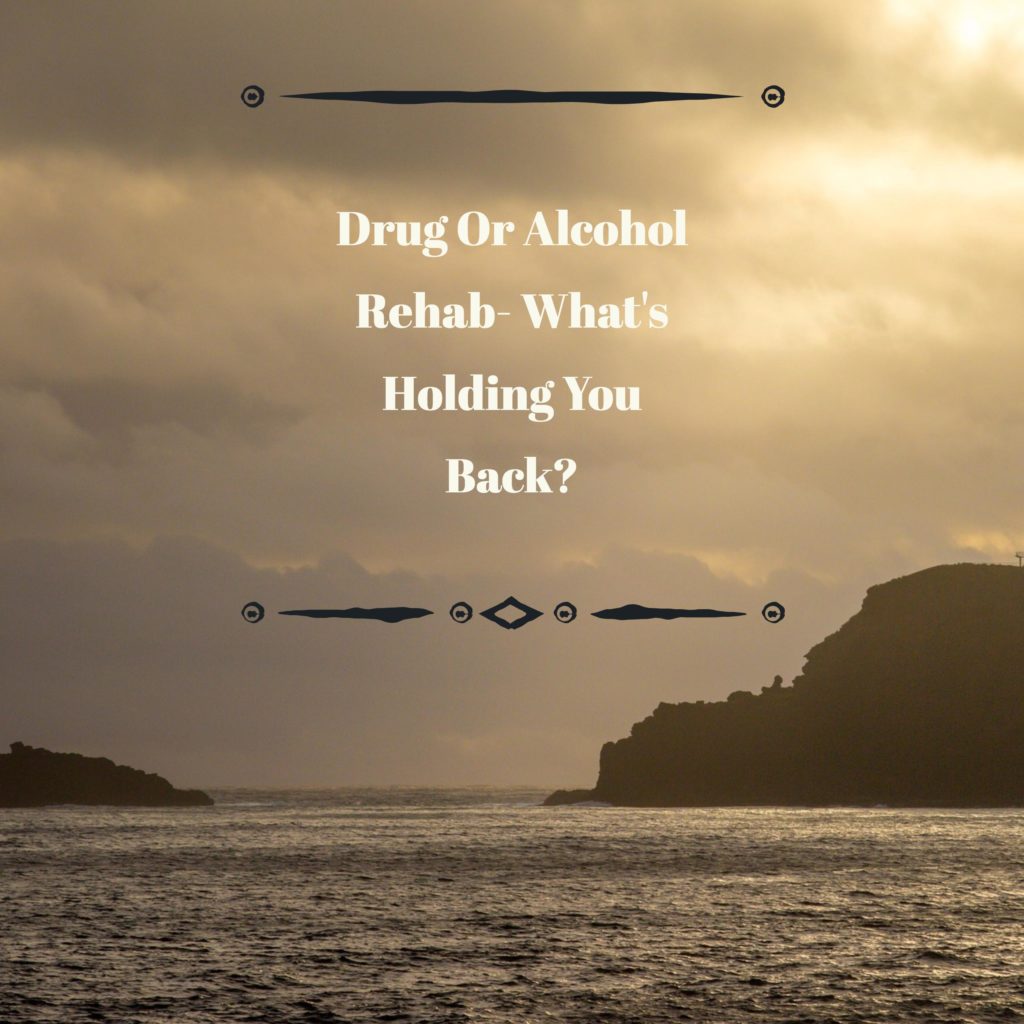 Rehab: What Fears Are Keeping You From Going?

There are many fears that affect those suffering from addiction that stop them from going to a drug or alcohol rehab program. Understanding these feelings can help.

Chances are good that it is fear of one kind or another that is keeping you from going to treatment for your addiction. That’s understandable, it’s a major decision that disrupts your life as you know it, no matter how bad that life may be due to your drug or alcohol use. But when you are able to recognize that fear and walk through it anyway, you have the opportunity to change your life for the better.

The following are just some of the fears that you may be experiencing as you decide whether or not you should go to rehab, and some ways of thinking to relieve them.

The Fear of Judgment

While there is far less stigma associated with addiction these days than there ever has been, it’s still a valid fear. You may be worried about what people will think if they know you have been to rehab. If you have a job or go to school, you may be concerned with what your employer, coworkers, or classmates will think when you return. Will they think less of you? Or think that you are weak or broken? Will no one trust you anymore?

New way of thinking: The fact is, it takes a tremendous amount of courage to go to rehab, and you have to remember that. What other people think about you really doesn’t matter. They have not walked in your shoes so they really have no idea what you have been through. Yes, there will be people who don’t understand addiction and have preconceived notions about it. Those are the people whose opinions you just have to ignore.

The Fear of Withdrawal

Most addicts have tried to get clean and sober on their own, but failed because the withdrawal was too uncomfortable. It’s true that alcohol withdrawal and being dope sick are awful and can be dangerous when you try to make it through on your own. But when you attend a rehab, you can go through a medically supervised detox in which you will be given medication to make the withdrawal less painful.

New way of thinking: Detox is safer and more comfortable when you are in a medical facility. There, you will be taken care of and attended to, and you don’t have to be alone. And it could be the very lasttime you ever have to experience withdrawal from drugs or alcohol.

The Fear of the Past

It’s likely that you have negative memories or trauma in your past that you have used drugs or alcohol to attempt to erase or avoid. That’s very common among addicts. You may be feeling afraid of having to deal with those memories without the chemical assistance you are used to having.

New way of thinking: Yes, you will have to delve into those uncomfortable memories in rehab, to get to the heart of the reasons you began using or drinking. However, you will be doing so in a safe, non-judgmental environment surrounded by people who understand. You won’t have to face those old memories and traumas alone.

The Fear of Wreckage

Most addicts create a lot of wreckage during their active using. It’s easy to put off dealing with it, or even just ignore it when you are using. You may be scared about having to deal with the messes you have made if you get clean.

New way of thinking: There will be things that you have to deal with in recovery that you messed up during your active addiction, but you will be doing so with a new outlook on life. When you begin recovery, you will find that you have more hope for your future and that will make dealing with the wreckage of your past much easier.

The Fear of Losing Relationships

New way of thinking: If your current relationships are centered around your using or drinking (your drinking or drugging buddies), then you are likely to lose them when you get clean. That may seem sad or even like something that you can’t handle. But in reality, those people who you hung around with while using probably aren’t really the friend that you think they are – especially if they are also addicts. You will form new friendships with sober people in the future.

Having to deal with relationships that are already lost will be hard. But there is hope that you may be able to rebuild them when you are sober, and that chance doesn’t even exist if you are still using or drinking.

The Fear of Feeling

Drinking and using drugs numbs your feelings so you don’t even have to feel them. When you stop using, you may start to experience emotions that you have been avoiding through drugs and alcohol for the first time in a long time, it’s understandable that this may be frightening.

New way of thinking: There really is no way to get around having to feel in recovery. A different way to think about it is: while you have been avoiding negative feelings for so long, you have also been depriving yourself of experiencing positive feelings. When you learn how to deal with your emotions in recovery, you will have the gift of being able to feel all the wonderful ones that you have been missing.

The Fear of Failure

Maybe you fear failing at sobriety. That makes sense, especially if you have tried it many times before and been unsuccessful. Recovery isn’t a walk in the park, and many people do relapse, but it doesn’t have to be the case with you. Perhaps you don’t want to let your friends and family down again – or yourself, for that matter. However, there are too many reasons to keep trying, so you can’t let this fear stop you.

New way of thinking: You cannot possibly ever get clean and sober if you don’t try again. Each individual who finds sobriety gets to it in their own time. There’s a saying in recovery circles that