Diclazepam Guide: Is It Addictive, Dangerous?

Research chemicals refer to psychoactive substances, which have unstudied effects and little to no history of medicinal use. The drugs typically have chemical structures and effects that mirror illicit substances and are developed to either improve the results of a drug or skirt around existing drug laws. Vendors use the term coined as “research chemical” to bypass restrictions for selling their poison “legally” on the gray market.

Diclazepam is a different type of research chemical as it mimics the effects of benzodiazepines but currently serves no purpose in the medical community. The effects are similar to diazepam (brand name Valium) in providing anxiety suppression, disinhibition, anticonvulsant, hypnotic and muscle relaxing effects.

Some of the most infamous substances to come out of the research chemical boom are usually sold online. These include the likes of bath salts, a synthetic cathinone chemically similar to cocaine. There is spice, which is a synthetic cannabinoid similar to marijuana, and a wide variety of new synthetics based on fentanyl, which is an opiate drug that is between 30 to 50 times stronger than heroin. While chemist Leo Sternbach discovered diclazepam at Hoffmann-La Roche in 1960, it was not released until much later. 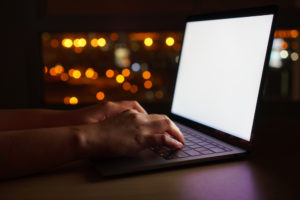 Around 2012, online retailers began to carry clandestinely produced benzodiazepines that were untested to the public. Considering the United States is on the verge of a benzo crisis lurking in the shadows of opioids, it’s necessary to nip this problem in the bud.

The availability of the drug is startling considering the quick and simple access to the web. Anyone with a credit card and a Wi-Fi connection can buy drugs online. It’s not as complicated as driving to a street corner in a neighborhood and jumping the hurdles to obtain the drug; it’s finding a site, clicking, and purchasing — transaction complete. No police to contend with, and no one to worry about stealing from you. It has transformed the market and how we buy drugs, but the fact that these are untested and unstudied should scare anyone who’s thinking about using the substance.

Diclazepam is a research chemical that resembles the chemical structure of the popular drug known as diazepam, widely known as Valium. It is one of the newest in a long line of designer drugs with reports indicating its appearance around 2014. At the end of 2014, there were only two reports published involving the drug. Unfortunately, as other benzodiazepines become more scarce because of restrictions, the popularity of diclazepam will skyrocket.

The U.S. National Library of Medicine National Institutes of Health investigated the designer drug’s properties for a study in 2014 and found that a 1 mg (milligram) tablet of the drug is consumed and moves slowly through our body. The elimination half-life is 42 hours which means it can remain active for several days. When it breaks down, it converts into other benzodiazepine drugs, which make it continuously potent. Even after a single dose, the drug can remain present in your urine for up to 11 days.

With the exception of the report listed above, there are minimal amounts of information relating to diclazepam, its potency, risks, or longevity. While it is chemically structured in a way to mirror Valium, it is 10 times more potent, which makes it produce amnesia and sedation as the primary effects. The illicit substance relaxes muscles, lowers inhibitions similar to alcohol, slows neuron firing, and stops panic attacks.

Due to the similarities it shares with diazepam, it is a long-lasting drug, but it takes much longer to become active. Once the drug activates in the system, the effects remain for several days, and this can lead to severe side effects including hospitalization.

Small doses of prescription benzodiazepines can lead to addiction, and this is why they are seldom prescribed for longer than three weeks at a time. The body can develop a tolerance during that span, which often leads to someone taking more than of the drug to achieve their desired effect.

People with mental health disorders such as anxiety may continually take the consume the drugs to manage the symptoms of those disorders, a practice known as self-medicating. Unfortunately, attempting to abstain from the drug can create the same withdrawal symptoms you would expect from benzodiazepines, which can be dangerous.

Benzodiazepines carry significant risks when abused. While diclazepam falls under the category of benzos, it is not prescribed by a doctor, meaning there are no set guidelines by a professional. All consumption can be considered abuse, and prolonged use can lead to addiction.

“Benzodiazepines have been prescribed for decades to treat anxiety and seizure disorders, but the possible threat of overusing them is real and with that comes dependency, overdose, and the potentiality of death,” writes Christopher Lane, Ph.D., for an article in Psychology Today.

The problem is when someone with a mental health disorder, such as anxiety, continues to use a  pill to feel normal because it seemingly changes their lives. Eventually, as tolerance begins to build, the person will continue to take more, and before they know it, they are dealing with worse anxiety or problems than before using. There is a disorder known as rebound insomnia that affects those abusing benzodiazepines like diclazepam.

Some of the Most Immediate Side Effects Include:

There is a 50 percent increased risk of developing dementia in the long-term, and there is a high potential for addiction.

Long-Term Side Effects of Benzodiazepines Include:

In a medical detoxification center, clinicians will provide medications that will curb the most dangerous withdrawal symptoms. They will set a tapering schedule and wean you off the drugs while offering 24-hour supervision in case a medical issue arises.

While some drugs may offer detox on an outpatient basis, diclazepam detox must be done on-site to ensure your safety and comfort. Upon completion of detox, addiction recovery specialists will help get you into the next stage of treatment. Detox is just the beginning of the continuum of care.

To add on to the severity of benzo addiction, the next step in the continuum of care will be a residential treatment center. Typically, this will be dependent on several factors such as how long the drugs were used, the dose ingested, and the environment back at home, but benzo use is dangerous and requires a residential treatment stay. Staying on-site will involve treatment anywhere from 30 to 90 days and include therapies geared toward changing behaviors. The most common treatment therapies include:

If you or someone you know has been experimenting with diclazepam, but it has developed into an addiction, it is imperative they get medical help immediately. All benzodiazepines are dangerous, but untested drugs like diclazepam that are 10 times the strength pose immediate risks. Get help today. 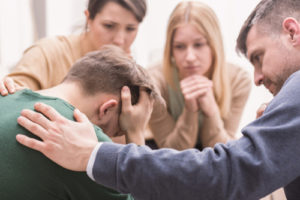 Get Treatment for Diclazepam Addiction Today

Benzodiazepine addiction is extremely dangerous, but it can be more dangerous even when you stop. It is especially true if you quit abruptly after developing a chemical dependence. If you start to feel withdrawal symptoms, it’s important to seek help as soon as possible. Drugs like diclazepam are unpredictable, and the only way to ensure your safety is to seek treatment.

If you or a loved one is struggling with a substance use disorder involving diclazepam, there is help available. Speak to an addiction treatment specialist at Serenity at Summit to learn more about benzodiazepine addiction and how it can be treated. Call 844-432-0416 or contact us online to learn more about your addiction therapy options.