Deciding Between Drug Rehab and Prison

Deciding between drug rehab and prison may not be the most natural choice you will ever make. For some, the structure of prison may offer the dose of reality they’ve needed to straighten out their lives, but for others? They may need a more gentle touch that uses an evidence-based approach to treat their addiction. What we must take into consideration is that each person is different and requires a tailored path toward addiction treatment.

Currently, an estimated 2,298,300 people are incarcerated in the United States. The United States boasts the highest prison population in the world, holding 737 persons per 100,000.

With such a large prison population, there is something known as becoming institutionalized in the U.S. prison system. Long-term imprisonment changes people to their very core, and after spending years in one of these institutions, most will never return to their usual selves before their sentencing. When debating which is an adequate treatment, it is going to be based on the type of person you are, and the length of the prison sentence.

The National Council on Alcoholism and Drug Dependence (NCADD), along with many other institutions, states that most inmates are in prison because of substance abuse. Sixty percent of individuals arrested test positive for illegal substances at the time of their arrest.

Nearly half of those incarcerated are clinically addicted, and 80 percent of all crimes stem from drug or alcohol abuse. Two-thirds of those in jail for drug-related crimes will return to prison within three years of being released and become repeat offenders. Of that group, half of those are sent back to prison for failing a drug test while on probation.

The argument then shifts to how an individual will not learn how to be a productive member of society during incarceration. It is not good for the whole of society to have drug users on the street who are committing crimes.

California is an example of how this is a problem. Drug possession has always been considered a felony in the state, but new initiatives reduced these to misdemeanors and releases these users back onto the street. AB109, Prop. 57, and Prop. 47 are geared toward alleviating some of the overcrowding in the state’s prisons.

Unfortunately, what is being seen is the early release of those who have not been rehabilitated, and they are using the California prison system as a revolving door. While this may not be the case in the rest of the country, it is an example of how prison may not always be the best option when deciding between drug rehab or jail. If you are arrested and tried before a judge, they may give you a choice to choose your drug rehab program.

Mandatory drug rehab programs are on the rise, and they are known for being the better option when it comes to getting help. A mother in the article named Alecia Gordon states that forced drug treatment was the best option for her 19-year-old son. “If it wasn’t court-ordered, he really might not have survived,” she said.

There are many stories with this same message, and it may be time we focus on a customized treatment plan that can help those who need the dose of reality, as well as those who need a softer approach.

Would It Cost Less To Go to Drug Rehab?

One argument when deciding between drug rehab and prison is total overall cost and what it could do to our economy. Currently, the United States incurs $740 billion annually in expenses that relate to drug use. Sending substance-abusing state prisoners to community-based treatment programs instead of price could not only reduce crime, but it could save billions of dollars in the long-term. The savings would result from immediate reductions in the cost of incarceration, and by reductions in the number of crimes committed by successfully treated offenders. All of this can result in fewer arrests and re-incarceration.

Of the nearly 50 percent of state prisons that abuse drugs or are dependent on drugs, only 10 percent of them will receive medically based drug treatment while they are incarcerated. Those who are untreated or not treated entirely are more likely to begin using drugs when they are released from prison, and commit crimes at a higher rate than those who do not abuse drugs.

If 10 percent of eligible offenders were treated in community-based programs instead of prison, the criminal justice system could save up to $4.8 billion. Those numbers jump dramatically to 12.9 billion if 40 percent of those were eligible and could attend.

Why Is Drug Rehab a Good Alternative to Prison? 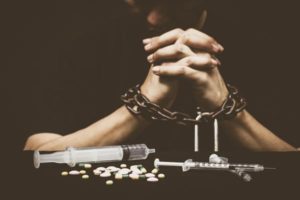 Finding a way to treat people who can benefit from drug rehab will be an effective alternative for many reasons.

As we spoke briefly about above, costs associated with treatment are much less than prison. Instead of locking up people who have a drug problem and making them dry out in prison, mandatory drug rehab may help those people build better lifestyle habits.

Drug addiction is a disease that should not be punished by long sentences. Treatment can help these people to integrate into fully functioning and contributing individuals to society rather than becoming institutionalized.

How Will It Work?

If rehab is an option instead of prison, how will we know that they won’t blow off treatment? Many drug courts order extensive monitoring of these individuals who are sentenced to drug rehab, ensuring they have completed program goals.

Drug courts are set up in all 50 states and the District of Columbia, but no drug courts are within our federal system. Drug courts will often require the person to complete certain measures, be subjected to court monitorization, and meet specific eligibility requirements as part of the program sentencing. If the judge opts for court-ordered treatment as a sentence, the individual must complete all steps of the program without incident. One mistake could jeopardize their plea deal and send them straight to prison.

Some of the Measures a Judge Will Expect the Individual To Complete Include:

Someone who completes a drug court program may not have to plead guilty to their charges as part of a plea deal. Depending on the crime, they could receive a reduced sentence, avoid jail, or be allowed to have the conviction removed from their record.

When comparing drug rehab and prison, it seems that the best choice would be to opt for treatment. For those who need a second chance after making a mistake they could not control because of addiction, prison will do more harm than good. If you or someone you love need help with an addiction to drugs or alcohol, Serenity at Summit can help.

Serenity at Summit Can Help You Today

Sometimes we may look at jail or prison and think it’s a better option to abstain from drugs or alcohol. If you are placed in either one, you will not have the ability to complete the continuum of care, and you will not address the underlying issues that cause addiction. If you are looking for the best possible care, look no further than our program.

Let Serenity at Summit be the outlet that saves you from prison and addiction. Our specialists are ready to listen to your story today and help get you out of a bind. Feel free to give us a call right now at 855-956-4940 or contact us online to learn more about how we can help.