Recovering with Felonies: What Options Do I Have for the Future?

Once you complete a stint in treatment, you have your entire future ahead of you to write a new story. Once you move on from treatment, you can focus on maintaining your health, rebuilding broken relationships, and bettering yourself as an individual. Unfortunately, unless you grew up with wealth, you’ll likely need to build your career, which might be the most challenging part of your sobriety. A history of felonies and arrests can make it difficult to get the job you want.

For many of those with felonies who are recovering from substance use disorders, life after treatment means facing the consequences of your actions head-on and learning how to survive in a world that believes you’ll reoffend.

Unfortunately, staying out of trouble and proving you’ve been reformed isn’t always enough. A felony conviction can follow you around, causing havoc in your life. It may also cause you to relapse due to the stress of not getting a job, despite your best efforts. You might be facing bills, debt, court fees, and broken family bonds, meaning you have no one to turn to. In the United States, 70 million to 100 million adults, or one in three Americans, have felony records, a majority of which are due to drug-related crimes.

On top of the millions living with felony convictions, nearly 700,000 people are released from prison each year, but those same figures aren’t returning to the workforce. Almost 60% of those who were formerly incarcerated are unemployed one year after their release.

The Stigma Attached to Former Felons

Unfortunately, despite getting better and serving your sentence and getting treatment, there’s a stigma attached to those with felonies. The high unemployment rates among those in recovery is not a coincidence. According to the Bureau of Justice Statistics, only 12.5% of employers answered they’d accept an application from someone with a felony on their background.

Although employers aren’t legally allowed to ask about your criminal history, most states do allow the employer to ask if a potential candidate has a criminal record. An estimated 90 percent of employers in the United States check criminal record databases before hiring for a position, focusing on felony convictions.

It makes someone in recovery question if they should admit to having a felony on their record during job applications. Lying about your criminal history is illegal and can lead to immediate termination if the employer finds out. In some cases, the candidate sees no other options available. Prolonged unemployment can trigger a person to relapse and cope with their struggles, or even worse, cause them to return to a life of crime to survive.

What’s alarming is that some criminal records may be inaccurate or outdated. A New York Times article showed that in 2008 the government began checking criminal backgrounds on 1.2 million workers at national ports. A law passed after Sept. 11 makes it so that anyone convicted within the past seven years must be excluded from hiring lists for ports, which affected 59,000 workers.

When 30,000 workers appealed the decision because the records were inaccurate, it was found that nearly 25,000 of those cases had no evidence of a conviction. Even by February 2015, when the article was written, background check systems were inaccurate 42% of the time when identifying a felon.

The mistakes occur to those without a history of offenses, too, but this can affect those in recovery when their criminal records are outdated and jeopardize the opportunity of getting higher wages.

Options for the Future

It’s challenging when you feel the decks are stacked against you, but fortunately, there is hope. If you’re fresh out of treatment, you can contact the center you stayed at and find resources. Many of the individuals who got sober and moved on have felonies on their record, and they want to provide someone like you with the same resources.

Staying Out of Trouble

Felons in recovery should live with some hope. First, you should take pride in the fact you’ve managed to get sober. Addiction is a progressive disease that can be fatal without treatment. Even for those who seek help, it doesn’t guarantee long-term sobriety as relapse is common. With that said, if you’re sitting here right now stressing about your options—don’t; you have options available to you.

You have to stay out of trouble, and if you’ve managed this, you can earn a Certificate of Good Conduct in your state. Although not every state has these resources setup, staying out of trouble has its benefits. It will give employers incentives to hire you while protecting them.

Help With Finding a Job 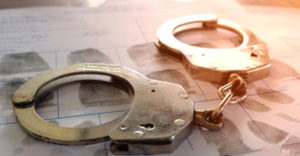 For some, life after treatment might even be more challenging than before they got sober. With such a stigma attached, those in recovery and dealing with a felonious background are often discouraged by their new lives, but don’t feel alone—resources exist.

You must make sure your background check is accurate at the local sheriff’s office. If necessary, go to HireRight to dispute your record.

The Legal Action Center created the National H.I.R.E. Network, which was designed to help those with criminal records gain reentry through employment. It offers job opportunities to individuals with criminal records and helps change public policies and social stigma toward people with felonies.

America in Recovery was designed to encourage companies to post jobs free of judgment toward those in recovery and criminal backgrounds. It was founded by Larry Keast, Venturetech owner, and it’s a nonprofit that hopes to steer individuals in the right direction.

CareerOneStop helps people find their local American Job Centers (ACJs) and provide applicants the resources on how to look for jobs, find training, and other employment needs.

Everyone deserves a second chance at rebuilding their lives. If you’re struggling with staying sober or getting a job, we can help. You must remember that you aren’t alone, and a phone call can change your life for the better.