Everything to Know About the Drug Manufacturer Roche

Roche, the Switzerland-based multinational healthcare company, is one of the most profitable drug companies in the world. It ranked as the fourth-leading biotech and pharmaceutical company by profit in the world, raking in an estimated $10.5 billion in 2018, according to Statista, a market research company. Roche has an estimated market value of more than $250 billion, according to Reuters.

In 2015 alone, Roche produced three of the eight best-selling pharmaceutical products in Rituximab, Bevacizumab, and Trastuzumab, which are used to treat lymphoma, metastatic, and breast cancers. These blockbuster drugs have put Roche at the vanguard of addressing the global pandemic known as cancer, one of the most impacting and consequential groups of diseases of our times.

Nevertheless, the drugmaker is also responsible for introducing a class of potent, widely abused drugs known as benzodiazepines, depressant medications that primarily treat anxiety, panic disorders, and insomnia, among others. Benzos are highly addictive and can present deleterious effects, especially when they are taken with alcohol.

Read on to learn more about Roche, its role in introducing benzodiazepines and treatment options.

Three years after Librium, the drug maker would introduce Valium (generic name diazepam), a groundbreaking benzodiazepine medication that would become a generational answer to treating anxiety, muscle spasms, and seizures.

In 1962, Roche introduced Fluorouracil, its first anti-cancer drug which would help solidify its standing as an industry leader in cancer research and chemotherapy. In the ensuing years, the company would diversify its holdings across healthcare, developing electronic medical instruments, delving into medical publishing and diagnostics, and acquiring agrochemical holdings. Eventually, Roche would train its focus on biotechnology.

In addition, it would also manufacture several diabetes management products.

Aside from Valium, Roche’s most widely prescribed medications are:

The Effects of Roche’s Valium 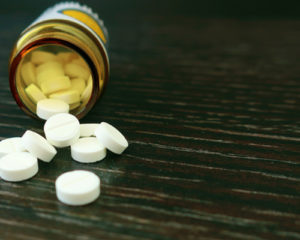 Valium (diazepam) is one of the most widely known benzodiazepine medications. It is used to treat a variety of conditions, including anxiety, muscle spasms, seizure, and alcohol withdrawal. As a central nervous system (CNS) depressant, it works by boosting the amount of gamma-Aminobutyric acid (GABA) in the body, which works to increase mental and physical calm.

It can be taken by mouth, injected into a muscle or vein, or inserted into the rectum.

When larger doses of it are taken, or if it is taken longer than prescribed, its use is capable of producing euphoria.

Like any benzodiazepine, the side effects associated with Valium are like that of alcohol and other CNS depressants.

Valium produces the following side effects:

In addition to those side effects, Valium can produce more severe ones that require medical attention:

A user can quickly build up a tolerance to Valium by taking a larger dose to experience the same effect that a previous, smaller dose yielded. That tolerance can grow into a Valium dependence, once a user stops and experiences withdrawal symptoms. What that means, according to the National Institute on Drug Abuse (NIDA) is that the body cannot function normally without the presence of Valium.

That dependence can quickly decline to addiction when a user begins to exhibit compulsive, drug-seeking behaviors where the obtaining Valium becomes the center of his or her life. They will begin to exhibit the following signs of addiction and abuse:

When Valium Is Taken With Alcohol 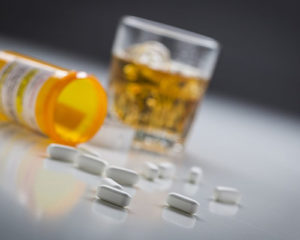 When Valium is used with other alcohol and other drugs — a practice known as polysubstance abuse — the results can be deadly. Benzos are often taking with alcohol, another CNS depressant.

When someone ingests alcohol and Valium, they usually experience profound sedation. However, that sedation can slip into overdose, causing a user to experience life-threatening overdose symptoms.

Prescription medications like Roche’s Valium have a tremendous utility in medical practice thanks to the various conditions they treat. However, it can induce addiction and set off adverse effects that only professional treatment can remedy.

A professional treatment program can provide a full range of comprehensive therapy, counseling, and support to break the cycle of addiction. When Valium is combined with alcohol, the withdrawal symptoms can be dangerous.

In treatment, you can get the Valium and other substances flushed from your body through acute treatment.

In a professional treatment program, those withdrawal symptoms can be alleviated safely and comfortably.  Depending on the severity and nature of your prescription medication addiction, you can receive comprehensive therapy and counseling through clinical stabilization services or partial care.