“Just one more drink, it’s OK.” Does this sound familiar to you? How about spending the next day recovering from drinking the night before or performing the “hair of the dog” and consuming more alcohol the day after a heavy night drinking to help a hangover. A glass of wine with a meal or having a beer at a ball game is all too common and mostly harmless, but when you start convincing yourself to have one more drink, it becomes a problem. That one drink can turn into one, two, or a full six-pack, while that glass of wine turns into a bottle.

Even if you don’t drink often, binge drinking is always dangerous. However, when it turns into something where you need to drink each night at dinner, before events, during events, or even after, you’re becoming dependent on the substance and need alcohol detox and rehab in Nashua, NH.

Alcohol is seemingly overlooked because of its legal status in the United States and around the globe. Many cultures are centered around drinking, leading us to forget that it’s a dangerous toxin. At the end of the day, alcohol is a dangerous drug. You shouldn’t let the billboard, the villain defeating hero, or billboards with happy people drinking cold beers at the beach; alcohol causes misery beyond what we see on TV. Most of the dangers from alcohol are buried by the media to preserve its reputation. The most we see are DUI accidents, which are tied to “irresponsible people who got behind the wheel under the influence.” Alcohol affects all of us, even if we aren’t the ones drinking.

Despite the warnings, none of us believes it will happen to us. Drinking at events has suddenly turned into the need to drink when you wake up, before events, and until you fall asleep each night. If this sounds like you, take solace in the fact that you aren’t alone. Help is available. Alcohol consumption is a concerning topic in the United States, with an estimated 85.6 percent of people over age 18 having consumed alcohol at one point in their lives, according to the National Institute on Alcohol Abuse and Alcoholism (NIAAA). Although experimenting with alcohol can lead to a fully developed substance use disorder (SUD), the concerning numbers are that of binge drinking and heavy alcohol consumption, accounting for 25.8 percent and 6.3 percent of people in 2019.

It’s easy to justify your drinking when you only engage on the weekends or drink once a month with a special meal. However, you’re still putting yourself at risk from alcohol poisoning or falling and hurting yourself. Binge drinking has hidden dangers, even to the person who believes there isn’t a problem. In some cases, it can be even worse because the individual has no tolerance to alcohol, and a glass of wine can get them well over the legal limit. The point of this is that no amount of alcohol is safe, especially because it’s addictive and can lead to the need for treatment. Alcohol withdrawals are among the most dangerous of any drug in existence. If you experience withdrawal symptoms when you don’t drink, it’s a strong indicator that you need alcohol detox and rehab in Nashua, NH.

Alcohol Use Statistics in Nashua, NH

Nashua, NH, is the second-largest city in the beautiful New England state. It sits in Hillsborough County, which has become known for its 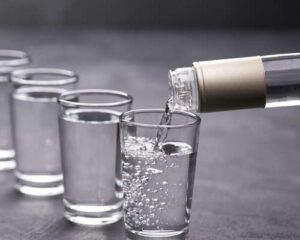 high drug and alcohol use numbers in the region. According to the Open Data Network, the excessive drinking rate in Hillsborough County, New Hampshire, was 17.60 percent in 2015, making it the second-highest in the state. The same data found that traffic deaths involving alcohol impairment came in at 33.60 percent, highlighting a significant issue for the area. Again, it goes back to what was discussed above–you don’t need to be diagnosed with a substance use disorder for alcohol to affect you. Even drinking one time on one night can have devastating and lasting consequences.

U.S. cities and states throughout the Northeast are battling drug and alcohol issues at historical clips. One such belief is its location, leading to long nights and cold winters for many months of the year. Seasonal affective disorder (SAD) is more prevalent in this part of the world than in Southern U.S. states, which could contribute to the vast figures. No matter the cause, if you’re in dire need of alcohol detox and rehab in Nashua, NH, Serenity at Summit can help. We won’t stop until you’re alcohol-free and ready to lead a healthy life.

Whether you’re aware of your drinking problem or not and others around you are pleading for you to get help, now is the time to change your life. Remember, stopping alcohol without professional help can be dangerous. For that reason, you must commit yourself to alcohol detox and rehab in Nashua, NH, to prevent dangerous complications. If you’re tired of this life and ready for something new, continue reading to see what happens when you step into our facility.

As noted earlier, alcohol withdrawal is extremely dangerous. For that reason, you should never forgo the process without help. Acute treatment services are designed to help those with acute or medical needs that stem from alcohol abuse. Alcohol withdrawal is not only dangerous, but it’s extremely uncomfortable and nearly impossible to overcome alone. You’re likely to relapse and place yourself in grave danger. You must commit yourself to these services to get over the hump safely.

Alcohol withdrawal can be safely managed with inpatient services, where you’ll remain on-site for a period of up to seven days while your body clears the alcohol or other toxins from its system. You’ll have access to 24-hour medical care and could be given medication to ease your symptoms and make the process far more tolerable. Acute treatment services are ideal for someone with medical needs that alcohol use has worsened.

Once you reach this level of care, you’ll still be treated around the clock, but the process will be less intense. You’ll be past the severe acute withdrawals where seizures might occur. At this point, you’re tasked with battling post-acute withdrawal symptoms (PAWS) that will give you some trouble. Fortunately, clinical stabilization services (CSS) are perfect for those finishing detox. It’s a short-term treatment option that lasts as long as you need to be there. You’ll go through individual and group therapies to discover the root cause of your substance use disorder and learn what triggers you. You will learn how to deal with these triggers so that you can avoid having a relapse.

The process of alcohol addiction treatment isn’t one that’s going to be easy. You’re going to be challenged many times on your quest toward reaching this point. However, you aren’t done once you leave treatment. Addiction is a chronic and lifelong disease that requires management at the highest level. For that reason, Serenity at Summit will continue to help you find 12-step programs and put you in touch with fellow alumni who can help you manage your sobriety. No one ever said it was going to be easy, but if you’re ready to put in the work, you can turn your recovery goals into a reality.

Before committing to treatment, you might have some questions for us. If we miss your question or we don’t answer it in its entirety, please contact our intake coordinator for more information.

How long you stay in rehab depends on several factors, including how long you’ve been drinking alcohol, if you’ve been using other drugs along with alcohol, if you have mental health disorders, among other things. For that reason, since treatment is tailored to your needs, we can’t answer that until we evaluate you. The process typically lasts from 30 to 90 days.

How much does drug rehab cost?

Again, since treatment is tailored to your specific needs, we can’t provide a sufficient response. Whether you’re insured or not also plays a role. Please contact our staff to discuss your situation.

Yes. Whether you live in Nashua or in neighboring cities, you’ll be required to travel to Serenity at Summit.

Our facility is in-network with many insurance providers and accepts many more. Please contact yours to determine what’s covered.