Depersonalization is a strange psychological phenomenon that may be poorly understood. It involves a disconnect from reality that’s often associated with out-of-body experiences. This disorder shares similarities with a psychotic disorder, but it’s not psychosis. It also comes from a natural function that serves as a defense mechanism. What is depersonalization, and when does it turn into a dissociative disorder? Learn more about depersonalization and what you can do to address the disorder.

Depersonalization (DP) is a psychological phenomenon commonly associated with periods of stress or trauma. It’s characterized by feelings of being disconnected from reality, despite the awareness that the feeling isn’t real. DP is common, but it can sometimes develop into a disorder. A DP disorder is in a category of mental health issues called dissociative disorders, which are defined by feelings of disconnection from reality, emotional numbness, and out-of-body experiences.

Depersonalization refers to several symptoms that may be related to one another. Common symptoms may include:

DP disorders can also cause a feedback loop that’s caused by anxiety. A depersonalization episode can be a frightening experience. You may feel like you’re going crazy, which makes you feel anxious. That heightened anxiety can lead to stress that causes more dissociative symptoms, and the cycle repeats.

Psychosis refers to a psychological state in which you are disconnected from reality. It may cause hallucinations or delusions. Someone with psychosis may hear or see something that seems real but isn’t there. They may hold beliefs and fears that seem real despite logic or evidence to the contrary. Because of this disconnection from reality, depersonalization sounds like it would fit in with psychotic symptoms, but there is one major distinction: awareness.

Is Depersonalization a Defense Mechanism?

Depersonalization is often misunderstood as a mental health issue on its own when it is often an indicator of some other problem like stress or trauma. Depersonalization may not be a disorder like depression or anxiety. Instead, it may be a natural defense mechanism built into your brain to protect you from trauma.

Depersonalization often emerges during a period of stress or trauma. Your brain protects you from an overwhelmingly painful reality by removing you from it psychologically. You continue to function from a third-person perspective rather than being in the thick of a trying time. Again, unlike other dissociative problems, you can continue to tell the difference between reality and unreality, despite your disturbing feelings that there is a barrier between you and the real world.

Is Depersonalization Connected to Fight or Flight?

Depersonalization is thought to be connected to your body’s fight-or-flight response. Fight-or-flight is a function of your brain that prepares you to deal with danger or a potential threat. Many animals share this response with humans. Fight-or-flight has both physical and mental effects. Your thoughts get faster, anxiety increases your focus on the danger and decreases your ability to focus on other things, and your heart speeds up, sending blood to your fighting or running muscles. Those are just some of the many effects your body goes through when your hackles go up, and depersonalization may be one of these effects.

In fact, depersonalization may be a third route your body takes that’s uniquely human. In the animal world, danger causes animals to stand and fight, run away, or, in the cases of possums and fainting goats, freeze. But in the human world, there are situations in which none of those options are very good. When your boss yells at you for a mistake, though you may want to slug him or run away, those responses aren’t usually appropriate or beneficial to you.

In many of life’s stresses and traumas, the only way out is through. But sometimes it’s so much for you to put up with. That’s where depersonalization comes in. If there’s no fighting or fleeing your way out of trauma, your brain allows you to assume the role of an observer, putting a degree of separation between you and trauma.

How Common Is Depersonalization? 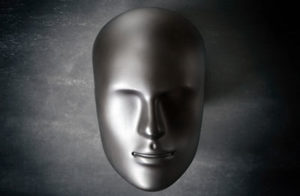 Depersonalization experiences become a disorder when they last longer than a momentary episode that’s associated with stress or trauma. If depersonalization continues to occur frequently or for a long time, it may start to negatively affect your life. If DP symptoms start to negatively affect your ability to function in your life, you may need to see a medical or clinical professional.

How Is Depersonalization Diagnosed and Treated?

To qualify as a depersonalization-derealization disorder, the Diagnostic and Statistical Manual of Mental Disorders, Fifth Edition (DSM-5) outlines the following factors. First, you experience frequent and recurring episodes of unreality, detachment from reality, or being an outside observer of reality.

Second, you are still aware that these feelings of detachment from reality aren’t real, and you can still tell the difference between bizarre perceptions and the real world. Third, these symptoms cause distress that affects your life and ability to function socially, occupationally, and in other areas of your life. Fourth, your symptoms can’t be explained by substance use or misuse. Fifth, your symptoms can’t be better explained by another mental health issue.

In many cases, treating anxiety, stress, and traumas that feed depersonalization symptoms can alleviate them. DP is often a warning sign that there is some unresolved trauma or anxiety disorder that you’re dealing with. Speaking to a medical or clinical professional can help uncover these underlying issues. Trauma and anxiety disorders can be treated with psychotherapy, behavioral therapies, and medication.