Tranxene (clorazepate) is a member of the category of drugs known as benzodiazepines. It shares many of the medicinal effects and side effects that are common to this group of drugs.

Side effects include the potential to develop tolerance to and physical dependence on the drug rapidly.

All benzodiazepines are central nervous system (CNS) depressants that slow down the functioning of the neurons in the brain and spinal cord.

Tranxene is a controlled substance classified in the Schedule IV category, and it requires a prescription from a physician to be legally obtained and used.

It is commonly used in tablet form. 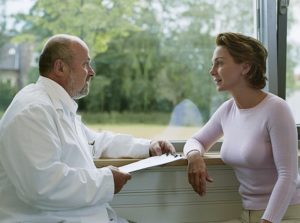 Before the medication is prescribed, a physician and patient should discuss the potential benefits and risks of using the medication for the particular case.

This will typically involve understanding any potential allergies the individual has, as well as going over any medications the person is already taking.

Tranxene can interact with other medications in numerous ways. It is essential that any potential adverse interactions be eliminated before the individual uses the medication.

Other considerations before prescribing Tranxene include:

The drug is not recommended for individuals under the age of nine. Elderly individuals are more likely to experience negative side effects.

Tranxene is not recommended for pregnant and breastfeeding women, as there may be a risk for harm to the baby.

People with certain medical conditions should not use benzodiazepines, including those with obstructive sleep apnea, bronchitis, chronic obstructive pulmonary disease, and myasthenia gravis.

People with certain mental health conditions, such as severe personality disorders, should not use benzodiazepines.

Individuals with histories of substance abuse should be prescribed benzodiazepines sparingly.

The drug is primarily used to control anxiety and address symptoms of alcohol withdrawal. It may be used to treat seizures.

For anxiety, the typical dose is 30 mg per day for adults, which can be taken in divided doses. Initially, elderly individuals should take significantly lower dosages. Then, those amounts can be altered as needed, such as from 7.5 mg to 15 mg.

When the drug is used to control seizures, it is often taken three times a day in starting doses of 7.5 mg. From there, it is increased or adjusted as needed.

Its use in the control of alcohol withdrawal is determined by the supervising physician.

Side Effects of Tranxene

The most common side effects of Tranxene are dizziness, sedation, lethargy, and mild problems with motor coordination.

There Are Other Potential Side Effects That May Occur In Some Individuals.

Some other side effects that are not listed above can occur in certain individuals.

For instance, some people may develop allergic reactions that can include rash, hives, panic attacks, swelling of the lips or tongue, anxiety, panic attacks, and other symptoms.

Any person experiencing an allergic reaction should stop taking the medication immediately and contact their physician.

Side effects are typically rare occurrences that may often resolve over time. When the drug is used according to its prescribed instructions, few people will experience serious issues.

Anyone experiencing any side effects associated with the use of Tranxene should contact their physician.

Like all benzodiazepines, individuals who use Tranxene for extended periods of time will develop some level of tolerance to its effects. They will find that the drug begins not to work as well as it did when they first started taking it.

Also, individuals who use the drug for long periods may develop withdrawal symptoms if they abruptly stop using. These symptoms include anxiety, irritability, confusion, nausea, and others.

Because benzodiazepine withdrawal can also include potentially dangerous seizures, anyone taking Tranxene should only discontinue use of the drug under the supervision of their doctor.

Tranxene can be a potential drug of abuse. Individuals should use Tranxene only for the purpose for which it has been prescribed, according to its prescribed instructions, and while they are under the supervision of a physician.

Tranxene should not be used in combination with alcohol or other drugs of abuse.

An overdose on any benzodiazepine can be a serious and even life-threatening event.

When a person mixes a benzodiazepine like Tranxene with another CNS depressant like alcohol, prescription pain medications, sleep aids, or other benzodiazepines, the risk for overdose increases significantly.

An overdose on Tranxene can be potentially fatal.

If a Tranxene overdose is suspected, call 911 immediately.