According to the National Institute of drug abuse, opioids are a class of drugs that are both in the illegal and legal markets. One of the most common forms that illicit opioids take is heroin. Pain relievers such as prescription drugs are often legally obtained but dangerously abused. Some of these prescription opioids include codeine, morphine, and others.

Even though opioids are primarily used to treat pain, many of these substances produce a high that many people look for recurrently in order to feel calm and relaxed. Opioids are chemicals that bind to the brain’s receptors, which are associated with pain and addictive disorders.

The drug is taken in various different ways. One of the most common ways to take prescription opioids is by mouth, though they are also used intravenously. Other forms are skin patches, analgesia pumps, and intraspinal administration.

During the period in which opioids are being taken, you may experience a series of common side effects such as vomiting, nausea, tiredness, sexual dysfunction, respiratory problems, and constipation. As bad as these side effects may seem, the withdrawal phase is just as serious and can have deadly consequences if not treated medically.

How Opioids Affect the Brain

Opioids have a series of side effects in the brain like drowsiness and mental fog. Developing a dependence on opioids often leads to addiction, causing the patient to use more of the drug, which in turn can lead to an overdose. 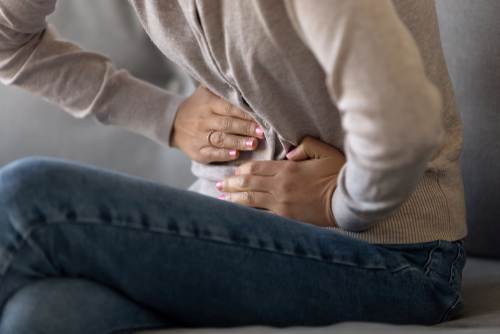 By binding to the brain’s receptors, opioids begin to cancel out the pain signals the body sends to the brain. As time goes on, the body becomes more and more tolerant. At this stage, the patient will require increasing doses in order to feel any effect at all.

The effects of an overdose include an inability to speak or be woken, pale skin, slowing or complete stoppage of breathing and heartbeat, limp body, as well as vomiting or gurgling sounds.

Opioids affect the brain’s reward system, which is why most people seek the drug constantly in order to feel a euphoric high.

This feeling is extremely addictive, which is why it is always recommended to seek medical attention once someone starts using opioids to obtain a high rather than the use that was initially intended.

What You Can Expect From Opioid Withdrawal

Opioid withdrawal syndrome is a serious common characteristic of quitting these drugs cold turkey. These symptoms include:

When a person is constantly vomiting and suffers from diarrhea: dehydration, hypernatremia, and heart failure may follow.

People struggling with opioid addiction, and want to detox at home, are particularly vulnerable to overdose as their sensitivity will go up, and their tolerance will go down. For this reason alone, opioid withdrawal is considered to be one of the most dangerous substances both during intake and after quitting cold turkey. The safest way to detox from an opioid is in an addiction treatment center, where they can be medically supervised throughout the process.

Every opioid addiction case is going to be different. There are many factors that are involved. How long you have been using opioids and how much you consume per use will contribute to the opioid withdrawal timeline and how intense the symptoms will be. Keeping this in mind, there are common traits that many people struggle with when they quit opioid abuse cold turkey.

During the first day of quitting, the symptoms mentioned above will begin to manifest in the body. Symptoms include agitation, strong palpitations, hypertension, anxiety, muscle pains, insomnia, fever, and running nose. During this time, it is very common for people to relapse or simply begin taking other substances in order to cope with the uncomfortable symptoms of the initial withdrawal phase.

In most cases, the harsh symptoms of opioid withdrawal usually last around two or three weeks. Some may often experience mild symptoms even after the first month of quitting. However, at this stage, no dire consequences are present, unlike the initial symptoms during the first week or so.

What Are the Opioid Withdrawal Treatment Steps?

The first step in becoming free from substance abuse is to go through medical detoxification. Medical detox is one of the most comprehensive and effective ways to eliminate addiction and prevent future substance abuse.

Quitting opioids and dealing with the effects alone is nearly impossible to overcome, especially in serious addiction cases. Detox combines the best of both worlds (pharmacological and psychological methods).

After detox, residential and outpatient programs are also quite helpful. Each program offers a variety of options for people who seek recovery. Residential treatment is for more severe cases of substance use and has you living at the facility for regular clinical therapy and treatment. During outpatient programs, however, the person can live at home while regularly participating in weekly treatment.

The major advantage of treatment is that it is personalized to your unique needs.