There are more than 15 types of benzodiazepine medications circulating in the pharmaceutical markets that have been approved by the U.S. Food and Drug Administration, and they are widely prescribed for various medical and mental health concerns.

Benzodiazepines are psychoactive drugs that were synthesized in 1955, but they weren’t popular until the 1970s, when they became the most widely prescribed medication in the world. These are generally prescribed as sleep aids and anti-anxiety medication. The drugs have found great success in treating epilepsy as well.

The medications were created as a less addictive alternative to their predecessor, barbiturates, which was the original choice for treating anxiety and insomnia. Unfortunately, as successful as barbiturates were in their time, they were found to be highly addictive and have more adverse effects than they were capable of treating. The highly addictive medication showed more signs of abuse than ailments it was treating, and it has an incredibly high level of causing addiction. This led to their fallout from the health care industry, and physicians stopped prescribing them for widespread use.

Today, benzodiazepine medications are used to treat 40 to 50 million adults in the United States that struggle with a combination of anxiety or sleep disorders. These issues affect a significant portion of our society. A vast majority of the population will use benzodiazepine drugs as prescribed, but there is still a significant portion that will abuse the potent medication.

Benzodiazepines fall into a broad category of medications are known as central nervous system (CNS) depressants and include more than 2,000 unique chemical substances. There are only a handful of benzos that are on the market and medical community but also are used illicitly. These include Klonopin, Librium, Ativan, Valium, and Xanax which have 50 million prescriptions written each year.

Benzodiazepines are consistently one of the most overprescribed drugs in the United States. There has been a threat of a pending benzo crisis that is creeping in the background of the opioid crisis taking our country by storm, and the practice of overprescribing is solidifying this possibility. The National Institute on Drug Abuse (NIDA) reports that more than four times the amount of fatal overdoses due to benzodiazepine took place in 2015 when compared to 2012.

The drugs have been proven useful; otherwise, they would not be prescribed medically. But benzos possess a significant risk for abuse and addiction. Unfortunately, the withdrawal symptoms are inherently dangerous. Benzodiazepine detoxification requires intervention and the supervision of a professional medical detox facility for it to be carried out safely.

What to Expect From Benzodiazepine Withdrawal

Benzodiazepine withdrawal is among the most dangerous of all substances on this planet. Because of its status as a central nervous system depressant (CNS), it shares detox symptoms with alcohol, which can also be life-threatening if not properly monitored.

The symptoms can range from mild in the early stages and include:

The symptoms can progress and become deadly that include:

As mentioned above, the sudden cessation of benzodiazepines after a prolonged period of abuse can initiate old symptoms of anxiety or insomnia that can return much worse than before. Rebound insomnia can result in total sleeplessness for several days, and rebound insomnia can cause feelings of severe paranoia and panic attacks. Someone who struggles with benzodiazepine withdrawal is likely to experience an even more severe set of symptoms in the event of benzodiazepine withdrawal syndrome. This will likely occur after hefty usage of benzos within a short period.

As a result of this set of symptoms, those going through benzodiazepine withdrawal could also experience tonic-clonic seizures as well as delirium tremens (DTs).

Many questions require answers when about benzodiazepine withdrawal, and one of those questions concerns how long the process lasts. A general timeline can help guide individuals through the process, but it’s important to understand that it will vary from person to person. There is no specific one-size-fits-all answer to these questions, but there is some general guidance to help make someone aware of what they are getting themselves into with the process as a whole.

As with all drugs that fall into the benzodiazepine category, the exact length of any given withdrawal period varies significantly between those who are stopping their benzo use. Some of the questions that address unique factors include:

The type of benzo that someone has become dependent on will also play a role. Someone who is using Xanax or Ativan will have shorter withdrawals because each of the drugs has a shorter half-life, whereas someone using Klonopin or Valium will experience more protracted withdrawals because of a longer half-life.

What Are the Benzodiazepine Withdrawal Treatment Steps?

Throughout this article, the dangers of benzodiazepine withdrawal should be highlighted multiple times. It is among the most difficult yet dangerous experiences someone can go through, and one should never consider going through it alone. 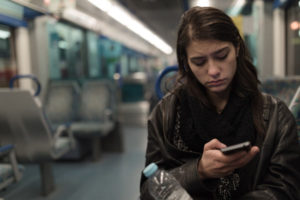 Benzos, not surprisingly, have a very high rate of relapse among users who try to end their dependence by detoxing on their own. The symptoms we’ve mentioned are driving factors that can push someone right back into using because they want to ease their symptoms. Addiction recovery specialists recommend the full continuum of care when it comes to recovering from benzodiazepine use. Someone who is in benzodiazepine withdrawal should immediately check themselves into medical detoxification to avoid any dangerous side effects that can occur. The safety of the individual is guaranteed by around-the-clock monitoring by medical professionals. They also will administer medications to ease the discomfort of the withdrawals, and set up a tapering schedule to wean the client off benzos slowly so that seizures do not occur.

Once detox has been completed, the next step will be a residential treatment center that helps avoid relapse and sets the client up for long-term recovery. If you are struggling with any of the substances listed above, or even any other benzodiazepines that you want to stop, it is time for you to get the help you need.

Benzodiazepine addiction is extremely dangerous, but it can be more dangerous if you stop taking them after longtime use. It is especially true if you quit abruptly after developing a chemical dependence. If you start to feel withdrawal symptoms, it’s important to seek help as soon as possible.

If you or a loved one is struggling with a substance use disorder that is related to any of the benzodiazepines listed above or any that are not listed, there is help available. Speak to an addiction treatment specialist at Serenity at Summit to learn more about benzodiazepine addiction and how it can be treated.