Since the dawn of time, humans have sought ways to improve their lives. Whether it was pain relief, mood stabilization, or treatment to fall asleep, medication has been one of the most astounding creations in our existence. Science has developed revolutionary treatments to help individuals manage any ailment that comes their way. Medications like Xanax and Librium are two benzodiazepine drugs that have changed medicine. While we can use many positive adjectives to describe these breakthroughs, benzodiazepine drugs like Xanax and Librium also have their downsides. While similar chemically, there are many differences.

In their quest for insomnia, anxiety, and seizure relief, scientist Adolf von Baeyer synthesized the first-of-its-kind drug known as a barbiturate. It was later perfected by French chemist Edouard Grimaux in 1879. It was groundbreaking, and their scientific accomplishment resonated with the medical community. Those suffering from seizures, anxiety, or sleep problems finally had relief. Between the 1920s and mid-1950s, barbiturates were the only medicines used as hypnotics and sedatives. While it worked great, provided much-needed relief, and changed medicine, many people complained of adverse side effects, including withdrawals, chemical dependence, and addiction.

Unfortunately, the revolutionary drugs were dangerous. Although they’re practical in extreme situations, it wasn’t something to treat the 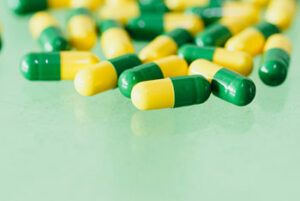 general population with due to side effects. For that reason, scientists set out to develop a medication with fewer side effects. The result? Benzodiazepines. Chemist Leo Sternbach developed the first benzodiazepine, which they called chlordiazepoxide (Librium). Benzodiazepines like Librium were initially believed to be less toxic and less likely to cause dependence than barbiturates. A specific improvement was the lack of respiratory depression, a serious concern with barbiturates.

Despite addiction, dependence, and severe withdrawal symptoms, Librium and Xanax are highly effective medications to treat the above-mentioned issues. In most cases, doctors believe the benefits outweigh any potential adverse outcomes. With that being said, most people will take their medication as prescribed and won’t abuse it, but that doesn’t mean you should turn a blind eye. Knowing about Xanax and Librium and their similarities, differences, and potencies can help you avoid becoming a statistic.

Benzodiazepines, sometimes called benzos, are central nervous system (CNS) depressant prescription drugs used to treat anxiety, insomnia, and seizures. Librium and Xanax are classified as benzodiazepines that have various characteristics, such as anti-anxiety, hypnotic, and muscle relaxants. In most cases, they’re used for short-term treatment of acute symptoms and seldom used longer than 14 days due to the potential for dependence. While they’re considered safe, that can change in a flash when you don’t follow your doctor’s instructions.

Xanax vs. Librium: How Are They Similar?

Xanax vs. Librium: How Are They Different?

Despite their similarities, there are some key differences between the two to discuss. The U.S. Food and Drug Administration (FDA) has approved Librium for treating alcohol withdrawal symptoms, preoperative anxiety, and common anxiety. When someone is prescribed Librium for alcohol withdrawal, it’s taken under strict supervision in an inpatient medical detox setting. In comparison, Xanax, sometimes referred to as alprazolam, is an FDA-approved drug to treat panic attacks and anxiety. It’s not ideal for treating symptoms of withdrawal from other depressants and better for acute panic attacks.

Another difference is that Librium is a long-acting drug that takes several hours before it reaches peak concentration in your bloodstream, which is why it’s used to lessen severe alcohol withdrawal symptoms. Xanax, on the other hand, works quickly, which is why it’s perfect for abrupt anxiety or panic attacks. As a short-acting benzo, it reaches peak concentration in your bloodstream in as little as one to two hours after you ingest it orally. Due to its quick onset, it also leaves your system much faster than Librium.

As mentioned above, Librium is a long-acting benzodiazepine that takes several hours before reaching peak concentration in your bloodstream. For this reason, Librium has a long half-life, which refers to how long it takes for half the dose to exit your system. Depending on your metabolism and other factors, it could take anywhere from 24 to 48 hours for half of the amount to leave your system. It generally takes five half-lives for drugs to entirely exit your system, meaning Librium can remain in your body for up to a week or more.

In comparison, Xanax has a much shorter half-life of 11.2 hours, meaning it will exit your body in a few days. Some factors that influence this include your age, weight, and metabolism. If you have a higher level of body fat, drugs will remain in your system longer than someone with less body fat. The metabolites will accumulate in your fatty tissues, leading to a longer duration in the body. Even if it takes Xanax longer than a few days to exit your system, it’ll still be less than Librium.

Both drugs produce similar side effects, such as tiredness, drowsiness, blurred vision, or headache. However, the effects of Librium that differ from Xanax include skin rash, swelling, or irregular menstrual periods in women. The most common Librium side effects include the following:

Other Xanax side effects include:

Whether you’re taking Xanax or Librium, do not stop using either drug abruptly. Due to its effects on GABA, immediate cessation without tapering can lead to seizures, which can be fatal. For that reason, you must speak to your doctor about your severe side effects. They might recommend tapering slowly as opposed to stopping all at once. However, if the effects are severe, they might recommend another benzodiazepine to take as you taper. It all depends, and you must speak to your doctor.

Should I Take Librium or Xanax?

If you can, try not to take any benzodiazepine drugs. They might work initially, but you’ll slowly build a tolerance. If you take more to bypass this, you’ll become dependent on the medication, meaning you’ll have to take either one to avoid withdrawal symptoms. Your best option is to seek alternative treatment. However, if that fails, your doctor can recommend which drug works best for your situation. If you’re battling acute panic attacks, Xanax will be the better option. If you need longer-acting benzos, Librium will be the better option.