Can You Overdose on Flexeril?

Yes, you can overdose on Flexeril.

If you witness someone overdosing on Flexeril, call 911 immediately.

Cyclobenzaprine is the active ingredient in the prescription muscle relaxant Flexeril. Flexeril is meant to be taken on a short-term basis for the relief of muscle spasms which are related to significant musculoskeletal disorders.

The Prescriber’s Digital Reference (PDR) explains that cyclobenzaprine is designed to be taken in doses that do not exceed 30 mg per day, usually in doses of 5 mg at a time three times a day, or 15 mg once every 12 hours in an extended-release form.

The dosage amount was actually lowered by the FDA in 2003 due to the risk of adverse reactions at higher doses.

Academic Life in Emergency Medicine (ALiEM) publishes that a cyclobenzaprine overdose is not typically life-threatening, but the incidence of toxicity and amounts are not entirely documented.

The U.S. Drug Enforcement Administration (DEA) publishes that there were over 12,000 visits to emergency departments (EDs) in 2010 involving cyclobenzaprine.

A Flexeril overdose should be treated as a medical emergency. 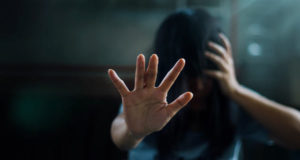 The DEA publishes that relaxation, sedation, and increased heart rate are the most common side effects of cyclobenzaprine misuse. Euphoria is also reported in some cases.

An overdose is when levels of the drug become toxic in the bloodstream. Mood changes and physical manifestations can occur.

A cyclobenzaprine (Flexeril) overdose can come on suddenly. Drowsiness and irregular heart rate ( arrhythmia) are the most common effects.

Additional signs of a Flexeril overdose may include the following:

The prescribing information for Flexeril from the U.S. Food and Drug Administration (FDA) reports that fatal overdose is rare, but mixing the medication with other drugs or alcohol is common in overdoses. Combining Flexeril with other substances, especially other central nervous system depressants like alcohol, can increase the risk for overdose greatly.

The Mayo Clinic warns that the following are signs of serotonin syndrome, which can be fatal:

The onset of serotonin syndrome is a potentially life-threatening event. Immediate medical intervention is needed.

Abuse of Flexeril raises the odds for overdose. The drug is intended to be taken orally, swallowed in tablet form in recommended doses.

When too much of the medication is taken at a time, taken between doses, or it is chewed, or crushed and snorted, toxic levels can be reached more quickly, and the risk for overdose is amplified.

Other factors can play a role in the risk of overdose as well.

Regular use of Flexeril may lead to drug tolerance, which means that it will take more of the drug each time to feel its effects. This can lead to increasing doses, which also raise the risk of overdose.

The more and longer you take Flexeril, especially if it is misused, the more likely an overdose is to occur.

What To Do In the Event of an Overdose

Since an overdose can come on suddenly and progress quickly, it is important to get help as soon as possible.

Mood changes and physical distress are causes for immediate concern, and medical attention should be immediately sought.

If you suspect a Flexeril overdose, call 911 right away. Give the following information to first responders:

Even small details can be helpful, so the more information you can give, the better.

While waiting for the first responders to arrive, it is helpful to keep the person calm and in a safe place.

A Flexeril overdose is not always fatal. It can be dangerous, and it should be treated quickly by a medical professional.