The Laws Surrounding Heroin Use & Possession

Unless you’ve been living in another country without access to the United States news, you’re probably aware of the opioid epidemic that is causing the rapid decline in age expectancy in citizens of the country.

Every day, more than 130 people die as a result of opioid overdose, a number that has exploded in the past decade.

Each year, more and more people are falling victim to opioid addiction, and this has caused the U.S. Centers for Disease Control and Prevention (CDC) to publish an article lowering expectancy for the second time in three years.

A century ago, the average life expectancy in the United States was a mere 39 years old, and today we have enjoyed an increase in that department because of sophisticated and modern medicine to eradicate the disease. Today, we are searching for that answer for heroin and opioid addiction.

The CDC director Robert Redfield, M.D., released a statement noting “life expectancy gives us a snapshot of the nation’s overall health, and these sobering statistics are a wake-up call that we are losing too many Americans, too early, and too often, to conditions that are preventable.” Before life expectancy began to increase, human beings had to deal with the Spanish Flu and plagues that had no cure. Once medication began to catch up with the conditions, we started to enjoy longer lives, which gave people of the world hope.

Unfortunately, we are dealing with a modern day epidemic in which there is no immediate cure. Opioid addiction has swept the nation and has killed more than 700,000 people in 18 years. One person notes, “it’s shocking that the United States, with its vast resources, continue to see increases in preventable deaths. We need to make better use of our resources and work to improve the lives of all Americans.”

Shockingly, laws regarding heroin use and possession are stiff, but with such a significant number of people using the drug, it has caused prison overcrowding. Imagine if you had Type 1 diabetes and wind up behind bars, and you didn’t get the injections necessary to control your blood sugar. There would be public outrage that violates human rights, but when it comes to addiction, the penal system doesn’t view this as a disease. 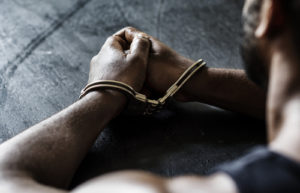 We are still in a time where it seems more like a choice rather than a disease that needs curing. It happens every day across the country, and it’s crucial to understand the laws surrounding heroin use and possession.

Penalties for drug possession increased dramatically when President Nixon started the war on drugs in 1971. The policies were then expanded in the 1980s by President Regan, and zero-tolerance policies, as well as three-strike laws, flourished under the administration.

As a direct result, it caused the number of individuals incarcerated for nonviolent drug crimes to go from 50,000 in 1980, and spike to 400,000 in 1997. Fortunately, our view about drugs is beginning to expand, and addiction is being looked at less like a choice while being accepted for the disease it is.

The Different Types of Drug Possession

Not all drug possessions are defined the same, and getting caught with heroin will be vastly different than getting caught with marijuana. The penalties for the crime vary on several factors, some of which include how much of the drug a person possessed and what it is. Possession of prescription opioids is also illegal if the individual in question does not have a valid prescription from a licensed medical professional. Penalties for prescription drug possession has increased drastically over the years due to the spike in illegal prescription use.

Illicit and prescription drugs are federally classified in the United States to be in one of five categories that underscore their potential for addiction and whether they have any medicinal value.

It’s imperative to mention that state laws differ from federal regulations. For example, in California simple possession of heroin is a misdemeanor, which is punishable by a fine of $1,000, community service, or up to one year in jail. The drug laws in California are much more relaxed than other states, and heroin possession in Florida for example with the same amount is considered extremely serious felony. In addition to possession, additional charges can occur such as paraphernalia possession.

While the laws may differ by state, federal law still prohibits the sale, offer to sell, mail, import, or export heroin. Other states have specific laws against items related to the creation and distribution of drugs that fit under the paraphernalia category. Some of these include:

What Are Federal Heroin Penalties?

Heroin addiction has the potential to put you straight in prison. As we’ve read, federal drug laws regarding heroin can be life-changing, and continued use despite the consequences indicates addiction. Fortunately, however, heroin addiction is a treatable disease that can save you or a loved one from going to jail or worse. The hardest part should be admitting to the problem and overcoming it, not choosing a treatment center.

If you or a loved one is battling an addiction of any kind, they must seek treatment immediately. Our addiction specialists at Serenity at Summit are ready to listen to your story today. Feel free to give us a call 855-956-4940 or contact us online to learn more about how we can help.